Here's Some Good News: PFF's Top-100 Prospects List is Loaded at WR and OL (Where the Bears Have Major Needs!) Skip to content 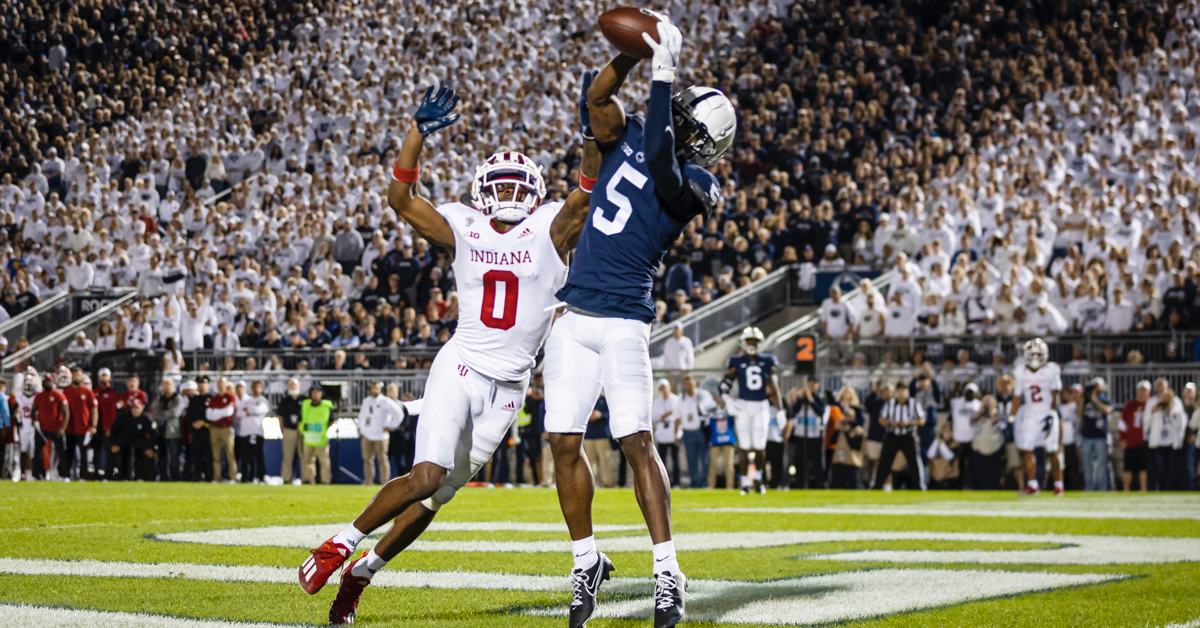 Finding the silver lining in dark clouds hovering above the Bears is getting harder now that we’re in December.

Justin Fields has injured ribs, and his return was uncertain before today. So much so, Nick Foles could conceivably start vs. the Packers. Khalil Mack is out for the rest of the year with a foot injury, while Akiem Hicks and Allen Robinson II headline a list of active Bears who have been unavailable on game day recently due to their own injuries. And then there is rookie tackle Teven Jenkins, who is finally healthy, but isn’t getting the playing time or development opportunities seemingly because he can’t help the Bears win right now. You know, because the head coach is putting his personal interests ahead of the team’s interests — even though he said you’d be in the wrong if you were a coach who did just that.

But it isn’t all gloom and doom for the future of Chicago’s football team. Sure, the 2022 NFL Draft feels like forever from now. And the Bears don’t even have a first-round pick. But the 142 days between now and draft weekend will fly by before you know it. Plus, it should make you feel better knowing Pro Football Focus’ first top-100 big board is loaded at players who play positions the Bears *DESPERATELY* need to fill. As an additional bonus, many of these prospects land in spots where whomever is running this team figures to be drafting.

Instead, here are the names worth knowing:

If 12 eligible offensive line prospects whets your appetite for prospect chow, then seeing 10 receivers who could conceivably land as second- or third-round picks in April should really get you going.

The receiver position is stacked at the collegiate level. It’s getting to a point where teams are getting tremendous value from players on rookie-scale contracts who are being taken outside of the first round. Between following Allen Robinson II’s career, facing Davante Adams twice a year, and witnessing Darnell Mooney’s growth, Bears fans should have an idea of how receivers found on Days 2 and 3 of the NFL Draft can jump right in and make a positive impact.

Get to know some guys who will most likely be on our radars this spring:

The less I think about the current state of the Bears’ secondary, the better it is for my mental health. However, I know I can’t ignore the defensive backfield forever.

Here is some good news: There seem to be ample draft-eligible cornerbacks and safeties to choose from next April. And as we have learned watching Jaylon Johnson and Trevon Diggs thrive early in their professional careers, first-round talent can slide into the second round. Should players of that caliber slip to anywhere the Bears are picking, they should pounce on the opportunity.

But here is the bad news: These Bears have significant needs at receiver and along the offensive line. And because Chicago has just two Day 2 picks at its disposal right now, it is impossible to check off hall of the team’s possible needs. You simply can’t draft five players with two picks. Sorry, that’s just not how math works.

However, I can’t leave this on a sour note. So check out these names we’ll certainly have eyes on as the build up toward the draft commences: