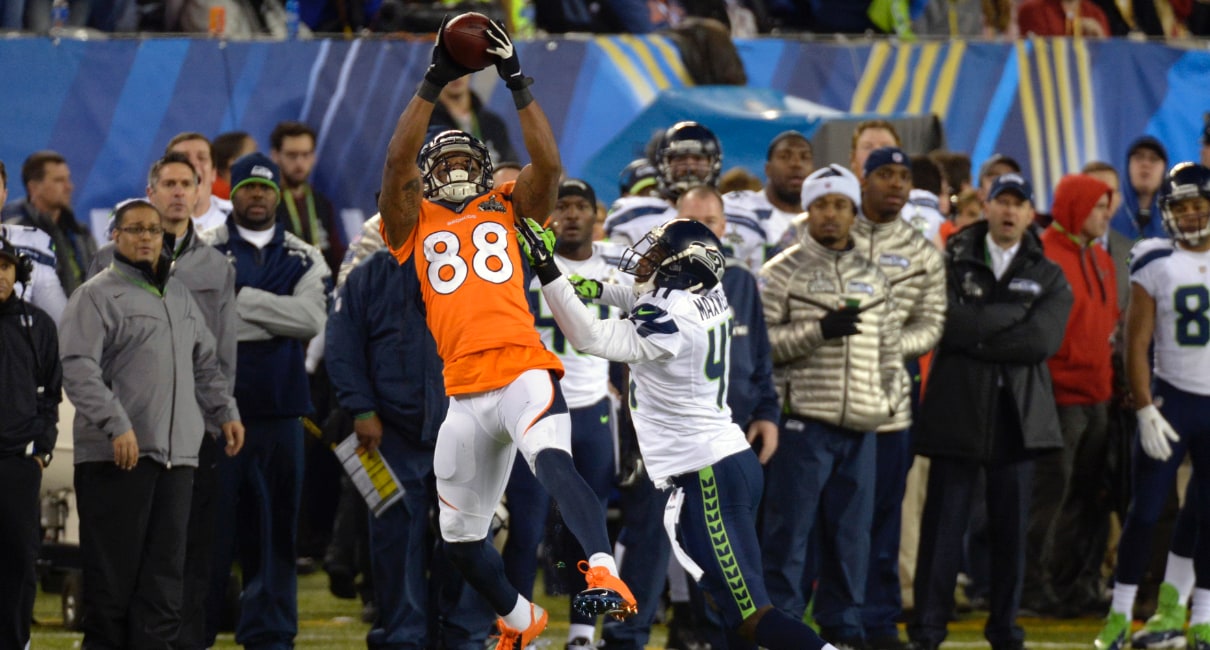 In very unfortunate news this evening, there are now multiple reports (though none from the team or family) regarding the passing of former Denver Broncos wide receiver Demaryius Thomas.

Speculation began to swirl on social media earlier tonight, and then Miles Garrett of FOX 5 Sports in Atlanta reported that he spoke with Thomas’ former high school position coach at West Laurens High School, Jeff Clayton, who, according to Garrett, confirmed the passing of Thomas.

He tells me that the rumors are true. The former Georgia Tech and Broncos receiver has passed away at the age of 33. pic.twitter.com/WnmVfm1ln2

Just got confirmation as well.

One of the kindest humans I've ever met. EVER.

If the reports are accurate, Demaryius Thomas was 33 at his passing and fondly remembered for his days at Georgia Tech and with the Denver Broncos in the NFL. You’ll surely remember this play, among many other highlight-reel plays for the four-time Pro-Bowler and Super Bowl Champion.

A reason for Thomas’s death has not been made public. This is a developing story, and we will update this story when further information becomes available.