The Best Captains Finally Emerge, Graham Gives Back, Hester's Hall of Fame Magic, and Other Bears Bullets Skip to content 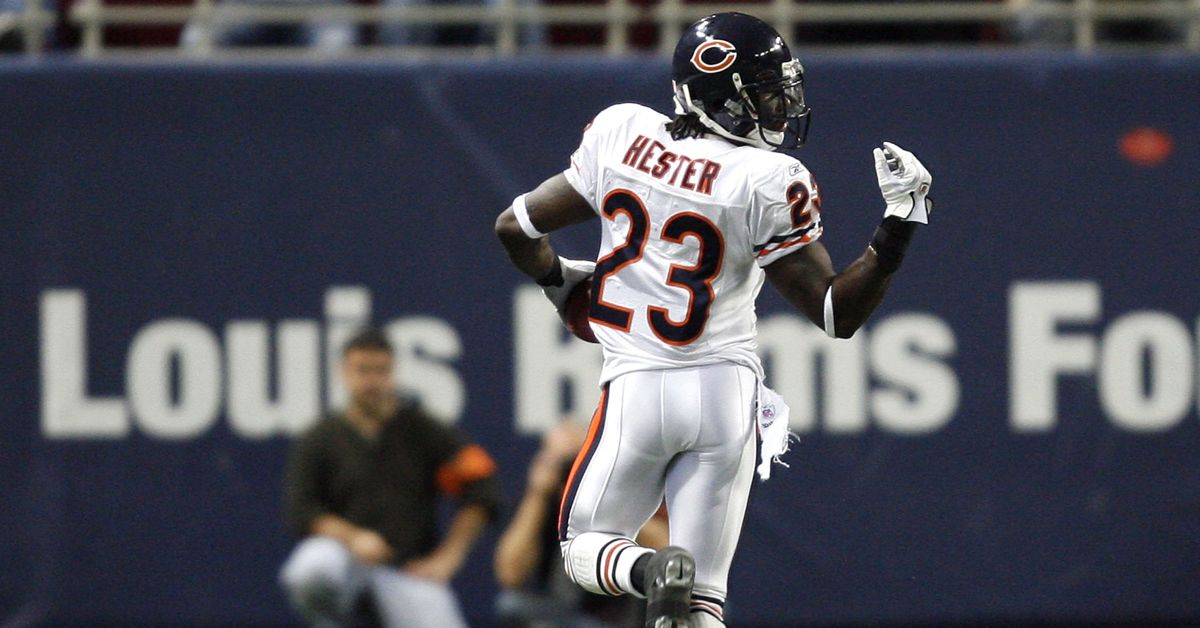 Spending four hours playing board games on a Friday night at Guthrie’s in Lakeview was a great time. Can’t wait to do it again.

•   It’s almost as if these guys should be captains all the time:

Leading us out for Week 14: pic.twitter.com/zriRAloM4S

•   Roquan Smith checks all the boxes you’d want as a captain. David Montgomery, too. Same for DeAndre Houston-Carson. All three players are vocal and emotional leaders of their respective position groups *AND* have the production to back it up. I don’t have an issue with rotating captains. No one had issues with it when the Bears were winning 12 games in 2018. But in a year where so much has gone wrong for the Bears, even something as small as having weekly captains is leading to Matt Nagy catching strays.

•   Gotta admit: It would be nice seeing that “C” on Roquan Smith’s chest moving forward for years to come.

•   The Greatest Return Man in the History of the World™ did magical things on this date in 2006:

•   Returns like the ones (yes, plural!) above that have Devin Hester as one of the 26 modern-era players who are semifinalists for the Pro Football Hall of Fame’s class of ’22.

•   I’m so mad about missing Matt Forte’s birthday by a day. Happy belated birthday to a running back who was way ahead of his time:

Happy 36th birthday to one of the smoothest runners ever. pic.twitter.com/kLNbdLeaiD

•   Some transaction action: The Bears are adding pass-rushing linebacker Bruce Irvin to the active roster. In a corresponding move, Cassius Marsh is going on IR. Marsh was listed as “limited” in Thursday’s practice, but didn’t give it a go on Friday, and was ultimately ruled out. What a bummer for a player who was fun to watch because he played like his hair was on fire.

•   Just a snippet from a good football conversation between WGN’s Larry Hawley and 670 The Score’s Cam Ellis:

Justin Fields' return was part of @KingsleyEllis of @670TheScore's Bears' discussion on "The 9-Yard Line" and #WGNNewsNow Sports Talk from @WGNNews this week. See the full interview here: https://t.co/4NFchFjJaK pic.twitter.com/nvgHDHpVCK

Fresh pod is up! @Zack_Pearson joined me to talk Bears/Packers and the return of Justin Fields. Also some thoughts on possible head coaching candidates for the #Bears. @WGNRadioSports
Listen: https://t.co/0nmd7xLapV pic.twitter.com/IAaVbN5gdM

•   Walter Payton Man of the Year award nominee Jimmy Graham says: “The biggest reason I was given this platform was to be able to share my story and change lives.” So, if Graham giving back to the community doesn’t hit you in the feels, please check your pulse:

•   OOF: Former Bears receiver Joshua Bellamy has been sentenced to more than three years in prison for his participation in a scheme in which he reportedly stole more than $1 million from the PPP loan program. Because, yeah, that was a thing that he was arrested for and faced charges from in 2020.

A first for a Michigan HC… pic.twitter.com/l7fYiEuYeE

•   Sometimes, big names aren’t great fits for teams. This seems like one of those times:

On Second Thought, John Tortorella Isn’t the Guy for the Blackhawkshttps://t.co/s9GIVRd2D5 pic.twitter.com/P8Zh02M6iZ

•   If any team needs a break right now, it’s the Bulls. And it looks like they’re catching one ahead of their Saturday showdown with the Heat:

•   Considering the team’s recent big splash addition of Marcus Stroman – a pitcher who thrives while inducing weak contact and ground balls – the Cubs would be wise to add aa stud defensive shortstop:

The Cubs Need a Stellar Defensive Shortstop – But What Are the Options on the Market? – https://t.co/4Ew8fxT9uy pic.twitter.com/909HNruzxR