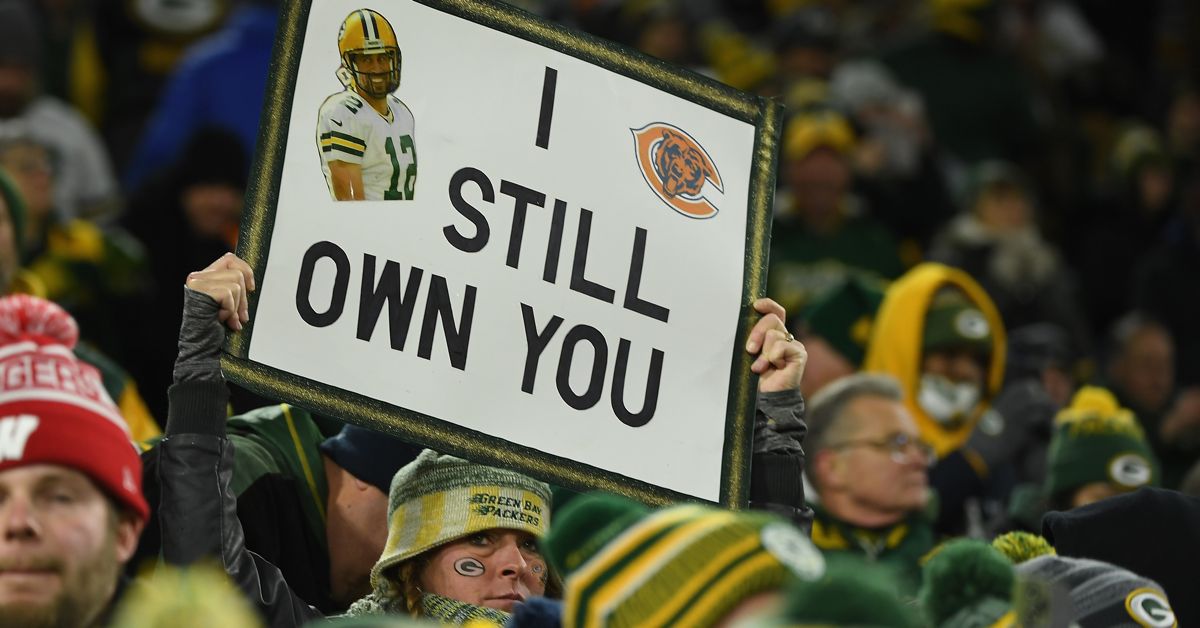 In an oversimplification of things, here’s this: Matt Nagy’s team scored a season-high 30 points. And in isolation, that’s impressive. Hey, don’t give me that look! I invented that look. Let’s be fair and think about it. The Bears put up 30 points, on the road, against a division opponent (one that had extra time to prepare because it was coming off a bye), on national television, and against a team with realistic Super Bowl potential. Justin Fields also created 298 yards of total offense, scoring two touchdowns in the process.

But it wasn’t enough. Not nearly enough. Definitely not enough to not lose by double digits. And certainly not enough to change any minds about how the organization go about moving forward with the future.

The Green Bay Packers beat the Chicago Bears 45-30, but even that score doesn’t truly capture everything. Then again, it doesn’t have to because it represents a snapshot of everything that is the Ryan Pace and Matt Nagy era in Chicago.

⇒   It was the best of times. Oh, hey! That’s how this was supposed to look. There were splash plays by the offense. Plays … as in plural. One of the core concepts of Nagy’s offense was supposed to be creating mismatches with formations that get fast guys the ball in space. And that is exactly what went down on Damiere Byrd’s touchdown reception:

Using misdirection to scheme guys open was supposed to be a staple, too. It really hasn’t been since 2018. But for one shining moment, Jakeem Grant Sr. made a play:

I don’t know why these types of looks don’t happen more often. But that they haven’t happened more often is why this coaching staff is sitting on the hottest of hot seats.

⇒   It was the blurst of times. If you were searching for indictments on GM Ryan Pace and Head Coach Matt Nagy, they were there for you all night long. Even when things were going well for the Bears, they were omnipresent.

•   Punting on 4th-and-short down by 11 with 8 minutes, 40 seconds left in the game is at the top of my list of reasons pointing out how necessary coaching changes are for this team.

•   So. Many. Darn. Hitch routes. Things I enjoy watching: Hitch, the movie starring Will Smith and Eva Mendes that is a hopeless romantic’s dream story. Things I do not enjoy watching: Never-ending hitch routes that are so predictable, opposing defensive backs run them as good (and sometimes, better) than the receivers in action. Don’t get me wrong. There’s a place for a crisp comeback route as part of a combination of plays. It creates easy completions when deployed properly, and opens up hitch-n-go opportunities. But not when they’re the primary route seemingly every snap. That one’s on the coaching.

•   As for the front office, that secondary remains a primary concern. Artie Burns, Kindle Vildor, and Xavier Crawford playing significant reps is damming for this front office. Pace really put a first-year defensive coordinator in a spot in which the cornerbacks on the depth chart behind 2020 second-rounder Jaylon Johnson were a 2019 sixth-round pick (Crawford) with just 12 defensive snaps under his belt since entering the league, a 2020 fifth-round pick (Vildor) who was in on just 13 percent of defensive snaps last year, a reclamation project coming off an ACL injury (Burns), and a 2019 sixth-round pick (Duke Shelley) who didn’t play tonight because he is on IR. Those are your best options? In 2021? When the NFL is a pass-first league? When Kirk Cousins and Aaron Rodgers sling it like crazy? That bugs me to my core.

⇒   The quote that says it all:

Matt Nagy on his team's first half: "I think they got to see what they could be."

Unfortunately, for Nagy, it doesn’t seem like he’ll be the coach who will get to see it through if this team becomes what that first-half flash was showing.