Trace Armstrong Refutes the Rumors, But Signs Still Point to Sweeping Front Office Changes for the Bears Skip to content 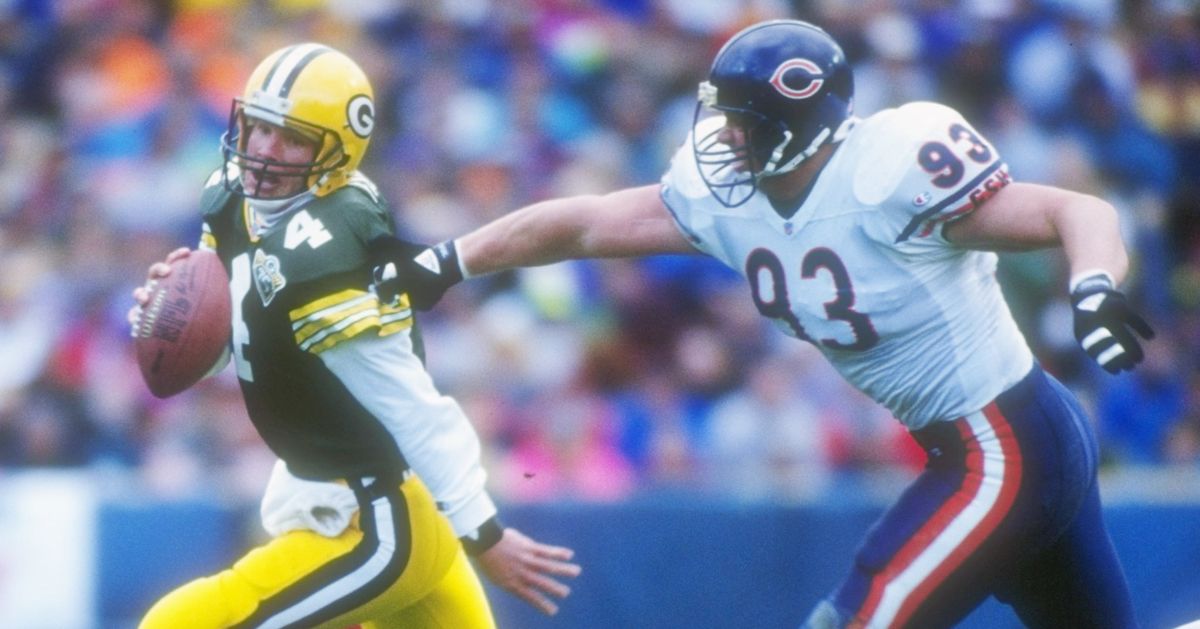 As temperatures outside cool down as we head deeper into December, football’s stove is heating up. And when it comes to the future of the Chicago Bears, the winds of change appear to be blowing.

Yeah, you’ll want to get your popcorn ready for this one (and be sure to check out the huge caveats that follow):

Bears have had talks with former player Trace Armstrong about possible front office role. The agent represents Ohio State's Ryan Day (among others), who could be part of a package deal. https://t.co/O50vUmpGxP

I understand that reporting from Jason La Canfora will cause some to push pause. But this is some detailed work from La Canfora, who hears the team has had conversations with former Bears player/current NFL agent Trace Armstrong* as the franchise approaches the possibility of making some wide-ranging organizational changes.

Armstrong played six seasons for the Bears from 1989-93. It was the first stop in a 15-year career that also included stints in Miami (1995-2000) and Oakland (2001-03). He has since parlayed that playing career into running a successful agency. But running the Bears would be a different type of challenge, one La Canfora hears Armstrong is up to take on in Chicago …. despite Armstrong refuting the story with this statement (retweeted by ESPN’s Adam Schefter):

I have the utmost respect for the Chicago Bears organization, the McCaskey family and Ted Phillips. However, any assertion that I have engaged in conversations with them about joining the club in any capacity is simply not true.

Armstrong likely needed to get something out there publicly – no matter the veracity of the initial report – because I don’t imagine his clients woke up happy to learn that their representation could be leaving. Especially since one of them is Bears Head Coach Matt Nagy, whose job could be on the chopping block in Chicago. Nevertheless, it’s all interesting. Especially since this marks another data point suggesting changes re coming to the Bears’ organization.

And even as we set that specific part aside, this whole situation has a variety of worthwhile things to highlight.

⇒   For starters, La Canfora cites league sources saying Bears ownership is mulling the idea of “sweeping coaching and front office changes”  as part of reconstructing the organizational flow chart ahead of a potential move to Arlington Heights.

⇒   At the top of the flow would be a top executive who “would oversee football operations with the coach and GM reporting to him.” That would be a change from the current structure, in which the head coach and GM report to George McCaskey and Ted Phillips. It’s an added buffer that would clarify the power structure at Halas Hall.

⇒   There is also a loose connection with Ohio State coach Ryan Day. Sure, Day is certainly a candidate worth speaking with once the Bears gig opens up. But one that would come through muddy waters. First, because Nagy is still (1) employed by the Bears and (2) represented by Armstrong. Awkward!

Also, let’s be clear about something. The idea of Day jumping ship to the pros and re-connecting with Justin Fields may be legit (and the idea is certainly fun), but you do have to wonder if Armstrong is simply doing work for his client. Nothing gets the pay raises bumping like interest from the NFL. And because Armstrong was able to navigate Lincoln Riley’s departure to USC and the pay day that came with it, it doesn’t take much stretching to reach a conclusion that Armstrong could be doing some heavy lifting to get Day a sizable deal from Ohio State.

All of this comes after ex-player/current analyst Lance Briggs was strongly hinting at changes coming to Chicago’s front office. That former teammate (and another analyst) Olin Kreutz has since confirmed (via a conversation he had with the Spiegel and Parkins Show on 670 The Score) he was also hearing things makes this all the more interesting. At the end of the day, this is a situation worth monitoring on several fronts.

Firstly, it is a potential re-shaping of the front office — which we were discussing as recently as Friday. At this stage of the game, an organizational re-structuring feels long overdue. Secondly, this path – should the Bears decide to travel it – is different than what we are used to seeing. Bringing in a new top guy who could possibly court a high-profile head coach isn’t in this franchise’s playbook. This would be different than hiring a hot coordinator (Dave Wannstedt, Lovie Smith, Matt Nagy) or a league retread (Marc Trestman).

We’ve long been desiring changes and modernization in the Bears’ approach. Perhaps we’re on our way toward getting it.