The Broncos Lined Up With Just 10 Players on Their First Play in Memory of Demaryius Thomas, Then Scored an Opening-Drive TD Skip to content 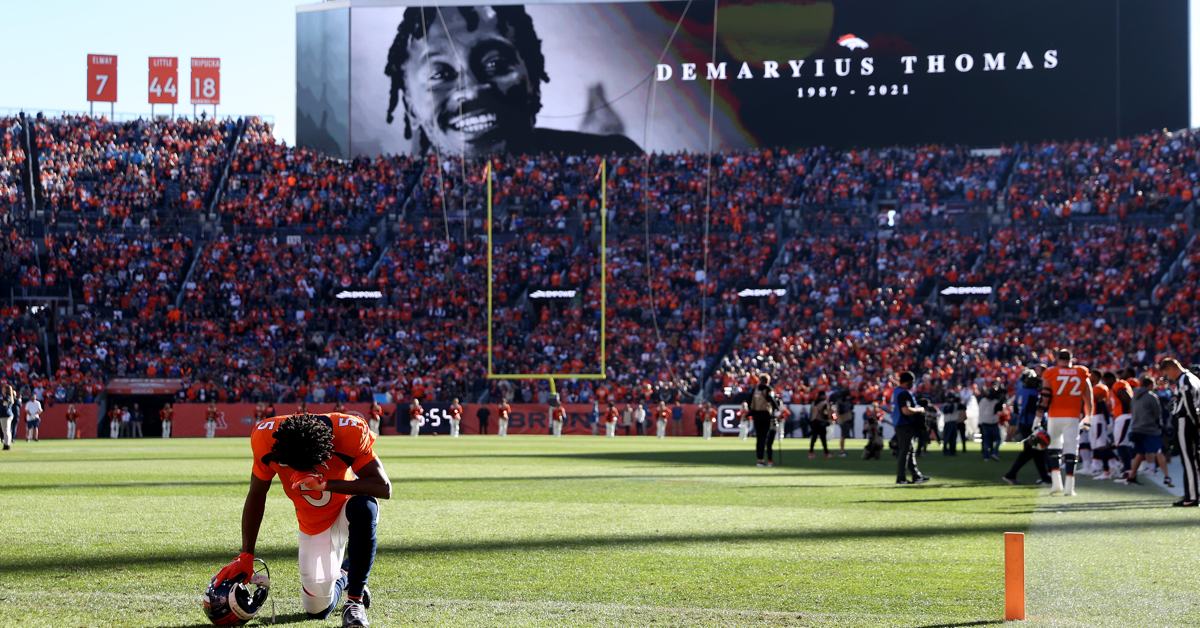 Demaryius Thomas was a superb football player, whose passing on Thursday at age 33 surprised the NFL community.

Since then, an outpouring of love and memories has been everywhere in football circles. And naturally, the Broncos – the team that chose Thomas in the first-round of the 2010 NFL Draft and saw him go to four Pro Bowls and win a Super Bowl – made their commemorative moment for Thomas unique:

The Broncos honored Thomas’ memory by lining up with just 10 players on the field on the first play of their first offensive drive. In this moment, the one player who didn’t enter the huddle was the “X” receiver position, which is where Thomas made his name and became a star. Denver took a delay of game penalty, which Detroit would go on to decline. What a touch. But it didn’t stop with that instance.

Because 11 plays and 75 yards later, Javonte Williams did this:

The Broncos scored an opening drive touchdown after beginning said drive with an intentional delay of game penalty and just 10 players in the huddle. You couldn’t script that if you tried. What a special moment for the team and those fans in attendance.