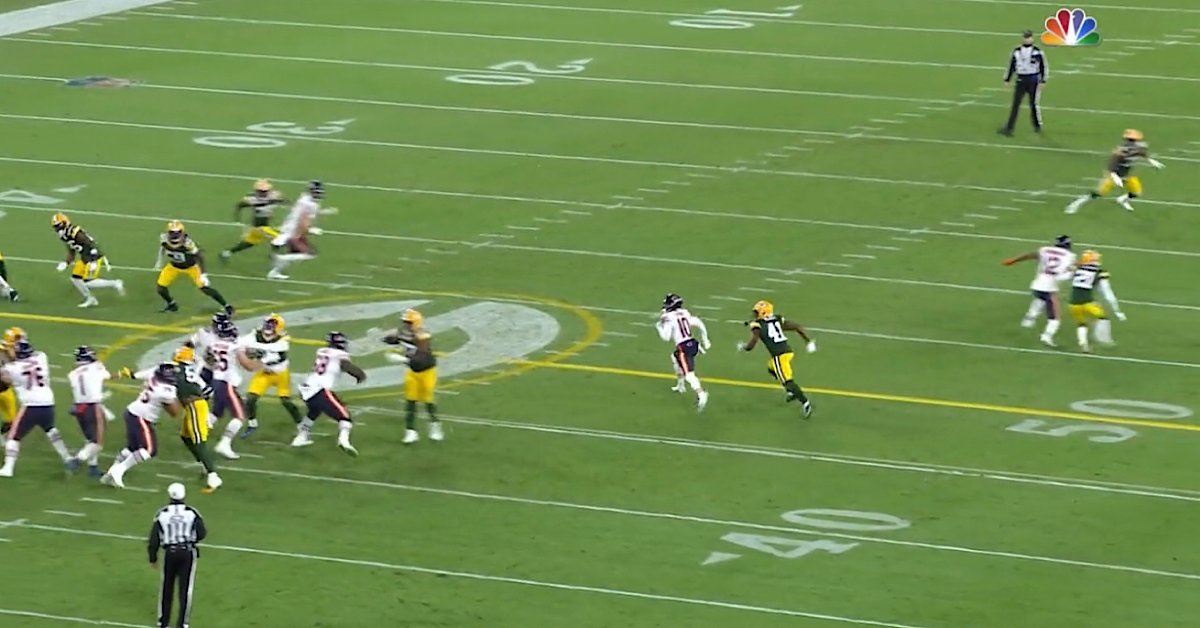 The collection of Bears receivers has been mostly disappointing this year. Save for some moments, it’s a position room that hasn’t lived up to its potential.

But it has its moments. And Damiere Byrd delivers its latest one:

It’s a 54-yard house call for Byrd, who was lined up in the backfield to start the play. Gotta give credit where it’s due: Matt Nagy Drew you a good one, the blockers held their ground, Justin Fields made the easy throw, and Byrd did the rest.

And credit Fields for bouncing back after that pick-6 gave the Packers 14 consecutive points. Fields has looked rusty af points during this game. The throws haven’t all been sharp. But that moment was a nice one. It gives the Bears a 17-14 lead late in the second quarter in what is turning into a whale of a game.