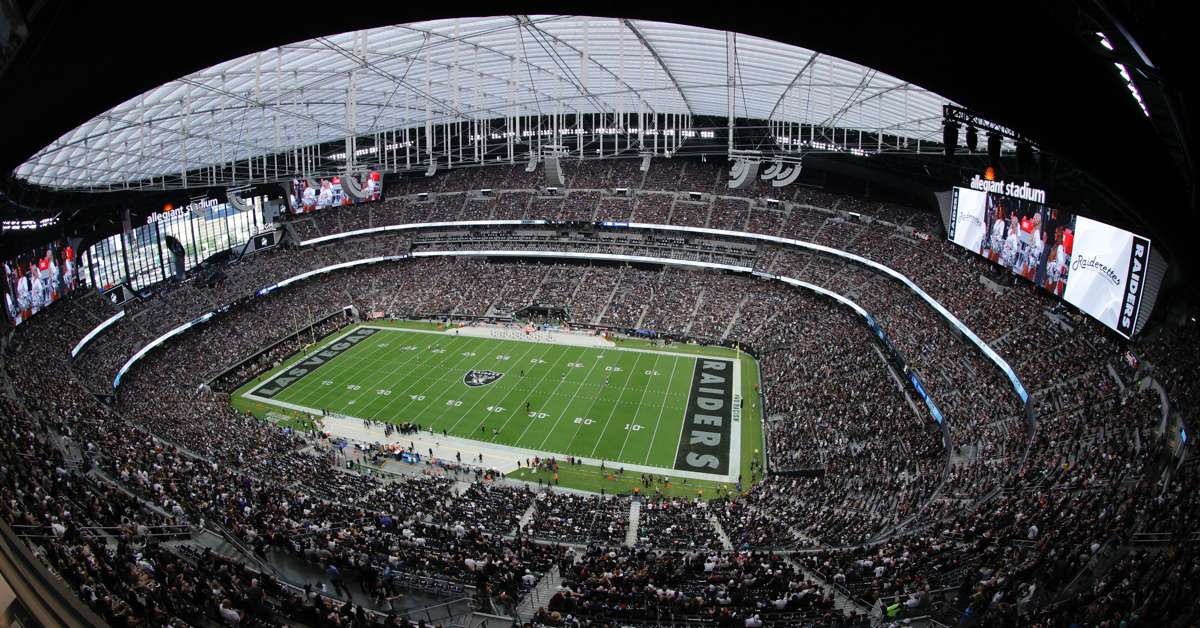 With the Chicago Bears’ playoff chances looking like slim and none – and with slim walking toward the exits – it is easy to look to the future for a brighter future.

And things don’t get much brighter than the lights of Las Vegas, which will be hosting the Super Bowl in 2024:

The biggest game. The brightest stage.

The Super Bowl is coming to @AllegiantStadm and Las Vegas. #SBLVIII

The NFL announced Allegiant Stadium is hosting Super Bowl LVIII. In case you’re keeping score at home, that is 788 days from today. Which means there is ample time to gather up your crew and start saving for the big day. No excuses. Start mapping it out now. Begin dropping hints to your significant other that you and your friends need a Vegas trip. Plant those seeds now, then you can be ready for 2024.

Maybe we can talk about the Bears truly being contenders by the time Super Bowl LVIII rolls around. Justin Fields will be in his third season as Chicago’s starting quarterback. He will also likely be two full seasons removed from Matt Nagy’s influence. Ideally, a GM replacing Ryan Pace will have built from what his predecessor left behind. A strong team with size, strength, speed, and skill that can win in any climates and against any opponent. And at the center of it all will be Fields, who will be looking to put an exclamation point on a MVP caliber season capping a turnaround from a topsy-turvy rookie campaign. I can see it now. Super Bears, Super Bowl.

And when they’re done in Vegas, having seen the glitz, glamour, and overflowing cash piles, ownership will have all the inspiration to build a state-of-the-art stadium and facility somewhere within Chicago’s city limits.

Hey, we can dream the biggest dreams — can’t we?