After Already Moving Him Off One Position, the Bears are Sticking With Teven Jenkins at Left Tackle Skip to content 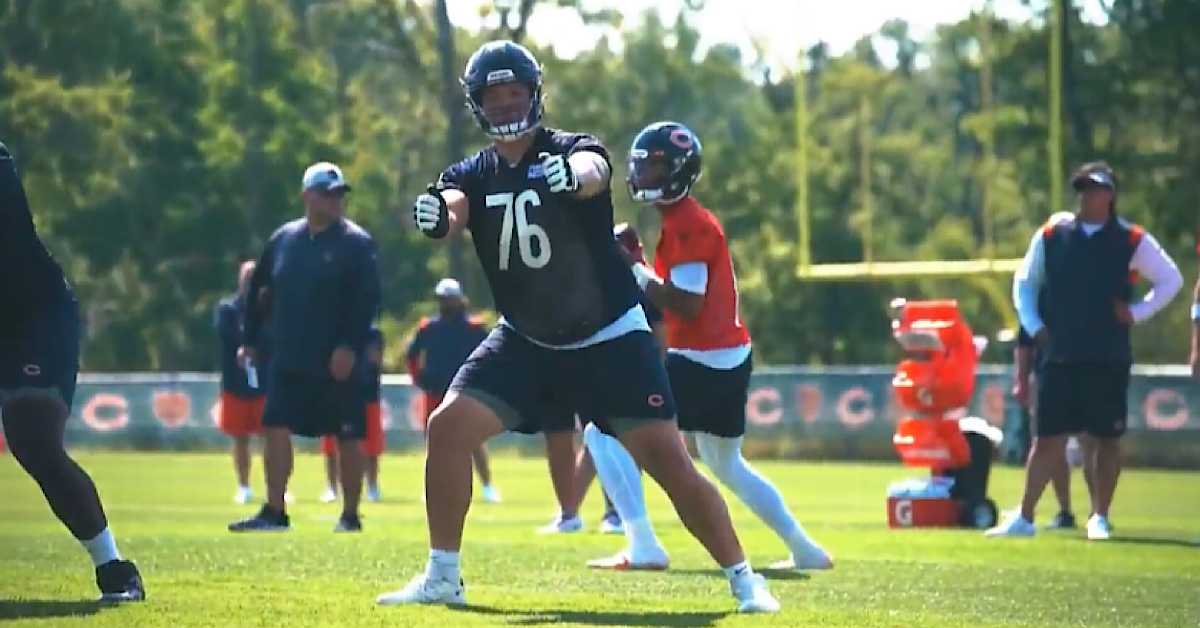 With Jason Peters’ ankle injury and Larry Borom entering COVID protocols, an already much-maligned Bears offensive line is once again up against it.

And while there was a brief time in which Borom and Teven Jenkins swapping spots in an attempt to bolster the line was a on the table, Head Coach Matt Nagy is now walking it back:

Nagy says #Bears will keep Teven Jenkins at left tackles, cites that moving him to another position would make things more difficult for him.

Not only are the Bears keeping Jenkins at left tackle, they’re doing so while pointing out that there are challenges in him moving positions now. Of course, the Bears already moved Jenkins once this season.

Remember when Chicago chose Jenkins in the second round of the 2021 NFL Draft? Conventional thinking was that the rookie could start his career at right tackle (where he spent most of his time while at Oklahoma State). Meanwhile Charles Leno Jr. would remain at left tackle. But the Bears cut Leno shortly after the draft. And in doing so, they set out to install Jenkins as the long-term solution at left tackle. Maybe doing this keeps on the path of developing into a left tackle. But that a position swap was “on the table” to start the week makes me wonder how committed the Bears were to their plan in the first place. Let’s keep in mind that they had Jenkins practicing at both tackle spots in recent weeks. So it’s not as if the idea of him playing right tackle was wholly out of nowhere.

If it is any consolation, keeping Jenkins at his left tackle spot would be a change in philosophy for the Bears during the Ryan Pace era. Since becoming Chicago’s GM, Pace’s top offensive line draft picks have been shuffled around the board at different starting gigs. Cody Whitehair has starting experience at three different offensive line positions. So does James Daniels. Larry Borom has played at two different positions this year. And while his time as a player was forgettable, Rashaad Coward (a nose tackle by trade, if you’ll recall), made starts at two positions in 2019 and 2020. At the end of the day, maybe the Bears have learned that – while versatility is nice – setting a player in one spot and letting them grow from there is a perfectly cromulent option.

All in all, we’ll keep an eye on the line as we move along this week with Peters and Borom having availability up in the air ahead of Monday’s game.