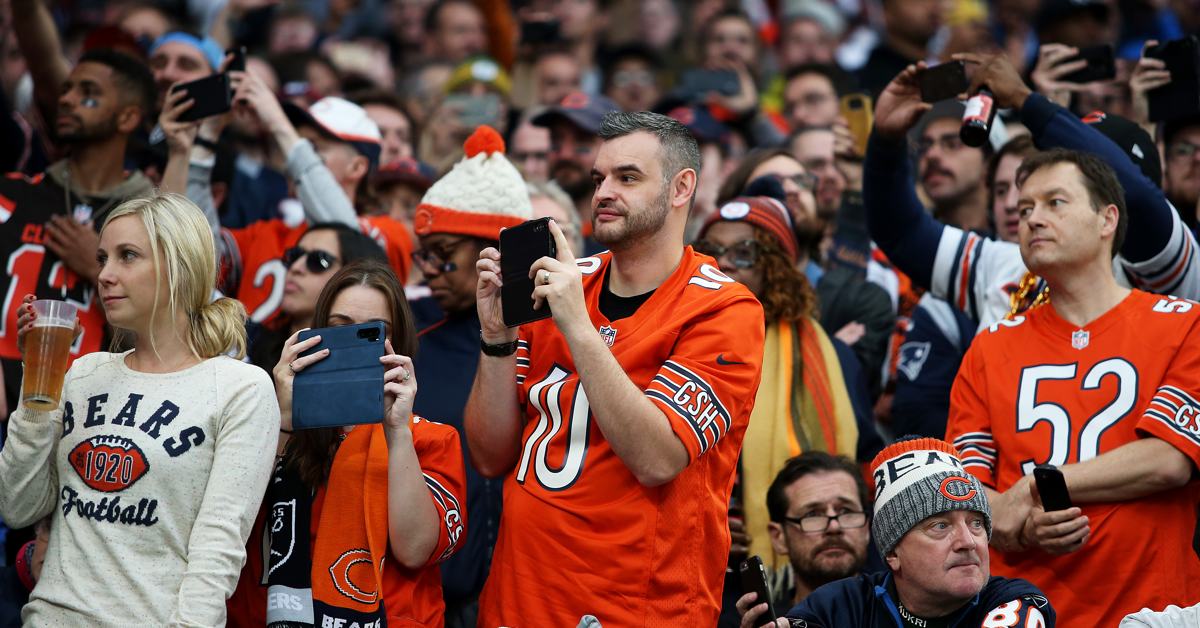 I’m getting a chance to be Uncle Lu ahead of the holiday rush and plan on enjoying it fully.

•   ICYMI: The Jaguars fired Urban Meyer while you were sleeping. And the internet wasted no time in clowning the now former Jacksonville head coach:

The USA uniting over the termination of Urban Meyer is truly amazing. 🇺🇸

The Urban Meyer Experience was an unforgettable failure: https://t.co/VrciKdIOjk

A look at Urban Meyer’s tenure as #Jaguars coach: pic.twitter.com/00smvdbWmd

I love that this is what got Urban Meyer shitcanned.

•   What a chaotic ordeal the last 12 months have been in Jacksonville. Not only did Meyer not make it through a calendar year, he didn’t even make it through a full NFL season. It’s embarrassing. To fail so miserably after being given a situation where you were inheriting the top overall pick, two first-round picks, a 1,000-yard rookie rusher, an offense with two growing receivers, and a ton of salary cap space is rough.

•   From a Bears standpoint, I was selfishly hoping = Meyer would have gotten to a second season. If only to have one fewer team to be in the mix for a new coach this upcoming offseason. Let’s face it. There will likely be some crossover in candidates that will want to coach a quarterback possessing the upside of Justin Fields or Trevor Lawrence.

•   Lawrence is having a rough rookie season, but things could be worse. Zach Wilson’s struggles with the Jets are at the heart of this piece by The Ringer’s Ben Solak. And this line speaks to me: “Wilson’s ability to generate velocity from wonky throwing platforms elicited Aaron Rodgers and Patrick Mahomes comparisons—but in the league, he is hesitating on such throws and missing dramatically.”

•   I thoroughly enjoyed watching Wilson’s rise as a prospect in 2020, but some of the things that were pointed out as red flags are being realized at the pro level. There is still hope for him, but there’s clearly work that needs to be done. But that can be said about the other rookie quarterbacks, too. It’s easy to fall in love and dream on big rookie seasons like Justin Herbert or Joe Burrow. But we need to remember those outliers tend to be the exception, and not the rule.

•   Meanwhile, Justin Fields is getting some love from Aaron Rodgers:

•   “I think he’s a really talented kid,” Rodgers said on his recent appearance on the Pat McAfee Show. “You can obviously see he’s got a really good arm on him. He can really move around and extend the plays and make plays outside the pocket. … He has a lot of star qualities with his presence and his abilities.” ***SWOON***

•   Is Rodgers laying a trap by buttering up the Bears’ shiny new toy QB? Or can this be a passing of the torch situation? Because it sure would be nice to have the most enviable quarterback situation in the NFC North.

Can confirm the #Bears re-entered enhanced COVID-19 protocols the last two days at Halas Hall. There's a hope they will get out of it in the next couple of days, if not tomorrow. Tomorrow's daily testing will help determine that.

•   Rookie offensive tackle Larry Borom went on the COVID reserve list on Wednesday. Patrick Finley (Sun-Times) reports Borom is vaccinated, which means the Mizzou product (who could play on either side of the line) has a few days days to produce two negative tests to allow him to play. Otherwise, the Bears better hope Jason Peters is healthy enough to play. Because if he isn’t, Chicago could be throwing out Teven Jenkins and Alex Bars as starting tackles on Monday Night Football.

•   Good timing for the NFLPA to drop this reminder:

•   The NFL has handled playing through two pandemic seasons better than I would’ve otherwise been expecting. And yet, there is still much to be desired as far as that goes.

•   Stan Drayton, who was the RBs Coach when Jordan Howard was a Pro Bowl running back, is getting a chance to prove it at the highest college level with a head-coach position. You can read more from Yahoo! Sports’ Pete Thamel.

Points scored on offense since Week 4:

Points allowed on defense since Week 4:

•   I wasn’t expecting substantial talks until after the holiday season. But I still want something to get done on the other side of this: