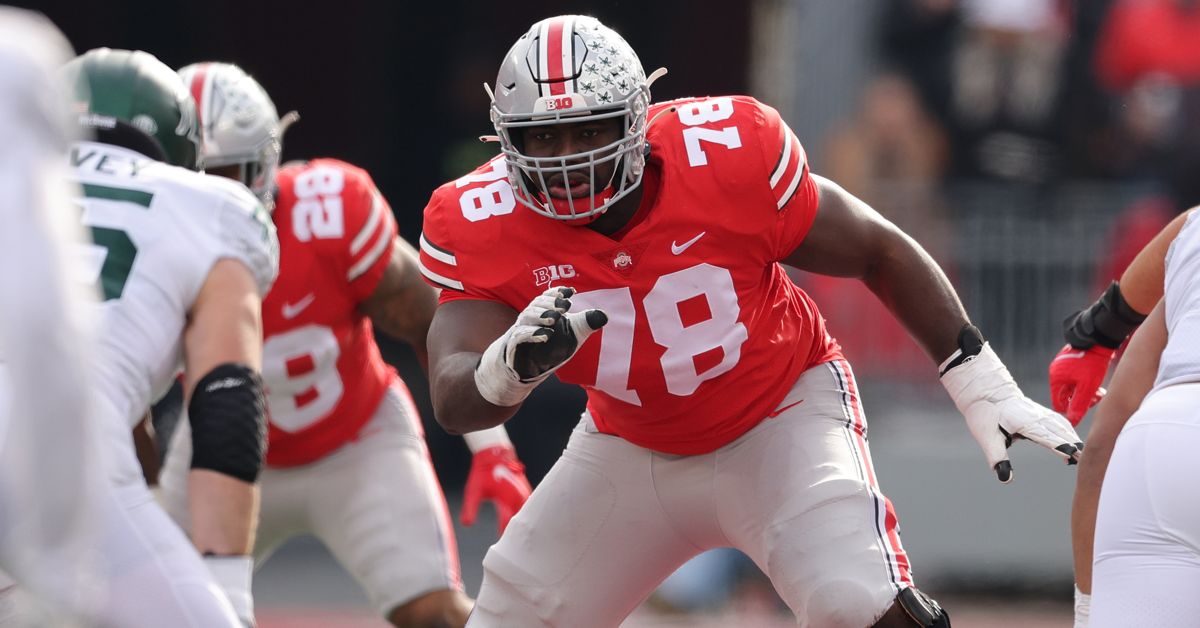 It’s December and the Bears are (all but) out of the postseason picture. And with that in mind, we need to look to the future.

So while it isn’t time to dive deep into NFL mock drafts or obsess over drool-worthy prospects, it does feel like a good time to start shifting our focus somewhat. No, the Bears don’t have a first-round pick in the upcoming NFL Draft. And they don’t have much in terms of draft-pick volume. But what they project to have is a top-45 pick. Should trends continue as they have when it comes to Chicago’s won-loss record, the Bears could lock in a top-40 pick. It isn’t much, but it is a minor consolation.

With that being said, this feels like a good time to note that Mel Kiper Jr. and Todd McShay have been dropping some hot pre-pre-pre-draft coverage in recent days. Because, let’s be honest with each other, it is waaaaay too early to call this “pre-draft” coverage. We’re months away from “pre-draft” thoughts. Nevertheless, we’re allowing our minds to wander.

Kiper’s Big Board is Loaded With Corners, O-Linemen, and Receivers

Firstly, we take our eyes to Kiper’s abbreviated big board. It is a condensed list of prospects, to be sure. But Kiper dropping 25 names to keep eyes on at the top of the board isn’t inconsequential. For example, top-25 talents from the 2020 class such as J.K. Dobbins, Jonathan Taylor, DeAndre Swift, Laviska Shenault Jr., and Tee Higgins were among the top-25 talent to slip into Day 2. In other words, just because the Bears don’t have a first-round pick doesn’t mean they can’t get a first-round talent. There will be plenty of fluidity in prospect ranks between now and draft day. So perhaps it would be good to store some of the top prospect names away for later, before hype and subterfuge change the narrative.

Moving on … Kiper has a slew of players at a variety of positions that we all consider as needs for the 2022 Chicago Bears. For example, Kiper has five players vying to be the WR10 on his big board. Or to present it from another angle, there are 15 players worthy of inclusion among his top-10 receivers. That speaks volumes to the depth and talent at the position. Hopefully, it speaks to a Bears franchise that whose only receiver under contract for 2022 is Darnell Mooney.

As was the case with receivers, Kiper has five players in the mix to be his OT10, five guards angling to be his OG10, and two centers to be the C10. Altogether, Kiper has 41 players along the offensive line grading out well enough for consideration to be in his top-10 at their respective position groups. Kiper says: “If your favorite team needs a starting tackle, this is the year to draft one.”

On the other side of the ball, that cornerbacks collection is looking mighty interesting. Kiper has 14 cornerbacks on his mind, with four having cases for inclusion as CB10.

So much talent at so many positions of need. I’m gushing over the potential, if only for the volume of opportunities!

It Looks Like a Good Time to Need Receiver Help

ESPN’s Todd McShay sees this as a loaded wide receiver class. Meanwhile, Kiper believes teams can find tremendous value on the second and third days of the draft. This should be music to the ears of Bears fans starving for help in the receivers room.

To be fair, McShay hedges a bit by saying this crop of talent isn’t on the same level of the 2021 group. And as Kiper points out, three elite receivers went in the top-10. This group ain’t that one. Nevertheless, McKay has six receivers among his 32 best players. And with 15 receivers with Day 1 or 2 grades, this feels like convenient timing to draft a wide receiver. Maybe two if the position group has depth.

Also worth noting is McShay’s highlighting of cornerback and tight end classes as being worthy of an honorable mention for the deepest position group. Those are two more positions in which the Bears could stand to add some high-end talent. McShay writes both positions have ample talent, with 15 cornerbacks and 8 tight ends worthy of being chosen in the first three rounds.

Perhaps this is a good year to move down and accumulate picks? Ah, that’s probably a different post for another day.

Finally, we make it to mock draft country.

The good news is that Todd McShay’s first mock draft has five quarterbacks going in the first round. Five first-round quarterbacks would push non-quarterbacks down draft boards. Should that happen, it means the Bears — who mind you, could have a top-40 pick next spring — could land a legitimate first-round caliber talent who would’ve otherwise been a first-round election had it not been for a run at QBs in Round 1. So, let’s keep eyes on the respective stocks of Kenny Pickett (Pitt), Matt Corral (Ole Miss), Malik Willis (Liberty), Desmond Ridder (Cincinnati), and Sam Howell (North Carolina). Imagine if a sixth could slip in to the back end of that round. Wouldn’t it be something?

But the bad news is some Bears rivals project to better moving forward after this mock. And I don’t love that, even if the Lions have a long way to go in their rebuild. McShay sends stud Michigan pass-rusher Aidan Hutchinson to Detroit with their first overall. Suddenly, I feel the urge to send extra help next to the tackles. Later, McShay places UNC QB Sam Howell in Motor City. Howell was in the discussion to be QB1 entering the year. If he drops into the late 20s, then that could look like a tremendous value pick.

Also, kudos to Todd McShay on making back to this point. If you’ll recall, McShay took some personal time away from the limelight early in the college football season. That he is out pushing mock NFL Drafts feels like a good sign that he is in a better place than where he was earlier in the year.