Since No One Wants Matt Nagy Calling Plays, Let's Discuss a Fun and WAY-Out-of-the-Box Idea for MNF Skip to content 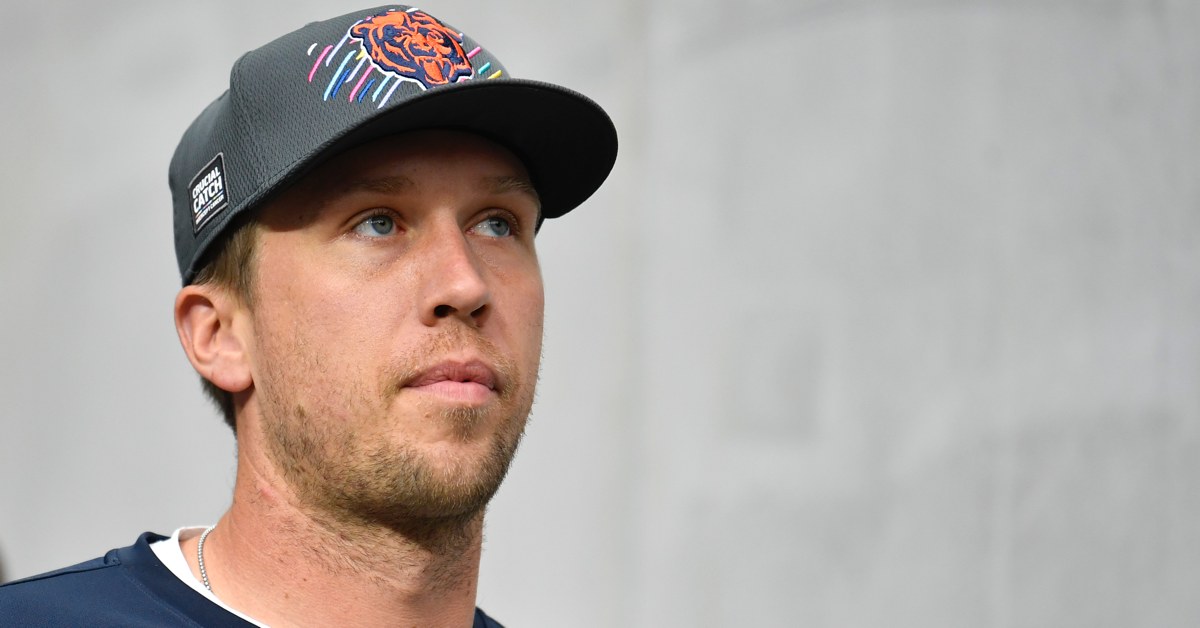 When news of the Bears’ coordinators going into COVID protocols came across the wires, I had the thought of Matt Nagy calling plays again jump into my mind.

Not only was I not alone in thinking this, it turns out I was one of the many who didn’t want any part of it:

Nagy realizing he gets to call plays for every single group on the field now pic.twitter.com/jEvfPkSpml

Nagy calling plays and not having it matter one way or the other in the slightest. https://t.co/bNu90UqiDa pic.twitter.com/6eOF7sOYJR

Not unsurprisingly, we have a general consensus on not wanting Nagy to call plays ever again. Got it. I’m with ya. But if Bill Lazor is unavailable for Monday Night Football, someone has to call plays. To that end, can I offer up Nick Foles.

Yes, that Nick Foles. And yes, I am serious about this idea. If anything, shout out Justin Fields for putting the bug in my ear.

During his weekly availability ahead of last week’s Packers game, Fields said this of Foles: “I think he wants to be a coach when he’s older. So he actually loves that stuff when I ask him what I can do to get better, what he thinks I should do on a certain play. He likes giving me feedback on stuff like that and teaching me.”

Fields would go on to talk about how Foles and Andy Dalton have “different mindsets” than Nagy and his staff. Moreover, it sounded like Fields found the perspective of the two veterans to be beneficial. And with that in mind, maybe it makes sense for Foles or Dalton to call plays. At minimum, this is a can’t hurt, could help situation just waiting to happen.

Alas, this is very much not going to happen. Because even though this idea is equal parts good and fun, it isn’t realistic. And even if it was, do we know that Foles has what it takes to get Fields to succeed? Does Foles know how to keep Fields safe? Create a game-plan to fit him? Is there anything out there to suggest that this could possibly work? These are questions worth asking in this situation.

The Bears don’t have anything to lose on MNF, other than the game itself. So if they have a guy who might want to get into coaching, I can’t imagine the downside to trying something new. Then again, Nagy – who is still coaching for a job – might not see it that way. What a shame. It might be rad to see Foles’ version of Nagy’s offense. Heck, it might be even better because of Foles’ experience working in the Doug Pederson and Frank Reich renditions of the offense. Not that it can get any worse.