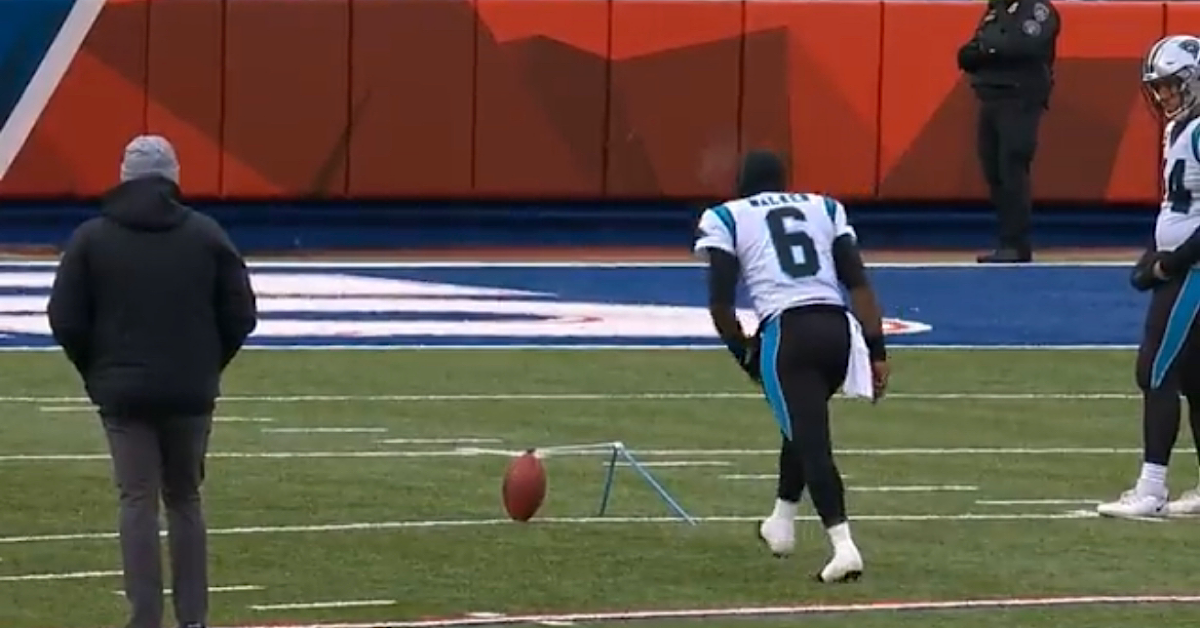 Football is the ultimate next-man-up game.

And while in-game replacements are where our minds jnjtisllyngo when thinking about that phrase, what is a team to do when a key player suffers an injury right before kickoff?

And now Panthers have ruled Zane Gonzalez out with a right quad injury. Buckle up. https://t.co/WFhdzvH31M

A multitude of Panthers attempting to kick the ball is pretty hilarious pic.twitter.com/Qof9RWHiHT

That’s, right. The Carolina Panthers were running out their backup quarterback as a tryout kicker on an emergency basis. Zane Gonzalez, who’s having a solid year in Carolina, came up lame with an injury. And thus, the Panthers were left trying to throw muck at a wall in hopes something would stick before pregame.

Anyone know what Urban Meyer and his kicking exploits are up to today? I’ve heard he has some free time on his hands now.

The 2021 season has been trying for many, and the Panthers are no exception. Sam Darnold wasn’t the answer at quarterback. Neither was PJ Walker. Cam Newton came back, but the team is deciding to use him and Walker in a platoon. Offensive Coordinator Joe Brady was shown the door. And the ground game never gained traction because of Christian McCaffrey’s injuries.

But a pre-game kicker injury? That’s a new one.

Considering how the Panthers are closer to gaining a top pick than they are to being at the top of the AFC South standings, they’re better off going for it on fourth down and attempting two-point conversions. It’s not as if they have much else to lose.