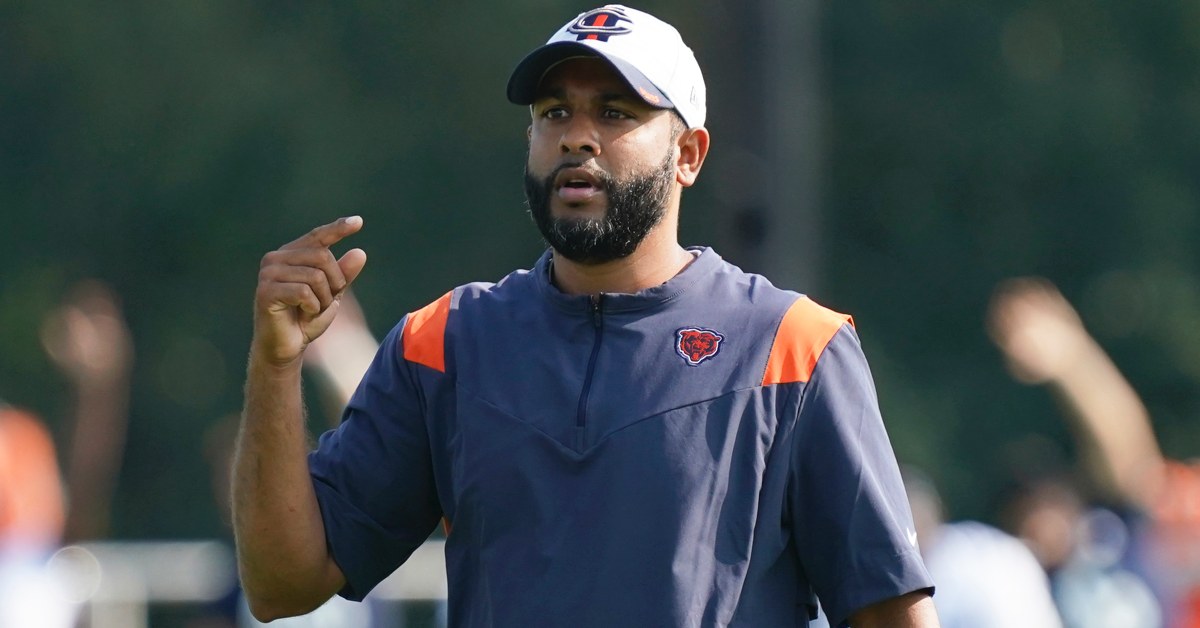 When Matt Nagy announced all three of his coordinators were entering COVID protocols, I was envisioning that Fresh Prince meme where Will Smith was standing in the living room alone and contemplating life — but with the Bears head coach at Soldier Field’s 50-yard-line.

However, help is on the way:

DC Sean Desai has been cleared from COVID-19 protocol & is set to coach tonight against the Vikings. @dunkindonuts | #MINvsCHIhttps://t.co/3Ih3Mz5MK5

Bears Defensive Coordinator Sean Desai has made it through the other side of the league’s COVID protocols. And by doing so, he’ll coach up the defense and call plays tonight against the Vikings. Had Desai been unable to do so, Senior Defensive Assistant Mike Pettine was ready to take his place. Having an assistant with prior play-calling experience makes for a nice fall-back option, but it’s one the Bears aren’t calling on at this time.

Unfortunately, problems persist throughout the defense Desai will call the shots for on Monday Night Football. This defense ranks 24th in scoring and 24th in Football Outsiders’ DVOA metric. And unless things change between now and kick off, it’s a defense that will be without its starting secondary because of COVID protocols. Cornerbacks Jaylon Johnson, Artie Burns, and Duke Shelley, as well as safeties Eddie Jackson and Tashaun Gipson Sr. need to test out of protocols in order to leave the Reserve/COVID-19 list. In all honesty, that feels like a tall task.

So, uh, welcome back, coach! Good luck slowing down Dalvin Cook and Justin Jefferson with a group being held together by bubblegum and tape.