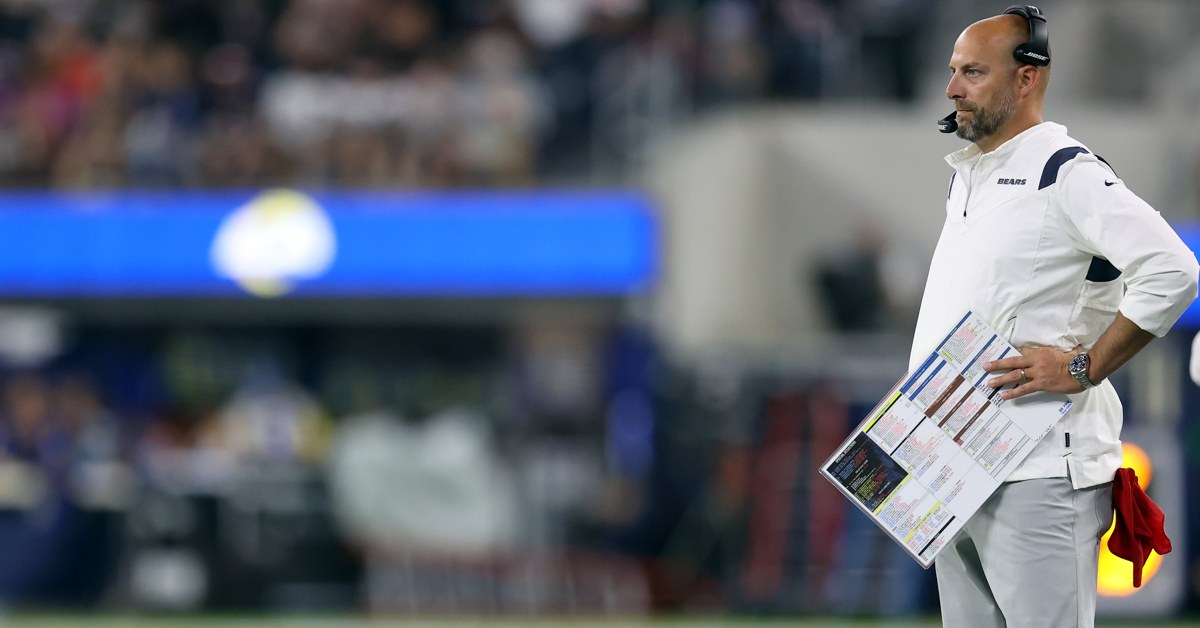 John DeFilippo was a hot name in the head-coach interview cycle of 2018. And while he isn’t in a position to parlay his résumé into a top job right now, there was a time when many believed he could be a solid play caller. In fact, back in 2018, one analyst saw a scenario in which DeFilippo calling plays as Bears OC while a defensive-leaning HC was overseeing the whole thing made sense.

So when the Bears announced that DeFilippo was set to fill in for Bill Lazor if Chicago’s offensive coordinator was unable to clear COVID protocols in time, there was some intrigue. The Bears’ offense couldn’t get any worse … right? Besides, there would be no one more motivated for Monday Night Football than DeFilippo. Remember, the Vikings fired DeFilippo *DURING* the 2018 season and removed him from play-calling duties. Admittedly, I was smelling a Coach Flip Revenge Game™.

Instead, what’s old is new again:

Matt Nagy when asked by @JoshLissSports if he’ll be “returning” to play-calling tonight: “I’ll be returning to, you know, obviously helping out w/ all the play calling like I do all the time. But at the same time, I think Flip & I are going to do a great job of working together.”

The ability to make everything clear as mud would be impressive if it wasn’t resulting in me pulling out the few remaining strands of hair on my head.

Matt Nagy wasn’t likely hand over play-calling duties to DeFilippo. But there was certainly an argument that maybe he should. Again, it can’t get any worse … right?

Listen to this guy talk football and tell me you wouldn’t want him calling plays:

You know what would be neat? If the Bears let their coaches break down film in a public forum as the Eagles did with DeFilippo in the videos above. Naturally, the Bears would point to privacy and wanting a competitive edge by treating everything as if it were nuclear launch codes. But fear of losing competitive scheme advantages didn’t stop the Eagles, who won a Super Bowl with DeFilippo coaching quarterbacks and doing displays like the one above.

Instead, it sounds like Nagy will go back to something that hasn’t worked well since 2018. And while I suppose it’s nice to go out on your own terms, there has to be a better way.