The Math - Not Me, the Math! - Says Matt Nagy is a Coward Skip to content 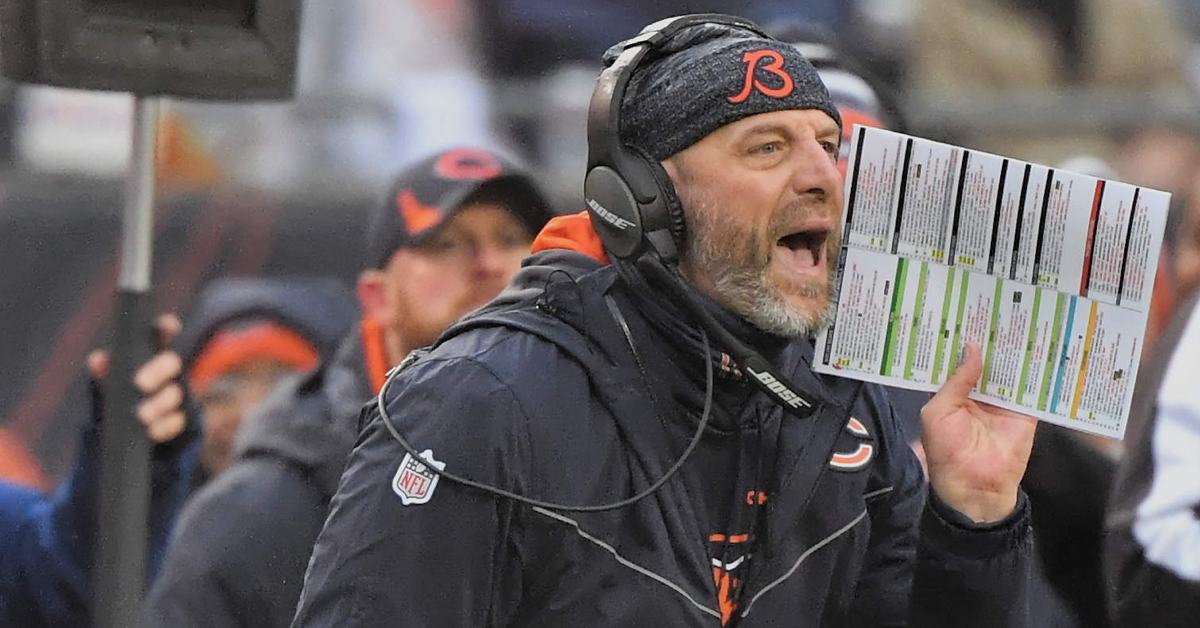 Things were supposed to be different in the Matt Nagy era.

Nagy should have been ushering in a style of football that created mismatches on offense and put points on the board. At least, he was supposed to drive us away from the type of conservative game-calling that was pervasive throughout John Fox’s tenure. Instead, things have come full circle for all the wrong reasons. And Nagy became everything he swore to defeat, so to speak.

It all culminated in Week 14, with a cowardly punt on 4th-and-short while down 11 points to the Packers in the fourth quarter in Green Bay. And to make things worse, Nagy had serious regrets about not going for it, but only in hindsight:

#Bears coach Matt Nagy on his own decision to punt on fourth-and-1: pic.twitter.com/J9ELhPXeFz

Had this been a one-off situation, I would chalk it up as such. But it wasn’t a one-timer. In fact, it was only the latest in a disturbing trend. One that should be taken into consideration when it comes to evaluating Nagy’s head-coaching future.

The Surrender Index is a quantitative online project that determines the cowardly levels of each NFL punt. An offshoot of the Surrender Index is a sibling site that highlights punts at or above the 90th percentile. Here, we’ll find a ton of mentions showing how cowardly Nagy has been in terms of punting in situations he should be going for it.

For example, there have been eight such instances in which a Bears punt has registered in the 90th percentile this year. Two such instances came in the Bears’ Thanksgiving Day win against the Lions. And then there were two more on Oct. 24, a 38-3 drubbing at the hands of the Buccaneers. Ideally, no one wants to coach a team registering any such punts. But to have two in one game twice is so bothersome. Unfortunately, there is plenty more where that came from for this bunch.

Here they are, indexed in all their cowardly glory.

As a point of comparison, the Chiefs — coached by Nagy’s mentor Andy Reid — have had just seven punts rank in the 90th percentile on the cowardly scale. Closer to home, the Packers have had just eight such punts.

It’s almost as if fortune favors the bold.

At the end of this fact-finding mission, I found myself hating how many ways I could dissect these acts of cowardliness. For instance, there were 10 that happened in island games in front of a nationally televised audience. That includes five going down on Sunday Night Football. Nine occurrences against teams with winning records. Eight against teams with losing records. Seven came against divisional opponents, four against the Lions. Really? We’re green-lighting cowardly punts against the Lions? That’s pretty pathetic.

In the end, maybe it boils down to this: The Bears are 6-14 when they appear at least once on the Surrender Index’s most cowardly punts list. Whether that is causation or correlation is almost irrelevant. Cowardly punts should be abolished. We can start tonight against the Vikings. And then move from there…