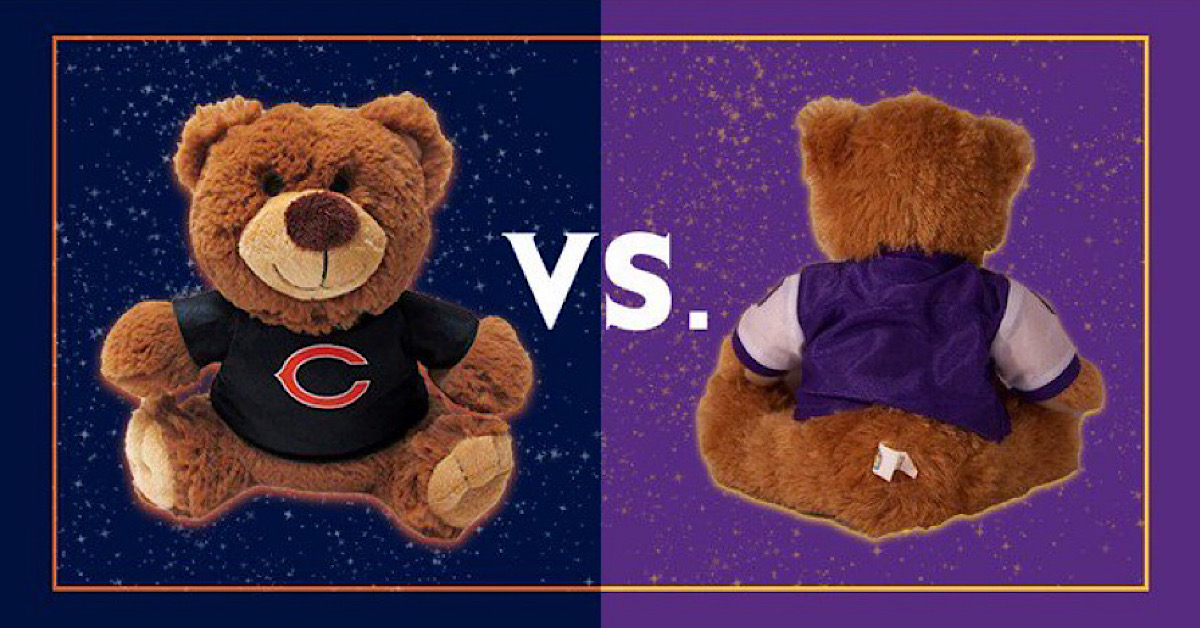 The Bears limp into this one at 4-9 with not much to play for except, well, really nothing.

Chicago has a whopping 16 players and coaches on the COVID reserve list. And unless something changes between now and when inactive players are announced, the entire starting secondary is out for tonight’s contest with the Vikings. It would be fun to see the Bears somehow pull out a win over the Vikings and spoil their chances at a wild card berth. But again, the entire secondary, two offensive tackles, a starting wide receiver, and two coordinators are all out for this one.

So, this guy might have an absolutely BONKERS game:

Every Eagles WR combined this season

Of course, it’ll be on national television too.

The Minnesota Vikings lead the Chicago Bears 61-57-2 in the all-time series between the two storied rivals. But the Bears have won five of the last six games against the Vikings.

Justin Fields gets to face the Minnesota Vikings’ 25th ranked defense tonight, but he’ll be doing it with both of his starting tackles out and Allen Robinson II. Fields looked all right in the losing effort against the Packers on Sunday Night Football last week. Still, he’ll have to be better tonight in what will probably be a shootout between two bad defenses (and a Bears defense with no healthy starters in the secondary).

Am I starting to get concerned with Justin Fields yet? No, I’m not even close to being there. But I’m not going to pretend that he’s played well this season. I need to see more from the rookie quarterback these final four games.

Roquan Smith checks into tonight’s game with 130 tackles on the season and 492 career tackles, which means it’s possible that Smith can pass Brian Urlacher’s total tackles in his first four seasons (510) with a 19-tackle performance. Sure, it’s probably more likely that Smith eclipses Urlacher’s 510 when the Bears visit the Seahawks next week, but it’s something to watch for on a night when there won’t be much else to care about on the defensive side of the ball.

You can read more about Smith’s pace through his first four seasons compared to Brian Urlacher here:

Roquan Smith is pretty damn good, and it’s high time he starts to get his flowers nationally. So, what are you waiting for? Start voting! #ProBowlVote #DaBears https://t.co/DmjYMoiWG6

“David Montgomery is the backbone of this offense for the time being. If all goes well, Justin Fields will takeover within that role shortly, but for now, the Bears offense marches to the beat of David Montgomery’s drum.”

That’s how I started the David Montgomery portion of ‘Three Bears’ last week, and we can pretty much rinse and repeat the same this week as nothing has changed. Feeding Monty the ball and winning the time of possession battle will go a long way in making sure that Justin Jefferson doesn’t rack up 250 receiving yards against the MASH unit secondary that the Bears will run out there tonight. Feed Monty, please, for the love of all things holy.

But, of course, there’s this: