Even After Mathematical Elimination From the Postseason, Matt Nagy is Putting Winning Ahead of Critical Development Skip to content 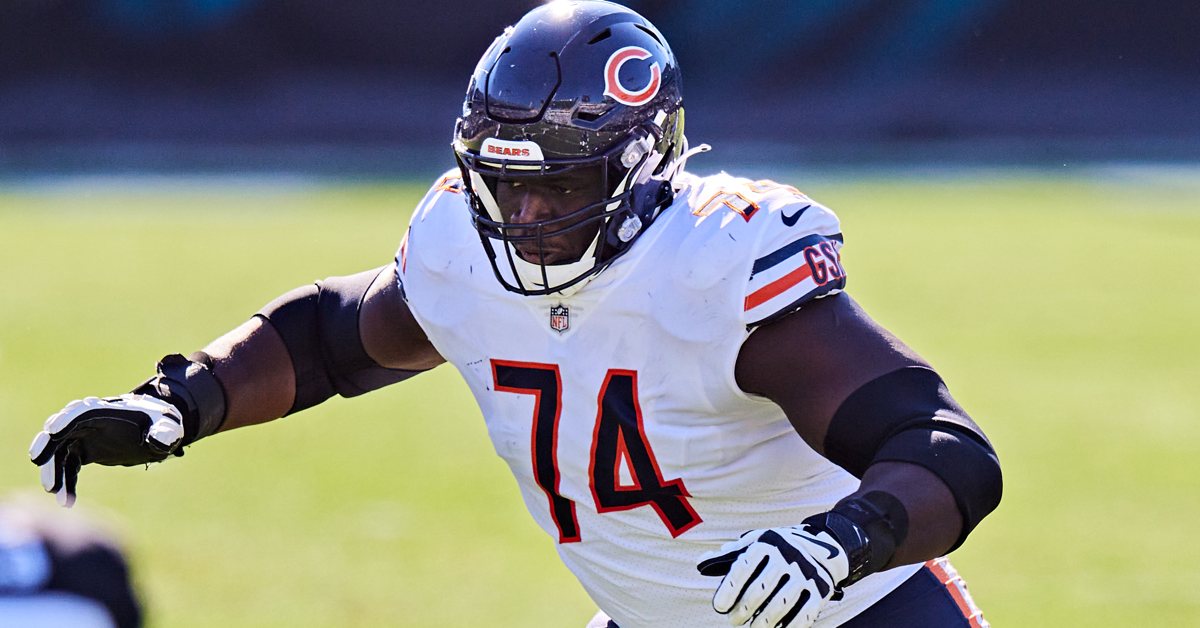 Earlier in December, the Chicago Bears had a decision to make on how to put together their offensive line. Rookie Teven Jenkins was making his way back into the lineup after being sidelined because of a back injury. But rather than throw him some reps along the line, the team limited him to a grand total of two special teams snaps.

Head Coach Matt Nagy’s explanation why this was simple, but discouraging. Nagy told reporters the team wasn’t thinking in terms of a youth movement in the lineup because it wasn’t mathematically eliminated from postseason contention. Eighteen days later, the Bears are ineligible for postseason play.

And for some reason, free-agent-to-be Germain Ifedi is starting at right tackle instead of developing rookie Larry Borom.

Germain Ifedi will start at right tackle on Sunday meaning Larry Borom, who returned from the reserve/COVID-19 list this week, will be a reserve.

This is infuriating. Much like it felt as if the Bears weren’t giving Jenkins snaps on the offensive line because he might not have been ready to help this team win in this specific moment, it feels like the team is holding back Borom for the same reasons. Part of me can understand wanting to get Ifedi in the lineup against the team that let him go in free agency two offseasons ago. But in no way would that part of me prioritize that over starting a rookie whose long-term development is far more important to this franchise than an Ifedi revenge game against his former teammates.

It wasn’t that long ago when Nagy had the option of swapping Jenkins and Borom as staring tackles as being on the table. Now Borom can’t start? Hmmm. That’s suspect. To go from promising rookie you were once willing to start at an important position to not starting at all feels wrong. These are the actions a 4-10 team shouldn’t be making. But it’s a 4-10 Bears team led by someone coaching to make things look better than they seem. And that isn’t good for organizational culture or health. The Bears head coach said as much in August.

This is what Nagy had to say to Peter King in August about developing Justin Fields (bold emphasis mine):

“If we play Justin early to satisfy our needs, and not to do what’s best for Justin and the Chicago Bears, we’re going to ruin Justin and hurt the Bears. We need to do is what’s best for the Chicago Bears — not only right now but we want this to be something that lasts 15 years. Not two years. See what I’m saying? What happens is, people get stuck in the moment, and they do it to satisfy themselves. I’m gonna do what’s best for Justin Fields. Not for Matt Nagy. People can say the save-your-job deal. Let me tell you how much I care about that part, okay? I don’t. When you start doing things to do things for yourself, you’re wrong. You’re dead wrong. You’re dead wrong. I’m not letting that happen. We are going to develop Justin right, and we’re sticking to it.”

There is a case to be made that four months after claiming he would do right by Justin Fields and the Chicago Bears organization – even at the expense of his own self – Nagy is going back on his word.

Not only is Nagy going back on his own word. He’s doing it. AGAIN. Nagy can’t even stick to his own plan, which is now turning problematic for the current Bears and leaking into the future. If only there was a way this could’ve been avoidable.

Maybe Borom isn’t all the way back to full strength after his stint on the COVID reserve list. That would be a reasonable thing. But if that was the case, then why even make him available as a reserve. Find another young player who is at full strength who could use the reps.

Or maybe the Bears should find an interim coach who is willing to put player development ahead of their own needs.