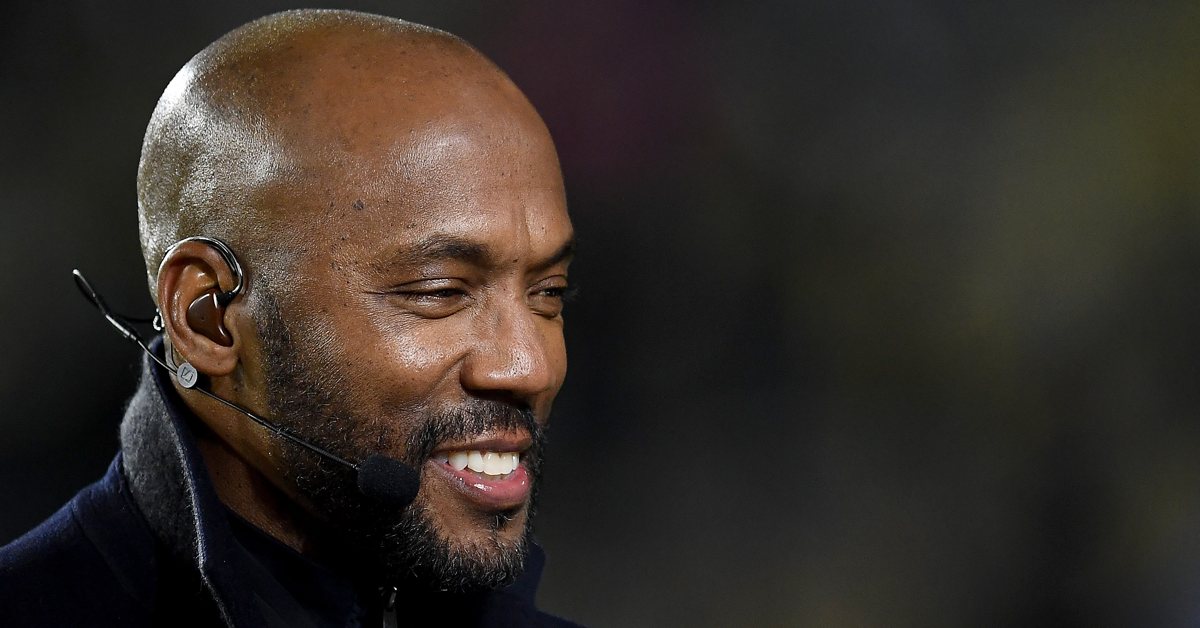 When Louis Riddick was interviewing for general manager openings last year, I thought someone would scoop up one of the hottest names on the rumor circuit. But one year after securing interviews with the Lions and Falcons, Riddick still finds himself on ESPN’s airwaves. And while football fans who are keen to tuning in and getting Riddick’s insight and analysis are the big winners, it is fair to wonder if other teams will want to pry him out of the booth.

Better yet, could the Bears perhaps be a team that piques Riddick’s interest?

Riddick, a regular contributor to The Waddle and Silvy Show on ESPN-1000 in Chicago, was asked by Marc Silverman if a job with the Bears would interest him if the team were to pick up the phone and give him a call. Fair question. And Riddick’s response was an eye-opening one.

“Of course I would listen. Of course. It’s the Chicago Bears, man,” Riddick said during Thursday’s appearance of The Waddle and Silvy Show. “It’s a blue blood franchise. Of course. And you know what … I’ll just leave it at that.”

Riddick is a “people’s champ” type of potential general manager target. It has been easy to gravitate to Riddick for his thoughts on what’s happening in Chicago. The Monday Night Football broadcaster has offered fair and constructive criticism of the Bears across a variety of ESPN platforms. And for that, Bears fans are thankful. Couple years of honest assessments with a background as a player and executive in the league before sliding over to the broadcast side, and it should be easy to understand why folks have an interest in him being someone the Bears talk to when (if?) their GM gig opens.

And for what it’s worth, Riddick was sounding like a guy who knew what he would want to do if he had the job. Theoretically, of course. His 50,000-foot view from above exploring the Bears’ needs are the words of someone who seems to have the pulse:

“Do they need more fortification in the back end? More secondary players, more ball hawks? More playmakers? Yes. Are they going to need to get younger as far as pass rushers are concerned? Yes. Let me go to the other side.

Are you going to need to get another offensive tackle? Yes. Is Teven Jenkins going to need to make a big jump? Yes. Could you use more depth from guard to guard, including center? You sure could. Do you need an alpha number one wide receiver? A true number one? You sure do.

Do you need someone who can really connect with Justin Fields, and develop his drop back game so as to then marry it with his outlandish physical talent and ability to get outside the pocket and create and just really threaten people with his athleticism. Yeah, you do.

Can that all be done in one offseason? Probably not. But you sure can make them good enough to where they are at the very least, an 8-8 football team. If not better than that.”

Candid candor? Check. Genuine commentary? Double check. Truthful insight? Triple check. Straightforward analysis without talking around obvious issues? Yep. All of it. None of what Riddick said is shocking or untrue. But it’s always nice to hear it from someone with his platform. And while Riddick said the Bears didn’t reach out to him while he was at Soldier Field, it doesn’t sound like he’ll turn down an interview opportunity if it happens.

Of course, in order for this to go down, Riddick would likely have to fire his friend as his first act of loyalty — which could make for some fascinating drama.