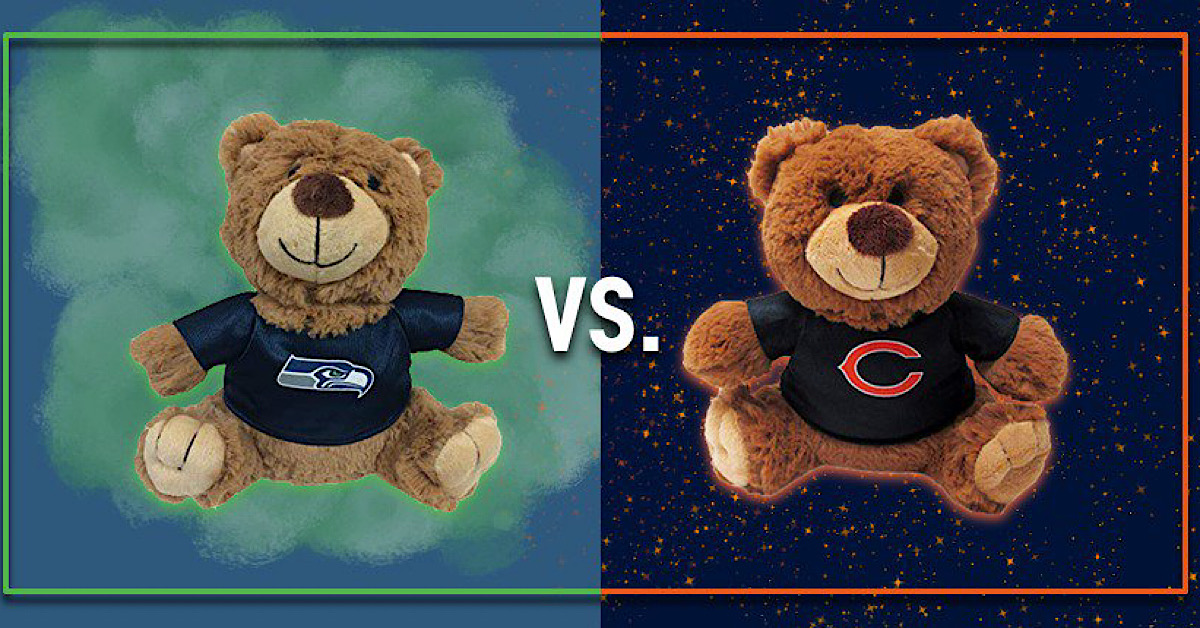 This weekend, the Chicago Bears head to the Pacific Northwest to take on the Seattle Seahawks on Sunday in a battle of two teams staring down the barrel of change this summer. The Pete Carrol-Russel Wilson-Legion of Boom era in Seattle seems to have grown stale at this point, and the Seahawks’ 5-9 record is evidence of such. Meanwhile, the Matt Nagy era in Chicago is (in all likelihood) in its final weeks.

So, what do we have to watch for this weekend? Well, you’ll just have to wait until you get to the ‘Three Bears’ section down below, but, in the meantime, remember when the Bears were a hot name in the Russell Wilson sweepstakes this spring? Jeff Hughes over at DBB walks us through the trade that never was in his latest post. It’s an interesting read if you’re looking for additional reading material.

Anyways, Merry Christmas and Happy Holiday’s to everyone!

The DraftKings SportsBook lists the Bears (4-10) as 6.5-point underdogs against the Seahawks (5-9). Over/under: 43. More on the odds and ATS picks here.

The Seattle Seahawks lead the Chicago Bears 11-7 in the all-time series and have won four of the last six meetings between the two.

Darnell Mooney has just 11 catches for 109 since recording back-to-back 100-plus receiving yard games against Baltimore and Detroit last month. Still, Mooney has a chance to get back to that level of production this Sunday against a weak Seattle secondary, even with Justin Fields sidelined with an ankle injury. Mooney has 57 catches for 803 yards entering Sunday’s contest, so taking advantage of Seattle’s league-worst pass defense would go a long way towards Mooney logging the first 1,000-yard season of his career.

Roquan Smith checks into tonight’s game with 140 (a new career-high) tackles on the season and 502 career tackles, which means it’s possible that Smith can pass Brian Urlacher’s total tackles in his first four seasons (510) with a nine-tackle performance. So, that’s pretty darn cool. Of course, this is on the heels of Roquan Smith once again being snubbed from the Pro Bowl this week. Smith will get to oppose Bobby Wagner, who was selected as one of the two inside linebackers for the NFC Pro Bowl roster with 158 tackles this season. What a chance to show everyone who’s better these days, right?

Thomas Graham Jr. had himself quite the debut on Monday Night Football against the Minnesota Vikings. So good that he’s earned himself an extended tryout for the final three games of the season, so he’s now on my “we have nothing to focus on but the future” radar. The sixth-round pick from Oregon finally began to turn heads in practice the past few weeks after struggling to get his confidence back from missing the 2020 season (COVID) and being cut in training camp, just in time for a COVID outbreak in the secondary to open up a shot for Graham on the 53-man roster. If it’s not a flash in the pan performance, it’s really a fun story of perseverance and an excellent find for the Bear moving forward. I’ll leave you with a breakdown of his Week 15 debut:

“The one thing about this league is you only get one chance,” Graham said. “I knew this was going to be my one chance.” @_TG4__ knew he had to pounce on his shot on Monday night and the rookie corner did just that. A breakdown of Graham’s NFL debut:https://t.co/QyYV9dONij