On Top of Battling the Cowboys, Washington’s Football Team is Fighting Itself on Sunday Night Football. Skip to content 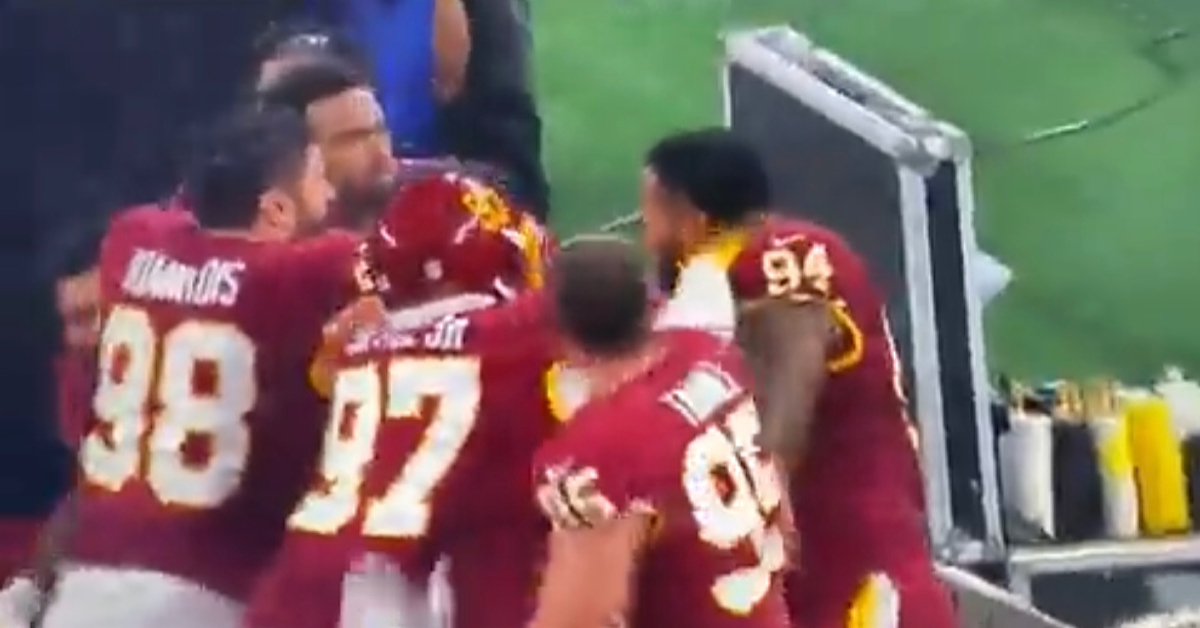 The Washington Football Team, which is still mathematically alive for postseason play, is absolutely getting worked by its Dallas counterparts on Sunday Night Football.

It’s been an onslaught from the get-go. And to twist the knife, WFT finds itself battling each other *IN ADDITION TO* the Cowboys. No, seriously:

Jon Allen swung at Daron Payne on the bench after Payne put a finger in Allen's face.

Big yikes situation in Big D for WFT. It’s not that it’s two teammates. Or two guys who stand next to each other on the defensive alignment. Heck, it’s not even about two dudes in the same position room. Payne and Allen go back to playing together at Alabama. This feels like one of those “boys being boys” fights that happens between brothers. Even still … it’s different when it plays out on national TV.

Admittedly, it’s been a tough year for the Chicago Bears on so many different levels. And I know better than to throw rocks while residing in a glass house. But at least things haven’t devolved down to this. Well … not yet at least.