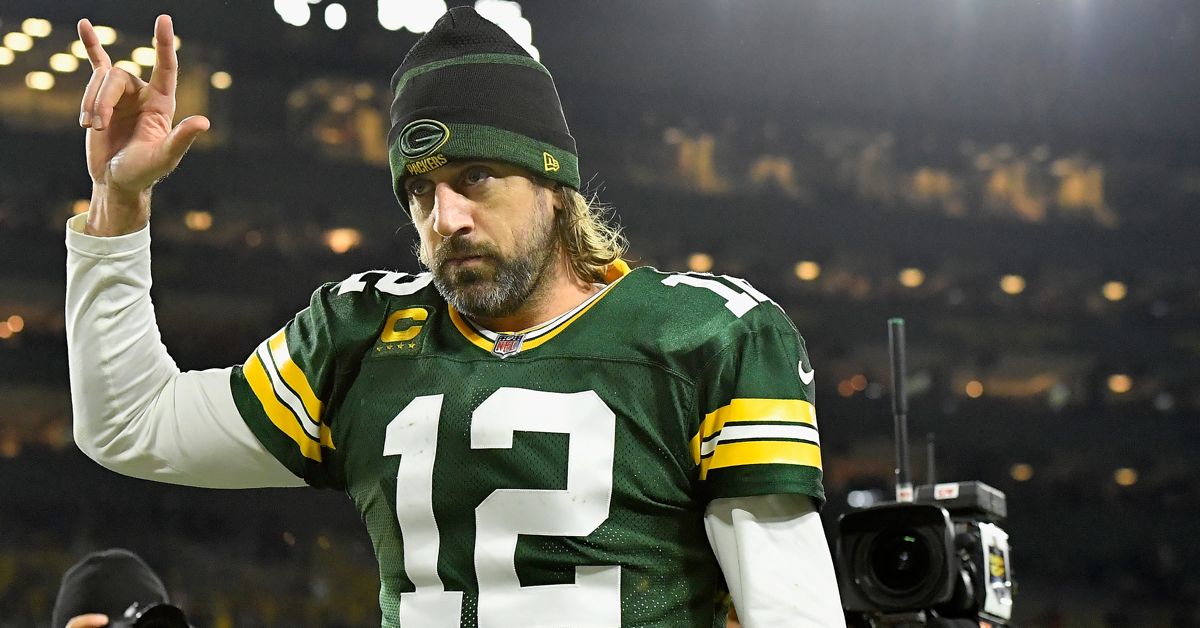 Aaron Rodgers’ 2021 played out like a script that was put together by a team of MadLibs enthusiasts, fans of create-your-own adventure books, and telenovela show runners.

But as we head into the new year, Rodgers hopes to not repeat history:

Aaron Rodgers is not ruling out retiring after this season: "I'm just enjoying this season for this season, and playing next year will definitely be in the thought process." He says it's important for him to "not be a bum" on his way out, but play at high level. He's doing that.

Whatever he decides after this season, Aaron Rodgers says it will be a "quick decision" instead of a long, drawn-out process. He'll speak with people close to him, including key members of #Packers, after the season ends and determine how he'll move forward.

While Rodgers told reporters he hasn’t made any decisions about what he’ll do in 2022 just yet, he began laying out his options. So while I have ideas what Rodgers should do, let’s discuss the ones that are realistically on the table.

At the top of the list is retirement, which would bring a great amount of joy to fans in Chicago, Detroit, Minnesota, and elsewhere throughout the NFC. And if that’s how the cookie crumbles, I know no shortage of Bears fans who will be willing to escort him into the life of a retired ex-quarterback. Of course, Lions and Vikings fans would be pushing and shoving to get their cracks at it. In any case, there’s plenty of options for those ready rid themselves of Rodgers torturing them and their favorite team.

However, retirement isn’t the only option. There are others. Most notably, the possibility he returns to Green Bay in 2022. Rodgers’ return would mean the team would be more than $40 million over the cap. And it’s worth pointing out that trading him would clear up more than $19.297 million in cap relief. That’s not much. But it’s certainly not nothing. However, from a Green Bay perspective, clearing up cap space and losing Rodgers doesn’t seem like a winning proposition. Then again, Green Bay would likely restructure or snip other deals in order to prioritize Rodgers’ return next season. To be fair, I would do the same. C’mon, now. We all saw Jordan Love’s starting debut.

In the end, the big takeaway here from Rodgers might be that he isn’t planning on holding the football world hostage with his “will he or won’t he” escapades. No games. Or subliminal messages. No using Jeopardy, Joe Rogan, Pat McAfee, or any sort of social media to make a point. Rodgers says he plans on talking it over with those close to him, then making a “quick decision” at the end of the day. Whatever choice he makes will have quite the ripple effect around Green Bay, the NFC North, and the NFL as a whole. And the sooner it happens, the better it will be for all of us.