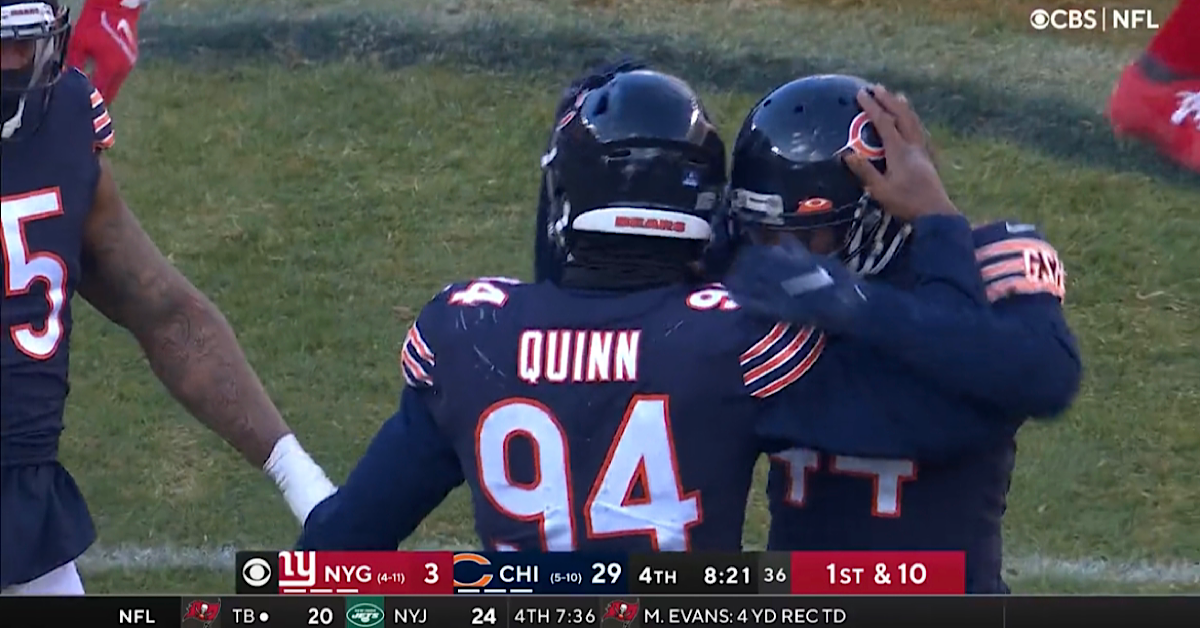 There was a time in this game in which I wasn’t sure Robert Quinn would get an opportunity to break the Bears single-season sack record. Not when the Giants commitment to the run was kin to a high school coach running out the clock in a blowout, leaving few (if any) pass-rushing opportunities.

But late in the fourth quarter, Quinn got his opportunity and didn’t let it slip away:

He now leads the NFL in sacks and has set a new single-season franchise record for the @ChicagoBears. #DaBears

And there it is!

Quinn’s first sack of the day brings him to 18 sacks. That breaks Richard Dent’s single-season record for sacks, which he set with 17.5 back in 1984. It’s been quite the turnaround for Quinn, who had just two sacks in his first season in Chicago. Credit Quinn for an epic bounce-back year after a disastrous debut. A nice reminder that it’s not that you fall, but how you get up.

There hasn’t been much good stuff to write home about with these Bears. But Quinn’s efforts are like a ray of sunlight on a cold January day. Salute.