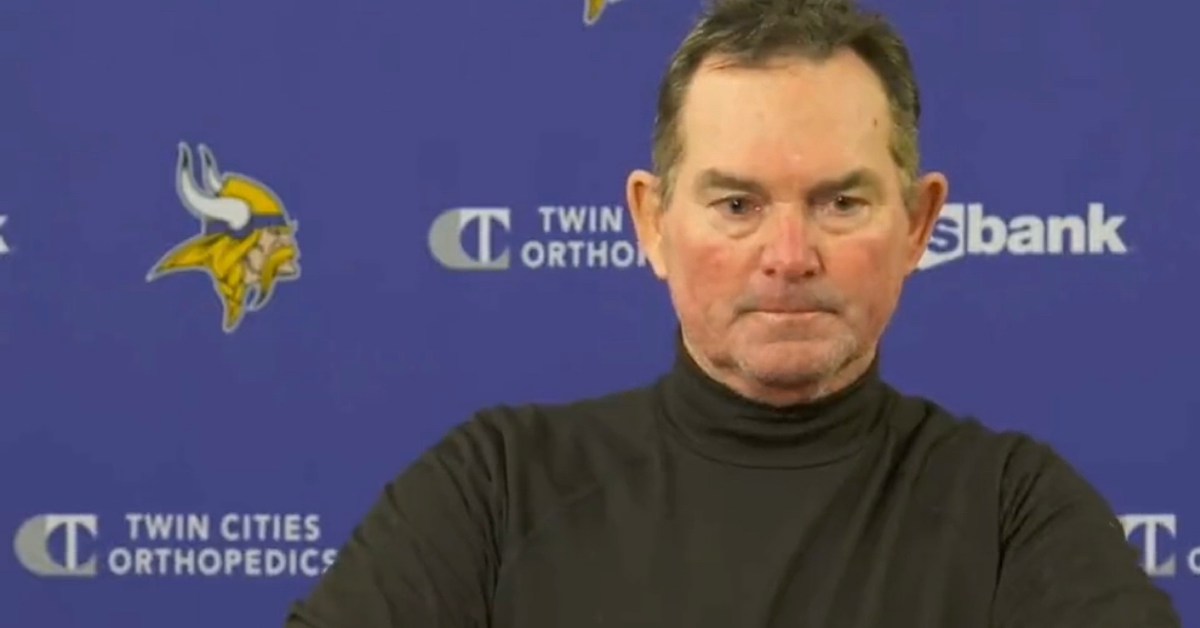 One of the biggest takeaways I had after Sunday’s action was that the Chicago Bears might not be the only NFC North team vying for a new coach at this time next week.

Because while all signs are pointing toward changes happening in the Bears’ coaching ranks after Week 18, this quote from Vikings Head Coach Mike Zimmer makes me think he knows he might as well have one foot out the door:

Does Mike Zimmer want to see Kellen Mond next week in the season finale?

“I see him everyday.”

This is the coldest thing I’ve ever heard from a coach. My goodness. pic.twitter.com/0FaufxxoQw

A head coach declining to get a look at young players who are part of the future for reasons unbeknownst to anyone but said coach is quite relatable around these parts. More on that later today. In the meantime, imagine being Kellen Mond and hearing that from your head coach. Or don’t. Gotta protect your mental health, after all.

Mond, a third-round pick (66th overall) in last spring’s NFL Draft, was relegated to backup duties behind Sean Mannion in the Vikings’ blowout loss to the Packers (which eliminated their remaining postseason hopes). Mannion was playing because Kirk Cousins was out due to a late-in-the-week positive COVID test.

That Zimmer wasn’t willing to throw up a Hail Mary and start Mond, and that he isn’t willing to budge on playing the rookie, suggests the youngster isn’t ready … or not any good. Or it could be a sign that Zimmer knows he won’t be around to see Mond’s development. No matter how you slice it, that’s a blow to the ego.

Zimmer, 65, is 71-56-1 in eight years as the Vikings’ head coach. Minnesota has made the postseason three times, but has been disappointing in three of the last four years. Most recently in the last two seasons, both of which have featured at least nine losses. Perhaps it’s time for a split in the Twin Cities?

With that in mind, let’s remember that NFL teams can still fire head coaches today and give themselves a jump start on interviewing candidates who are assistants on other teams. No teams took advantage of the opportunity to axe the coach for the sake of getting a head start on interviewing for a replacement last week. Perhaps things change this week. Just something to keep in mind, especially after Zimmer’s candid commentary.

And, hey, wait … don’t tell me the Bears-Vikings game is meaningless:

I could be wrong because of tiebreakers but it might not be entirely meaningless.

If the Bears win, they would jump into a tie with MIN for 2nd in the North. It would impact next year's schedule and the opponents somewhat significantly. Again, assuming tiebreakers favor CHI. https://t.co/5TKCYizDGY

.@DhruvKoul may have figured it out. If the Bears win, then it comes down to the Chargers and Raiders game, which is now on SNF. https://t.co/F9MOace7YM

This game has potential NFL Draft implications! That counts as meaning!

Chicago doesn’t have a first-round pick in 2022. But things are lining up for its second-round pick to be a top-40 selection. That would be a win. Speaking of wins, a Bears loss in Week 18 might be considered one. Chicago closing out the regular season with a loss secures the pick to be no worse than 39th. That’s where it happens to be as of this morning. And any Vikings win would damage their draft spot. So … not totally meaningless!

Admittedly, I’m far more concerned with everyone getting out of US Bank Stadium next week with a clean bill of health and some confidence going into the offseason than I am second-round draft position.