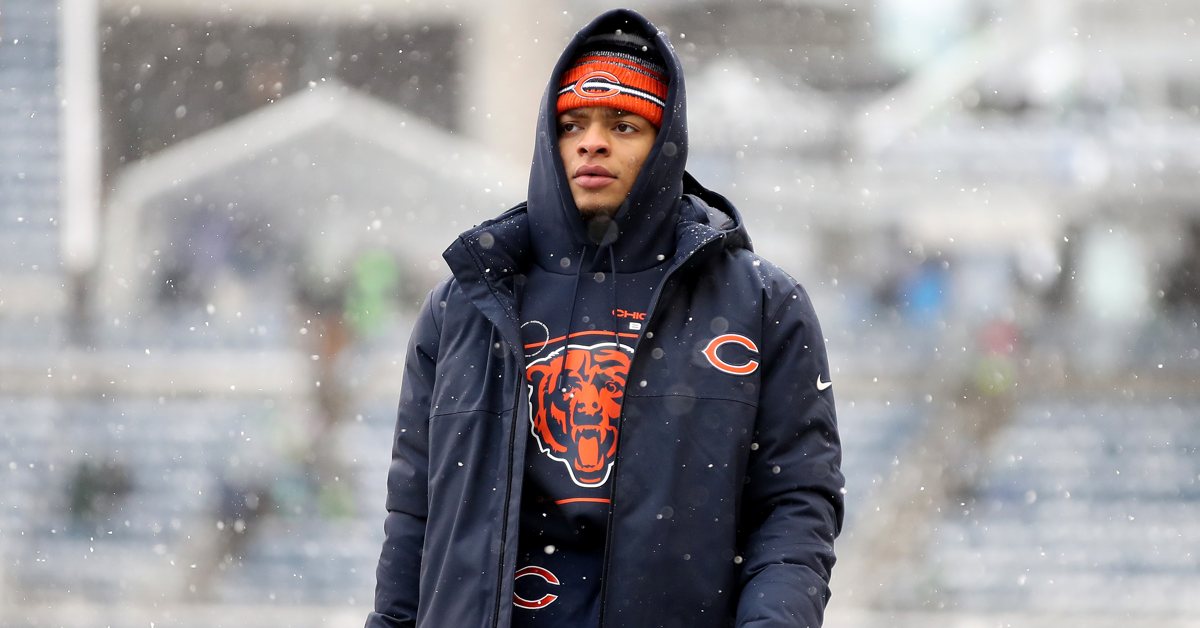 Throughout the CBS broadcast of the Chicago Bears’ 29-3 shellacking of the New York Giants, announcers Spero Dedes and Jay Feely were hinting — at several different points — at the possibility of Justin Fields returning to his starting quarterback role next week for the season finale against the Minnesota Vikings.

One day later, the Bears seem a step closer to that possibility being a reality.

Bears Head Coach Matt Nagy told reporters on Monday that the plan is to get Fields back in the starting lineup this week. This is a double-down of sorts for Nagy, who said Fields was “going to do everything he can to get back next week” after announcing his ankle injury wasn’t healed enough to start in Week 17.

Admittedly, It’s a mostly meaningless season finale for the Bears and Vikings.

(Not that it matters to Vikings Head Coach Mike Zimmer with respect to his rookie QB):

But I wouldn’t call it meaningless around anyone who has to suit up on Sunday. And I especially wouldn’t do it in front of the QB-of-the-future. Fields is a competitor and a hard-worker who put in the time to get to this point. From an injury standpoint, we’ve seen him play through some things while at college and early on in his pro career. So with that in mind, I wouldn’t put it past him to push through in order to try and end his rookie season on a high note.

It has been an uneven rookie season for Fields, who has more interceptions (10) than touchdowns (7) in 12 games this season. But since the three-interception clunker against the Bucs, things have been trending better for Fields. And because he has shown enough flashes, it would be nice to get him an opportunity against a Vikings defense that has allowed multi-TD pass games to opposing quarterbacks in five of nine games since their bye week.

Of course, everything hinges on the health of Fields’ banged-up ankle. This makes sense. The last thing the Bears should be doing is putting a less-than-100 percent Fields out on the US Bank Stadium turf in a what is a (mostly) meaningless game against the Vikings. Sure, it would be nice to get him some live-game reps. And it would feel good in our souls to see Fields end his rookie season on a high note if possible. But perhaps the highest of the high notes would be Fields gearing up for the offseason with a clean bill of health.

In the end, we’ll have a better idea if that is a realistic possibility on Wednesday when the first injury report of the week goes out.

For more from Nagy, check out his press conference below: