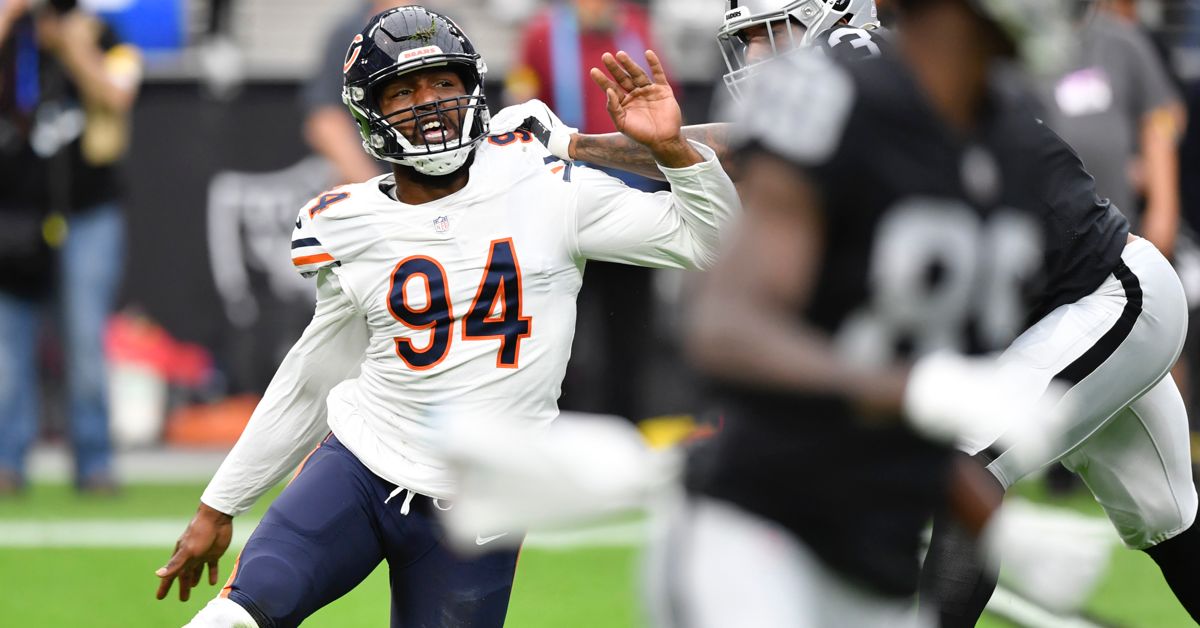 Robert Quinn set a Chicago Bears single-season record by recording his 18th sack of the season when he took down Mike Glennon in Sunday’s win against the New York Giants.

The only thing more satisfying than watching Glennon go down is watching all 18 of Quinn’s sacks in one convenient space:

But not my favorite.

That’s because my favorite Quinn sacks were the ones that also happened to be on Spanish broadcasts:

Quinn has taken down league MVPs (Rodgers), Super Bowl winners (Russ, Big Ben), top picks (Stafford, Burrow, Baker, Goff, Kyler), Pro Bowlers (Cousins), and fantasy football saviors (Huntley). It has been an impressive showing, no doubt. And if he can snag five more against Sean Mannion, Kellen Mond (as if Mike Zimmer would let that happen), or Zombie Kirk Cousins, then he’ll have the all-time single season record to himself. After watching the Vikings give up a pair of sacks and five quarterback hits, there’s a non-zero chance it could happen.