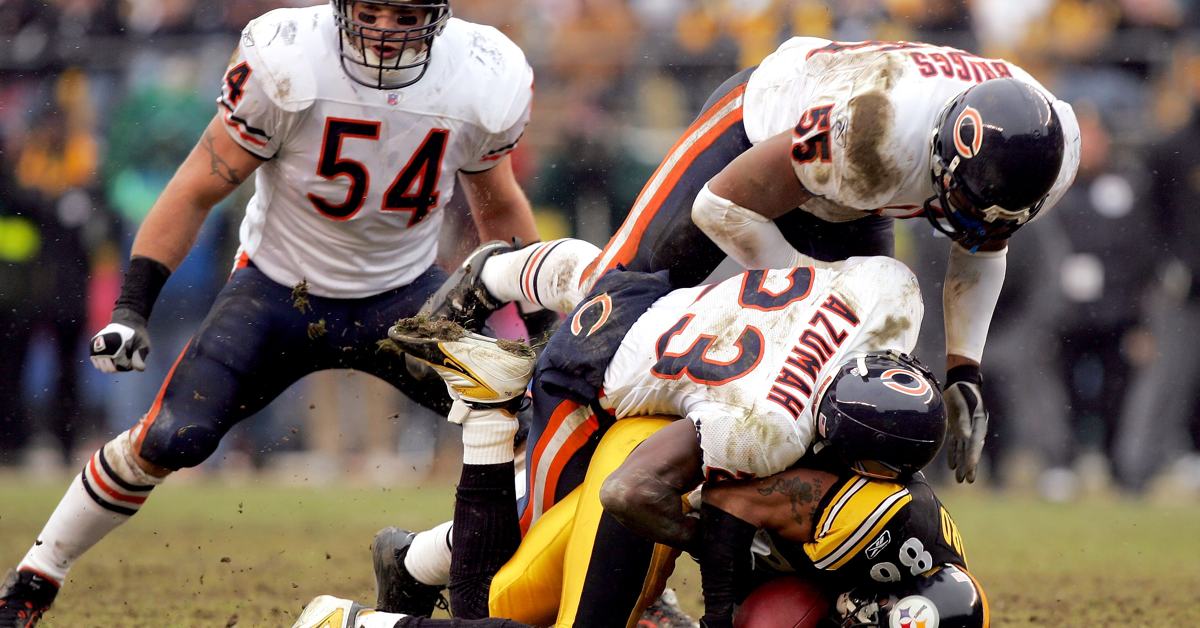 As the Chicago Bears’ tumble has continued, we’ve seen a growing number of former players speak up and share what they’re not loving about the season. And while not all of the advice and commentary has been … particularly useful, I do think retired Bears cornerback/return ace Jerry Azumah – who played 105 games over seven seasons with the team from 1999-2005 – is onto something.

Heck, so does one of his prominent former teammates:

To be clear, the Bears shouldn’t be putting a former player in the front office just because they were a former Bear. That would be counterproductive and a sub-optimal use of resources. But ownership, management, and the front office could use all the help it can get. So why not open the lines of communication? A little advice never hurt anyone.

Talk shop with “Peanut” Tillman, a Walter Payton Man of the Year winner and respected figure. Chop it up with Olin Kreutz, who has the perspective of a former standout player, media analyst, and mentor to aspiring lineman. Connect with Gary Fencik, a popular member of the Super Bowl XX team, Yale grad, and a successful businessman who knows the organization well. I imagine there are others who aren’t coming to mind right now. Nevertheless, there are untapped resources the Bears have at their disposal that they aren’t using to their full potential. Why not give it a shot?

There is little harm that can be done by checking in with former players, especially those who want to help. Maybe there is someone who could help clean up some things here and there. Can’t hurt, could help.