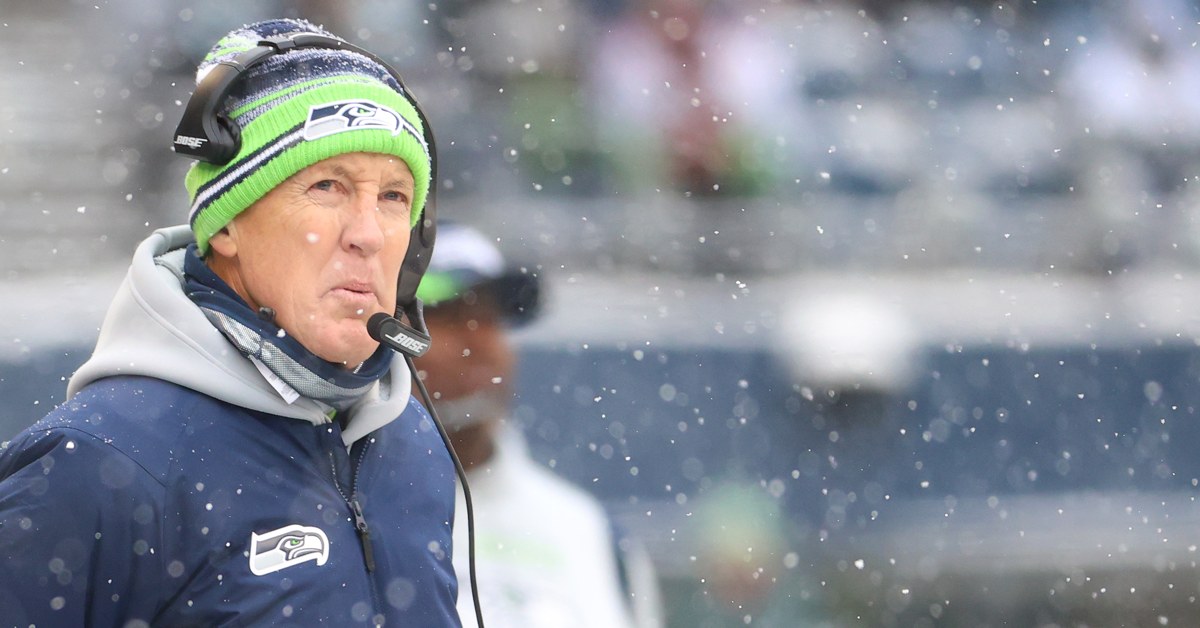 There is an expectation that this Sunday will be Matt Nagy’s last game as head coach of the Chicago Bears. Which means we’ll soon have a coaching search on our hands. And whether it’s Sean Payton, Leslie Frazier, or a handful of noteworthy up-and-comers, I expect that search to cast a wide net.

Although, I didn’t expect said net to drag this name ashore:

In an interview with 670 The Score’s morning show, Pro Football Talk’s Mike Florio name-checked Seahawks Head Coach Pete Carroll as a possible fit for the Bears should (1) Seattle part ways with the long-time head coach and (2) Chicago makes it officially official with Nagy.

“You can bring in a regime that will keep you in the neighborhood of 10-7, 9-8, maybe you get to the playoffs, maybe you don’t, or you strive for something more,” Florio told the Mully & Haugh Show. “And I’d be more fascinated by the possibility of bringing Pete Carroll to town if he gets fired by the Seahawks. Because I think the Bears make perfect sense as an immediate landing spot. The Bears could do and have done a hell-of-a-lot-worse than what Carroll did for 10 years in Seattle.”

Yeah, I have the same quizzical look on my face that Carroll has in the image 670 The Score put with this image. Also … is this one of those “misery loves company” things that noted Vikings fan Mike Florio puts out there so rival fans can squirm? In any case, it’s got my mind spinning.

On the one hand, Carroll seems like the kind of fit that makes sense for the Bears, especially with the instant credibility that comes with being a long-time NFL head coach and executive. This current regime headed by Chairman George McCaskey and President Ted Phillips has made it a habit of hiring first-time head coaches. They did it in 1999 (Jauron), 2004 (Lovie), 2013 (Trestman), and 2018 (Nagy). But maybe bringing in someone with experience after the Nagy show would be in the cards.

Let’s be honest, Chicago could do worse than bringing in someone with Carroll’s credentials — a 151-104-1 all-time record, two trips to the Super Bowl, and one ring. But at what cost?

Hiring a coach who turns 71 in September would be something that comes with considerable risk. And while there is no denying Carroll’s overall body of work, are we sure he would be what this franchise wants moving forward? Past performance doesn’t guarantee future success, after all. Could Caroll be a cultural fit with what this franchise wants to be moving forward? Heck, would a 70-year-old want to take on another major challenge this late in his career? And what about scheme? Is a coach who artificially restricts a stud QB like Russell Wilson a fit for Justin Fields? There are plenty of questions to ask before traveling down that rabbit hole. But I like that we’re looking to see what’s down there.

At the end of the day, it is fun to have these types of conversations. Then again, I’ll enjoy the chatter more when a more realistic collection of candidates wash ashore.