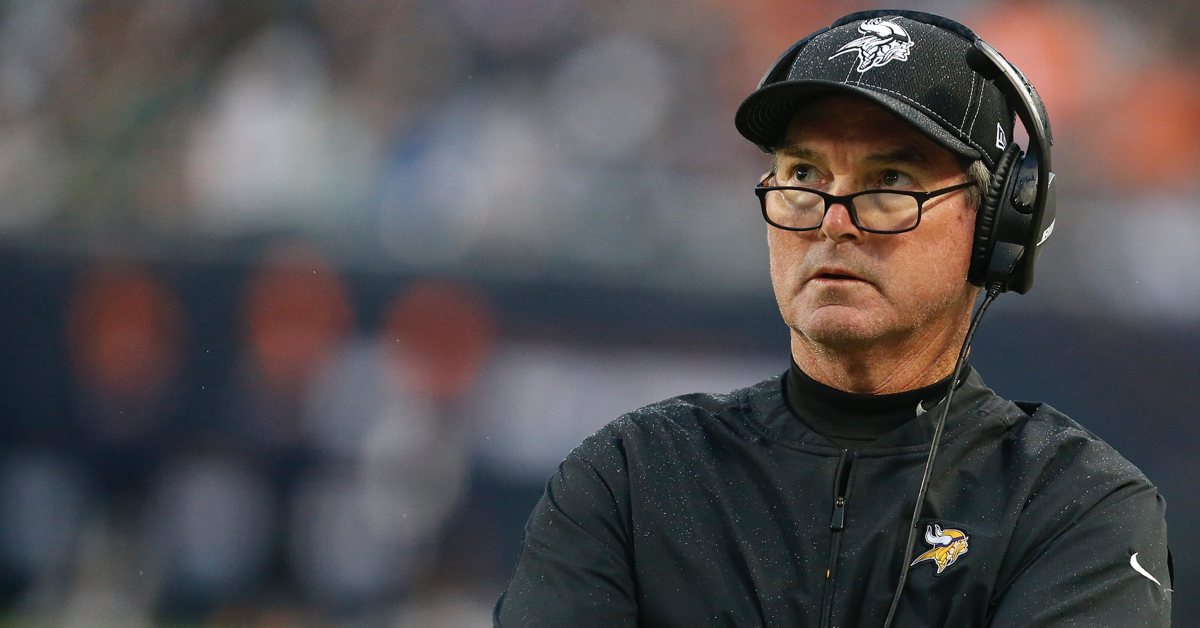 There has been ample discussion about the future of the Chicago Bears coaching gig around these parts for a good chunk of this football season.

And it appears to be all coming to a head with this Week 18 matchup against the Minnesota Vikings — a game featuring two teams that came into the year with postseason dreams, only to watch them slip away like a fleeting moment in time.

But all good things must come to an end, especially if Chicago’s football team is to start its coach-finding journey. And as it turns out, Bears Head Coach Matt Nagy might not be the only one saying their goodbyes after Sunday’s game goes final:

From NFL Now: With his future up in the air, #Vikings coach Mike Zimmer is proud of what he's done. If a change is made, someone would inherit a very solid situation. pic.twitter.com/4Cto3lrcz0

Vikings Head Coach Mike Zimmer might also be on the outs in Minnesota.

It sure sounds like back-to-back non-playoff seasons could weigh into the decision whether or not to bring back the 65-year-old head coach. Zimmer is 71-56-1 with the Vikings. This group has strung together four winning seasons, a division title in 2017, and even made it to the NFC Championship. It’s not like the Zimmer days have been wholly disappointing. But a loss to the Bears on Sunday, while helping Minnesota move up the tank rankings, would mark the franchise’s first 10-loss season since 2013. So, perhaps, it is time for a chance. And if that happens to be the case, a sleeping giant could emerge elsewhere in the NFC North.

The Vikings job should conceivably be among the most intriguing gigs available (if it opens). In fact, one ESPN pundit believes it is the best potential head coach position that could open once this season ends. And I suppose there are reasons this could be true, even if I whole-heartedly disagree with them on pure principle. Are you someone who likes Kirk Cousins? Then you’ll love knowing he is under contract for at least one more year. Not a believer? Then it’s worth pointing out that Cousins has is under contract for just one more year. The whole Cousins dynamic could make interest in this job go one of two ways. Then again, maybe having Justin Jefferson and Dalvin Cook might be enough of a tie-breaker for a coach dreaming on their next gig.

It would be such a drag if the Bears had to compete with Minnesota for head coach candidates this offseason. Then again, the Vikings have a tendency to not take the big shot when given an opportunity. So perhaps there won’t be much crossover after all. Guess we’ll have to wait and see.