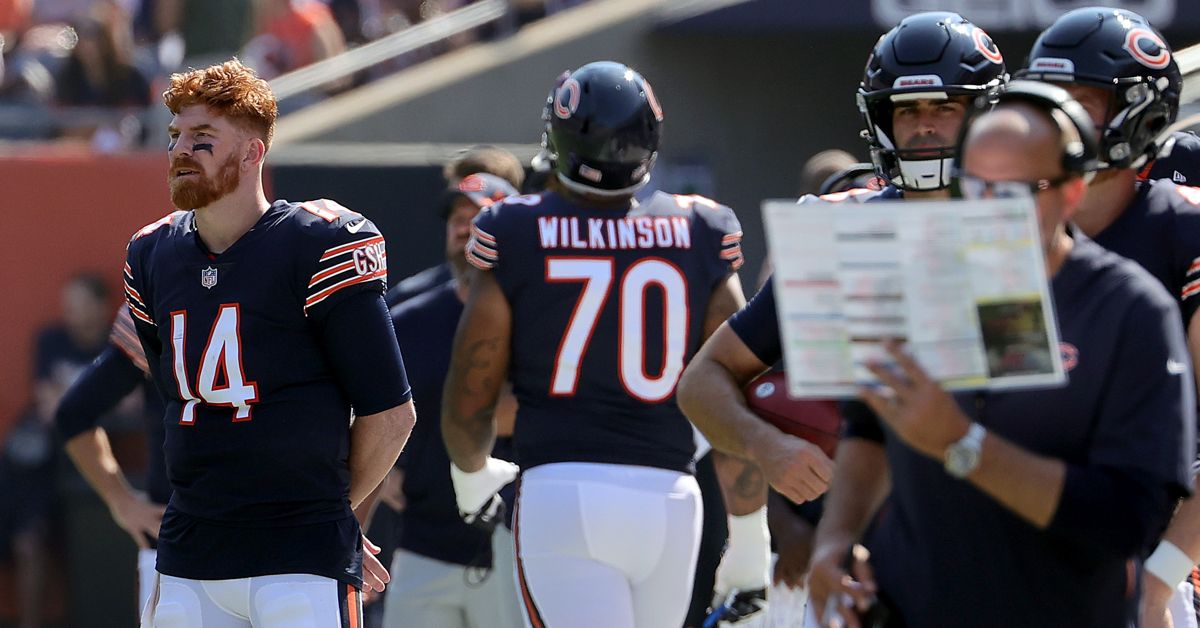 Justin Fields landing on the Reserve/COVID-19 list threw a wrench in the Bears’ plans this week.

Instead of getting what could’ve been a nice send-off against a divisional foe that hasn’t done much in terms of slowing down opposing quarterbacks, we’re receiving a front-row seat to Andy Dalton’s last stand:

Grand opening, grand closing. Just as Dalton began the year as QB1, he ends it in a starting role for the season finale against the Vikings. This puts Nick Foles back into the QB2 role when Chicago treks to Minnesota for Week 18. Time is a flat circle.

Now, Fields could still test out of COVID protocols before Sunday’s game. but Nagy didn’t sound eager to throw Fields into the mix if it happens.

Citing a lack of practice reps leading up to the game, Nagy doesn’t sound eager to put Fields back into the starting lineup. For what it’s worth, Fields hasn’t had a steady amount of reps while spending the last two weeks as practicing with limitations before the Seahawks and Giants games. Throw in a lack of practice snaps while on the COVID reserve list, then perhaps the most sensible option would be to sit Fields. I might not like it, but there is an argument that is what’s best for the franchise moving forward.

Interesting answer from Matt Nagy when asked if he'll call plays Sunday. First he said, "No." Then he said, "I might." Then he said he'll let Bill Lazor call the plays but, "We'll have a little fun out there."

For more from Nagy in what might be his last Friday presser as head coach, check out his full press conference below: