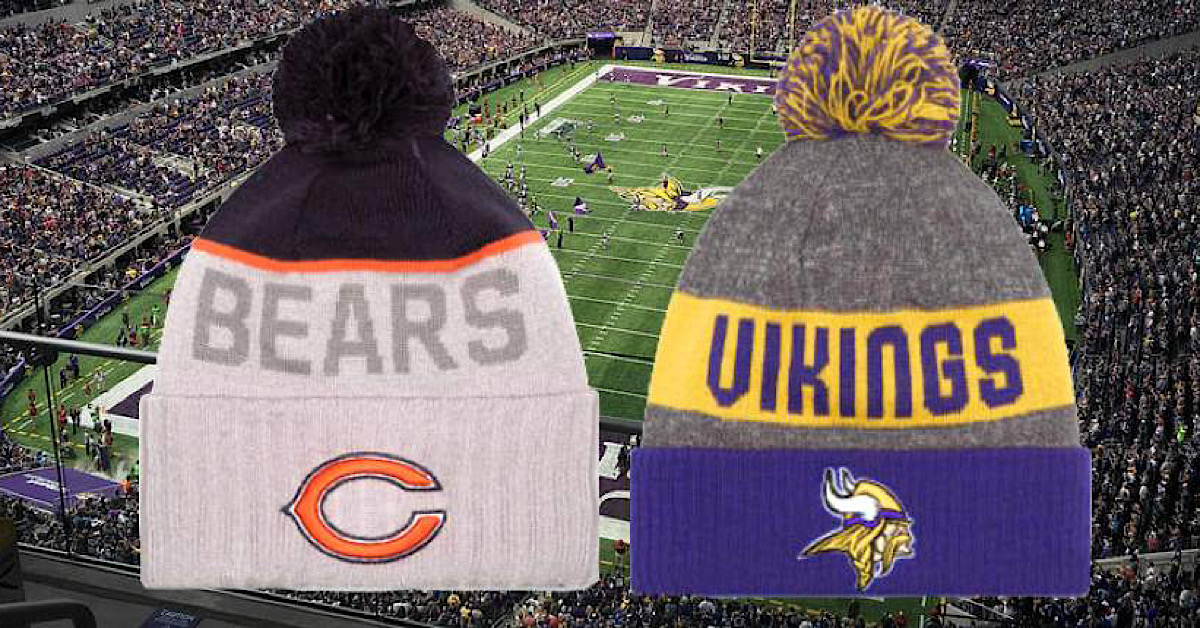 We’ve made it, folks. We’ve reached the end of the longest Bears season ever, both literally and figuratively. Eighteen weeks of searching for the “why’s” and coming up with nothing of substance except for the fact that we might have our quarterback of the future in tow heading into an offseason of more unknowns.

I’m not going to talk about the probability that this is likely the end of the line for a certain someone on the sidelines because we’ve talked plenty about it, and we’ll talk more about it in the coming weeks.

For now, let’s worry about the final game of this wretched season, one in which we won’t even have the pleasure of watching Justin Fields play. Damn you, COVID! Well, at least we have plenty of this guy to look forward to this Sunday:

The Minnesota Vikings lead the Chicago Bears 62-57-2 in the all-time series between the two storied rivals. But the Vikings have won two of the last three games against the Bears, including their Week 15 victory over Chicago on Monday Night Football.

Andy Dalton Andy Dalton has taken a beating in his year in Chicago. Honestly, I hope he throws for 350 yards and four touchdowns this Sunday because, in all likelihood, he’s auditioning for another team this week. Dalton is, by all accounts, a nice guy, so I wish him nothing but the best moving forward, and if he can use this final start to earn himself a contract in 2022, then I’m going to root for that.

Roquan Smith enters Sunday’s season finale with a career-high 157 tackles on the season and 519 through his first four seasons with the Chicago Bears. Pretty darn impressive considering he’s ahead of Brian Urlacher’s pace through four seasons when it comes to tackles (510), and not far behind the Hall of Famer in other categories such as sacks (Smith:14, Urlacher:21), interceptions (Smith: 5, Urlacher:6), and touchdowns (Smith:1, Urlacher:1).

Look, I’ve made this comparison before because it’s pretty cool to see just how much production the Bears have gotten out of Roquan Smith, who’s turned into a leader on the team and the face of the defense, which all numbers aside, bodes exceptionally well for the future of that unit with Smith in place as the anchor. That’s the most important takeaway here.

David Montgomery has been getting in the end zone plenty as of late, but he doesn’t quite look the same as he did early in the season. More specifically, Monty hasn’t been the same since his injury against Detroit. Check this out:

Give me a healthy Monty in 2022, please! pic.twitter.com/cwgbaBsfgV

A healthy Monty in 2022 is a must, and hopefully, whoever is calling plays in ’22 makes better use of him. I would love to see Montgomery have a repeat performance of his season-finale performance in Minneapolis last season when he ran for 146 yards, and two touchdowns on 32 carries to help the Bears punch their ticket to the Nickelodeon Bowl in New Orleans.