A Case For Pace, Nagy's Fall, Correct Captains? And Other Bears Bullets Skip to content 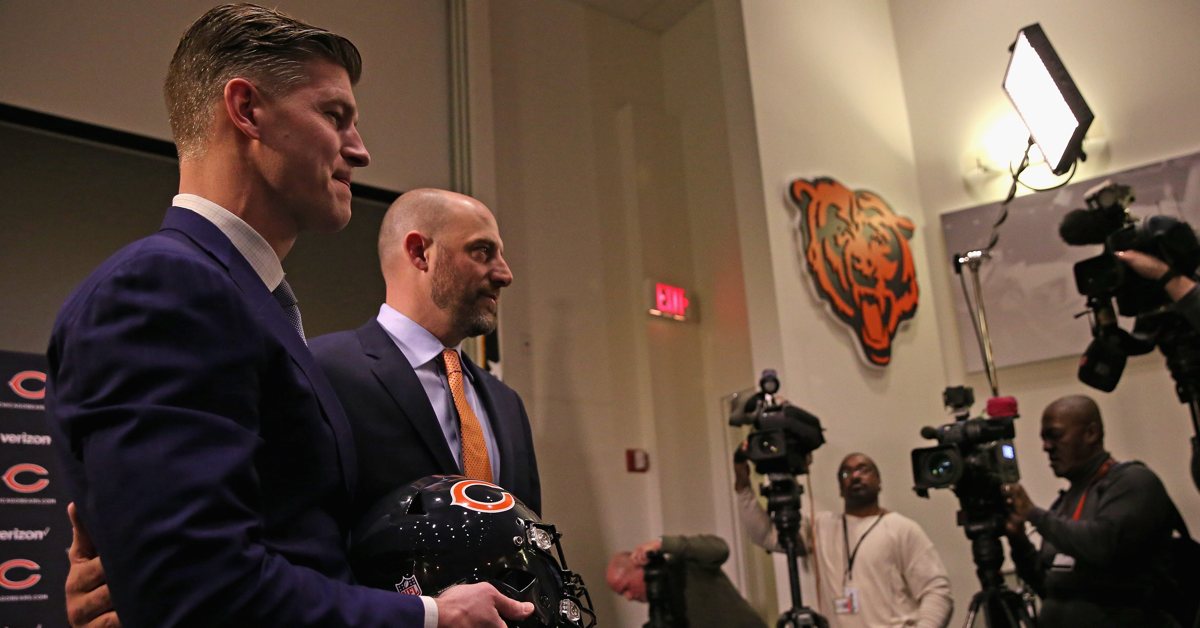 Day 2 of experimenting with different cereals while making puppy chow was another solid result. My cravings for Cookie Crisp are rare and short-lived. So, to find another use for it is a tremendous development.

•   January 8 is a significant date in Chicago Bears history. It was on this date in 2015 when the Bears brought in Ryan Pace to be the team’s new general manager. At age 37, he was the league’s youngest GM. Fast forward to this date in 2018, Pace gave Matt Nagy the keys and made him this franchise’s new head coach. It still boggles my mind that Nagy is younger than Tom Brady, who’s still wrecking defenses in the NFL. Jump ahead to 2021, and it is possible this could be the last weekend the Pace-Nagy tag team works together. Time flies.

•   Alyssa Barbieri (Bears Wire) builds cases for and against retaining Pace. At this point, no such cases are being built for Nagy because he might as well have one foot out the door. However the cookie crumbles in the days and weeks after the season ends, I’ll be curious to see how Chairman George McCaskey addresses this entire situation. Let’s face it. To go from an organization championing its collaboration efforts to firing the coach (but not the GM) deserves a full-on explanation. Because going from this being a collaborative effort to essentially saying this failure is all on Nagy isn’t a logical set of steps.

•   What went wrong during the Nagy era? Adam Jahns (The Athletic) takes a trip down memory lane.

•   Remember when smart football people were excited about Nagy’s hiring?

•   It’s wild how time changes things. Nagy and Pace went from winning the most prestigious honors in their respective classes to seemingly out the door in four years blows my mind. Who’d have thought the guy who won Coach of the Year in his first season and the league’s top exec from that season (as chosen by his peers) would be on the outs like this? Surely, none of us could’ve seen it coming in January 2019.

•   Patrick Finley (Sun-Times) gets perspective from the other side. Because while we freely discuss changes throughout the organization, this upcoming week will prove to be challenging for those who will be leaving town.

I wouldn't be surprised if Khalil Herbert leads the Bears in carries in 2022.

•   All things considered, the quest for Khalil Herbert leading the team in carries in 2022 should begin on Sunday. David Montgomery isn’t in a place where he is close to any milestones. And since he has been dinged up a bit this year with the injury bug, there wouldn’t be any public pushback if the team were to decide on giving a veteran’s rest day to Montgomery. Frankly, you’d think the guy who has done more than a healthy chunk of the heavy lifting deserves a day off.

•   I have an interest in what a new set of eyes sees with this offense and its returning skill position players. Because while I’d love to bang the drum for a sensible Montgomery extension, a new regime could flip everything on its ear.

•   Hearing Montgomery talk the talk (and walk the walk when he’s been healthy) makes me annoyed knowing the Nagy/Lazor scheme didn’t do the most to make him the centerpiece he should’ve been:

•   Ya know, it’s almost as if some of these guys should’ve been captains all year:

•   Any time you’re on a list with George Halas, you’re doing something right:

•   Too little, too late from where I’m sittin:

Tony Corrente, the referee for the #Bears-Steelers game this season that had multiple controversial calls, is retiring. https://t.co/cNKmBvnvr4

•   Football looks so much better in the snow:

Photo assignment for the #NFL this past weekend but couldn’t resist a few video clips with the snowstorm in Chicago ❄️ 🎥 pic.twitter.com/sxOdfd6gPw

•   I’m not one for making guarantees, but I guarantee you won’t see that this weekend in Minnesota. Not while playing in a dome. Come to think of it, Chicago’s snow bowls will be a thing of the pat if  the Bears build a retractable roof stadium Arlington Heights. Just sayin’ … be careful what you wish for…

•   I’m still upset that COVID is robbing us of Justin Fields making Gus Johnson go bonkers on the broadcast:

•   Love seeing the Bears coming through for Chicago’s communities:

We are proud to announce this year’s Community All-Pros winner is @ChiYouthProgram!@RoquanSmith1 helped deliver the news that they would be receiving a $102,000 grant from the Bears. pic.twitter.com/P4Ux8XARMR

•   Some hard truths to swallow:

•   Even when MLB isn’t chugging along, baseball doesn’t sleep:

There Are SOME Cubs Playing Right Now (And Hitting Walk-Off Homers!) and Other Cubs Bullets – https://t.co/dkGLaUNvbI pic.twitter.com/I4ZSHaVWZt