Old Friend Vic Fangio Could Be Coaching His Last Game With the Broncos Today (UPDATE: Fangio's OUT) Skip to content 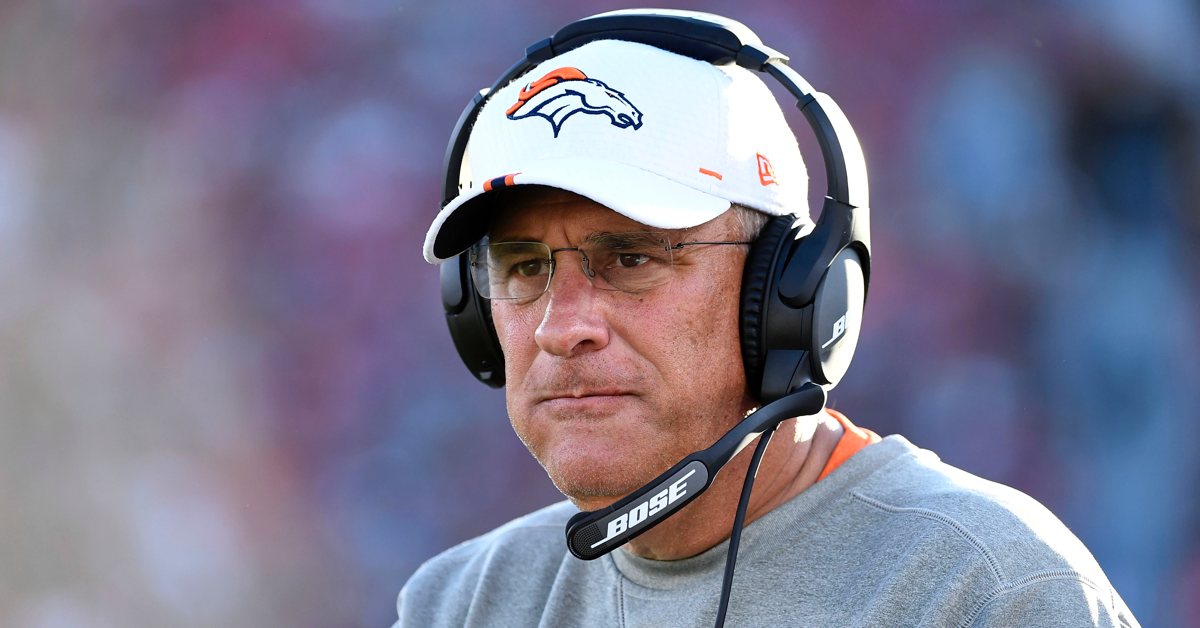 It didn’t take long for the Broncos to make a firm decision on the head-coach front:

GM George Paton made the decision this morning and coach Vic Fangio was able to say goodbye to his staff — an important part of this. A well-respected man, he’ll be in demand as a DC. https://t.co/0F7LPv1vAE

Even though things didn’t go well for Fangio in Denver, he figures to be a highly sought-after defensive coordinator now that he is available. As for potential Bears implications, the number of teams who are looking for new coaches for the 2022 season grows by one and is now at three.

The NFL has a pair of Saturday games on the slate to kick off Week 18, one of which includes old friend Vic Fangio.

Fangio, the Bears’ defensive coordinator from 2015-18, hasn’t found much success since leaving Chicago to be the Broncos’ head coach. Denver is 19-29 over the last three years. Injuries at several key positions and Denver’s inability to solidify the quarterback position has led to three consecutive losing seasons out west. And it sounds like a third straight losing campaign could be his last:

The future of #Broncos coach Vic Fangio is in doubt heading into today’s game.

A detailed look at where it all stands from me, @TomPelissero and @JamesPalmerTV: https://t.co/bTF2bkqWyQ

NFL Network insiders Tom Pelissero, Ian Rapoport, and James Palmer contribute to a report that hints at Fangio’s time in Denver coming to an end soon. There isn’t a definitive “he’s out” in the story by the NFL media trio of reporters. But if you’re reading between the lines, then you might pick up a hint.

“Multiple league sources not connected to the Broncos believe the team will ultimately decide to move on,” the report states. “But no final decision has been made or communicated to Fangio, who likely would make staff changes if he stays.”

This feels like one of those situations where there might be some mods made up, and only an unexpected finish in this afternoon’s game against the Chiefs could sway some opinions. Even then, there is still a general feeling that a clean break is on the horizon. The insiders’ report hints at ownership changes looming, as well as a potential clean slate at the quarterback position. GM George Paton could retain Fangio, just as he did last year after taking the top boss position in Denver. However, this could be one of those deals where – after a year of evaluating Fangio with his own eyes while in Denver’s facilities – a parting of ways happens.

Admittedly, that Bears defense hasn’t been the same since Fangio left town. So, I assume there will be chatter regarding a Fangio reunion in Chicago. And I wouldn’t mind beefing up that unit again. That defense never bottomed out as some expected. Some might even go as far as to call that group productive. They have even been stellar in some instances. But it hasn’t had the same bite as that infamous 2018 group. And that gnaws at defensive-leaning folks around here.

Should Fangio hit the open market, he might make sense for a team looking to rebuild a defense. And because of his popularity in Chicago, it won’t take much to rally the troops on his behalf. But I’d have questions if Fangio would want to come back to a place where he interviewed for a head coach gig, didn’t get it, and left a year later to pursue a head-coach position of his own. Then again, stranger things have happened. And I can’t deny the Bears as a possible fit because of the obvious connections to the past. But at the end of the day, it’s tough for me to make that pitch right now, especially with the uncertainty above the coaching staff. However, I suppose we shouldn’t rule out any possibility. Even one as remote as that one.