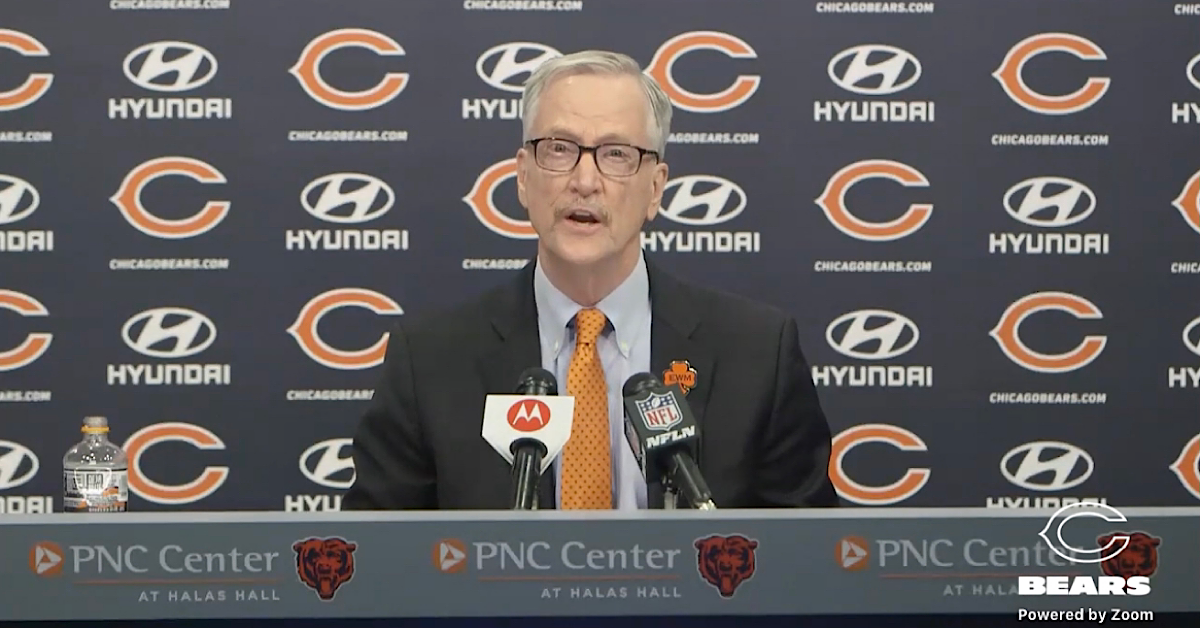 At this point, it feels like I’m the only person the Bears haven’t called requesting an interview. But maybe that’s who “UKNOWN NUMBER” is on my phone. Perhaps I should call back. Or should I wait it out? I don’t want to come off as desperate.

•   Monday was a good day. Until it wasn’t. The weight off the shoulders of Bears fans fearing the franchise running it back with a team that was 22-27 over the last three years lifted after the team announced the firings of Ryan Pace and Matt Nagy. The Bears were set to embark on a new era. Chairman George McCaskey even revealed that Super Bowl-winning Hall of Fame executive Bill Polian is lending a helping hand in aiding this team’s re-boot. But that turned into being the first step toward a stumble. At a minimum, this clip re-surfacing is a significant reason why there was vocal push-back:

•   Polian has long since offered a mea culpa and walked back his commentary. Nevertheless, it’s understandable why assistance from a 79-year-old who came through that hard with his stance comes off to many a red flag. But that wasn’t the worst of it.

•   Unfortunately, that wasn’t McCaskey’s only misstep on Monday:

I still can’t get over No. 1 here. I’m not entirely sure in what world George McCaskey, or anyone who read his opening remarks beforehand, found that segue to be appropriate. https://t.co/ULpQCBexGp

•   It’s almost as if hiding away all year and not addressing things when they come up is a problem. Using that press conference in that manner was insulting on so many levels. It was tone-deaf and bothersome. Sure, McCaskey can make some good hires and win some games because of it. And his tripping over his own junk at a January press conference will feel like a distant memory. But yesterday was Exhibit A as to why Bears fans have been clamoring for significant changes at the top. Moving away from a bumbling faux mom-and-pop operation would’ve been a solid first step for this organization. Instead, much of yesterday’s press conference left many Bears fans feeling dread. That’s certainly not how we were supposed to be left feeling after the dismissal of Ryan Pace and Matt Nagy.

•   670 The Score columnists David Haugh and Dan Bernstein both made note of how embarrassing the performance was by McCaskey. The headline accompanying the column Jon Greenberg (The Athletic) wrote called the presser “cringe.” No argument here. Sigh. Even in the Bears’ finest hour since finishing the 2018 season with a 12-4 record, they found a way to miss the mark in so many different ways.

Here’s the Bears’ plan: cast a wide net and do a first round of videoconference interviews. The few who stand out will be asked to meet in person.

•   I guess it could be worse. PFT’s Mike Florio blames Stephen Ross for being an absentee owner for the power-struggle happening with the Dolphins. The clash at the top of Miami’s football organization occurring while Ross is living and working in New York could have been put on ice and possibly even repaired had Ross been more hands-on. Instead, the Dolphins are a mess as they enter yet another head-coaching search. But, hey, it’s allowing the Bears to interview Brian Flores. So … it’s not all bad!

•   Alyssa Barbieri (Bears Wire) rounds up player reactions to news of Pace and Nagy’s firings. And while the entire wave of perspective is nice, David Montgomery’s comments stuck with me:

“Pace and Nagy, they took a chance on me. They took a chance on a poor kid from Cincinnati who people looked at as if he wouldn’t be good enough to even get a chance to play. That’s why it’s emotional for me—because they stuck their neck out on the line for me, and I appreciate them for that. As soon as I stepped foot in here, they showed me nothing but love. I appreciate them for that.”

•   In the wake of the news, let’s remember that humans with real thoughts and feelings lost their jobs. And even though we understand why it went down the way it did because this is a results-driven business, there is no need to dance on any graves on the way out.

•   That national championship-winning Georgia club was LOADED with talent and fun times:

Complete list of LBs since 2014 to earn 90+ pass-rush AND coverage grades:

.@JennaRWatson has been waiting her whole life to make a confetti angel photo and tonight she nailed it with @laddmcconkey02.

•   A pair of Bears 2022 opponents will get an opportunity to have a leg-up on connecting with some of college football’s best draft-eligible prospects. Chase Goodbread (NFL Media) reports the Jets and Lions coaching staffs will be running things at the 2022 Senior Bowl. The Bears had this opportunity in 2017, but the only Senior Bowl participant they took in the draft was Day 3 offensive lineman Jordan Morgan. I’ll spare you the details, but it’s worth noting that all-world receiver Cooper Kupp and stud slot corner/return ace Desmond King were right there for the Bears in 2017. Oops.

What a career for Michele Tafoya! @NBC confirms that @SuperBowl LVI will be her final sideline assignment. https://t.co/EIKXbBS6CZ

•   Networking gear, supplements, microscopes, and more are your Deals of the Day at Amazon. #ad

•   While the Bears rebuild, the Bulls will look to hold off other top contenders in the East:

Will the Bulls’ Trade Deadline Plans Change if the Other East Contenders Start Buying?https://t.co/KN2fM0MlAr pic.twitter.com/ini8Ffl5wg

MLB and MLBPA Will Reportedly ACTUALLY HAVE A BARGAINING SESSION on Thursday – https://t.co/S65DGFVL59 pic.twitter.com/2zCkG8sS1Z

•   We can appreciate a good revenge game in these parts:

Adam Boqvist Revenge Game? Players of the Week, and Other Blackhawks Bulletshttps://t.co/37EuanVLiu 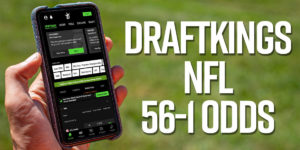