The Bears Are Asking to Interview Cowboys DC Dan Quinn (Who Was Apparently Ryan Pace's No. 1 Choice in 2015) Skip to content 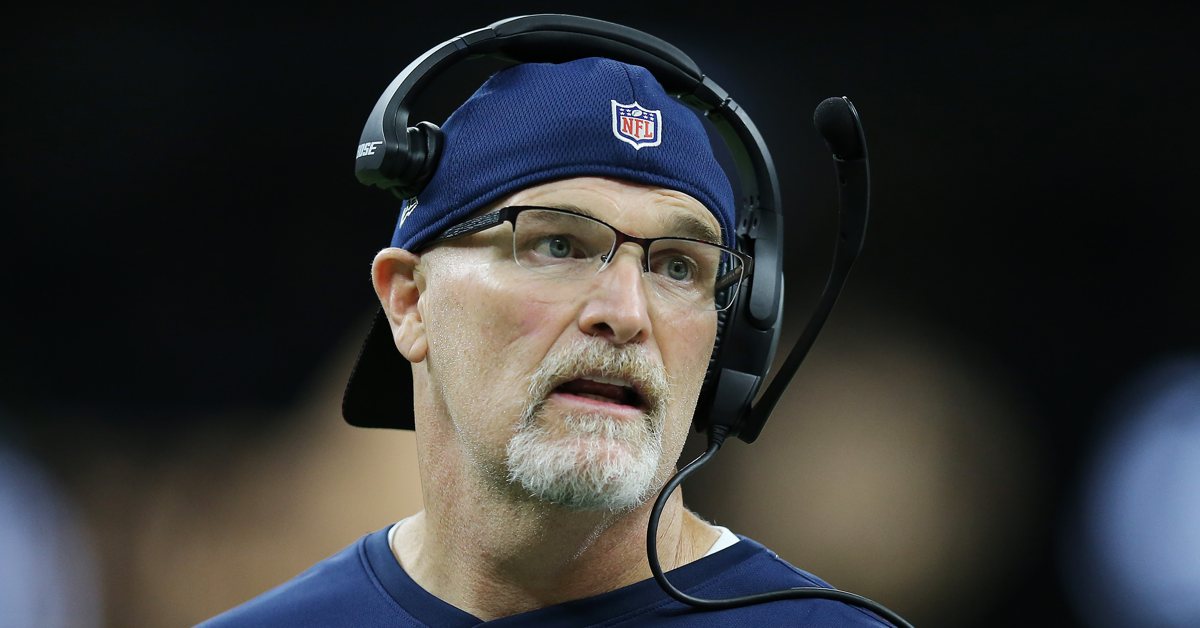 Unlike in 2018 when interview candidates (and the interviews themselves) came in quickly as the search had a hyperfocus on a very particular set of possible coaches, this time around feels different for the Chicago Bears.

Not that I have any issue with it being this way. In fact, I’d rather have an exhaustive search than one that leaves me exhausted after years of under-performance and disappointment. But that’s neither here, there, nor anywhere. What is here is yet *ANOTHER* candidate for the vacant head-coaching position in Chicago.

And it’s one that has some quirky Chicago ties:

The #Bears have put in a request to interview #Cowboys DC Dan Quinn for their head coaching job, source said. His third request.

NFL Network insider Tom Pelissero throws Dan Quinn’s name onto the Bears’ radar with this bit of reporting, indicating the Bears have put out feelers asking to interview Dallas’ defensive coordinator. Quinn, 51, found a groove in returning to his defensive play-calling roots. The Cowboys defense enters the postseason having come away with the most takeaways in football while giving up the seventh fewest points. That Dallas “D” was swarming in 2021, much like the Seahawks “Legion of Boom” teams Quinn was the coordinator for in 2013 and 2014. Those Seattle teams were able to bolster Quinn’s candidacy and lead him to the Falcons’ head coaching position in 2015. And to think, that almost didn’t happen.

Per Hub Arkush’s account, while making a recent hit on 670 The Score:

“My understanding, according to numerous sources is that when Ryan Pace got hired, he already had a verbal understanding with Dan Quinn that Quinn was going to be the Bears head coach. And then, Seattle goes on a Super Bowl run. Well, the Bears are getting advised by Ernie Accorsi, they’ve got the youngest GM in the league, they don’t want a young first-time coach. John Fox suddenly becomes available. A good friend of Ernie Accorsi. McCaskey and Phillips liked the idea. They talk Pace into it. That’s my understanding of how that all went down.”

That’s kinda wild. So, essentially, the Bears could have had Dan Quinn if the Seahawks been beaten early in the postseason. Instead, an extended playoff run – and rules that (at the time) were limiting coach candidate interviews during the postseason – conspired against it happening. I suppose Ryan Pace could’ve come through with a veto. After all, he was the general manager. It’s not as if Ernie Accorsi had to answer for Pace’s ultimate hire. In the end, Pace didn’t. And Quinn never officially interviewed.

Now I’m thinking about how different football history could’ve been. Not just for the Bears, who wound up going through John Fox and Matt Nagy before getting back to this place. What if the Falcons had had a different coach at the helm when they coughed up a 28-3 lead in the Super Bowl? I’m sure Falcons fans wonder similarly. (But then, would the Falcons have been there in the first place?)

Anyway, Quinn is an available candidate with head-coaching experience and a reputation for building defenses. He won’t likely be the people’s choice, but leave no viable stone unturned.