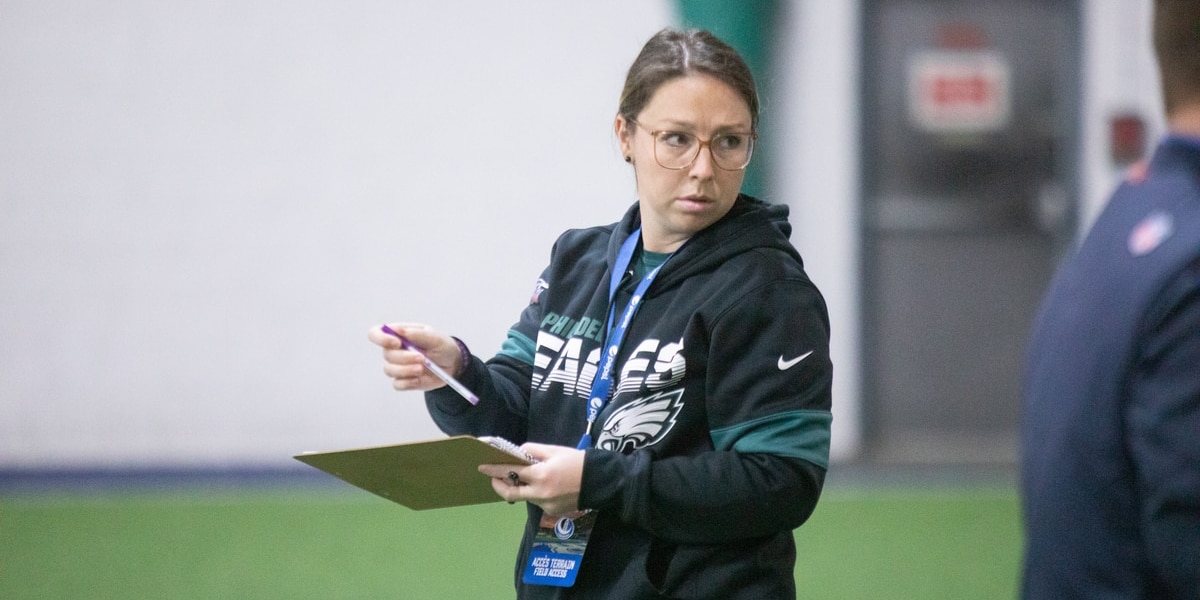 After they dismissed Rick Spielman on Monday, the Minnesota Vikings have been working to find their next general manager. According to Adam Schefter, Minnesota plans to interview Philadelphia Eagles’ Vice President of Football Operations, Catherine Raîche.

Catherine Raiche, the Eagles VP of football operations – believed to be the most senior-ranking team personnel position a woman has held in the NFL – has been requested to interview for the Vikings GM job, per source.

Raîche, 32, has been in her current role with the Eagles for less than a year but has been with the team (formerly a football operations coordinator) since 2019, and now she has a shot at becoming the first female GM since Susan Tose Spencer held that title with the Eagles in 1983. For what it’s worth, Raîch’s current position with the Eagles is already considered the highest-ranking personnel position for a woman in NFL history.

Raîche, a former Canadian lawyer, embarked on a career change to sports as an intern with the CFL’s Montreal Alouettes in 2015 and eventually became the first female assistant general manager in CFL history with the Alouettes before she resigned in 2017. Raîche became the director of football administration of the CFL’s Toronto Argonauts in January 2018 before leaving the CFL altogether for a front-office position with the XFL’s Tampa Bay Vipers, reuniting with former Bears head coach Marc Trestman, with whom Raîche worked in Toronto.