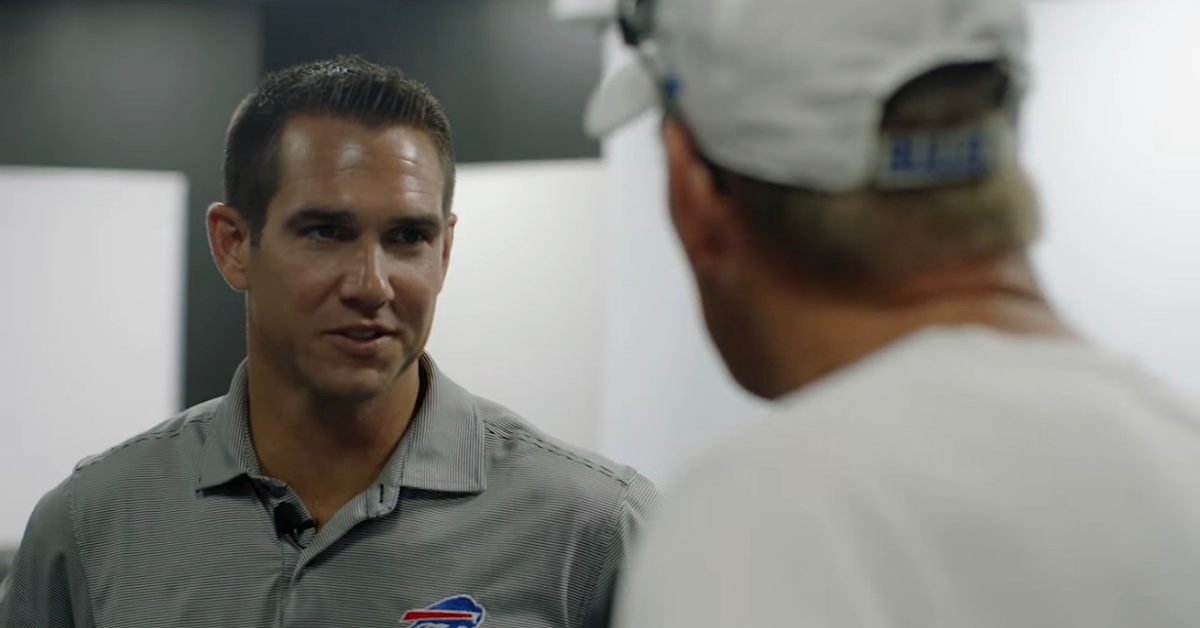 I would expect crossover between those teams and candidates. That should be a given. However, not all crossover interest is created equal. In fact, some of it requires extra attention. The only surprise might be that it isn’t what the division rival is (or isn’t) doing:

Buffalo Bills Assistant GM Joe Schoen is a candidate for both the Bears and Giants general manager spots. But it is the Giants who find themselves jockeying for position, going as far as to get Schoen in for a second interview. That feels like a pretty important step in their process. For starters, it identifies Schoen as a finalist for the position (second interviews don’t go to candidates who aren’t garnering real consideration for the gig). And an in-person interview goes a long way toward solidifying interest, exchanging ideas, and getting a better feel for fit.

However, the Giants possibly accelerating their process could impact the Bears’ own search. And on multiple levels, too:

Report: If hired by the #Giants for the GM position, Joe Schoen’s number one target will be Brian Daboll to become the HC per source.

Connecting Schoen and (Bears head coaching candidate) Brian Daboll is easy. Both are working for the Bills and are top-flight candidates for their respective positions. A reality exists in which Schoen would want a certain GM job with the intent of bringing Daboll along. And there is a real chance – however slim – that Daboll would want to partner with someone with whom he’s familiar, assuming he takes a head-coaching opportunity. Thus, the possibility of the Giants hiring not one, but two Bears targets, Schoen and Daboll, in one cycle exists. And for the Bears, that could prove to be chaotic.

Of course, it doesn’t have to be that way.

Chicago’s football team shouldn’t necessarily be swayed by what happens in New York. Attentive? Sure. Interested? Definitely. But moved in any way to rush through a decision? Hardly. Pigeonholing themselves into a particular front office executive, coach, system, etc., happens to be why the Bears are here in the first place. Racing to do something else because someone else might do it is irrational. Bears fans have been down this road before. And I thought we came to the conclusion that bad process yielding undesirable results has been at the heart of the franchise’s biggest problems. Why undergo bad process? And why do it because of the Giants?

Admittedly, it would be disappointing if the Bears lost out on a top candidate who goes elsewhere as part of a package deal. I like Daboll as a candidate as much as the next guy. Josh Allen’s quarterbacking arc under Daboll’s tutelage is remarkable. Schoen is an interesting GM candidate in his own right. But it would be worse if they didn’t exhaust all their interview options just because they felt a threat from another team.

Think of it this way: Your team felt there were 15 candidates worth interviewing for this position, so why stop half-way through what you believe to be good process? Or something that is a better process than what you were using last time out? Logically, it just doesn’t line up.

Nevertheless, I’ll be watching intently to see what happens in New York. The Giants are a fascinating team to follow because of the drama that lives in that shadow. And because their needs are similar to those of the Bears, I can’t help myself. Get your popcorn ready. New York always puts on a show. For better or worse.