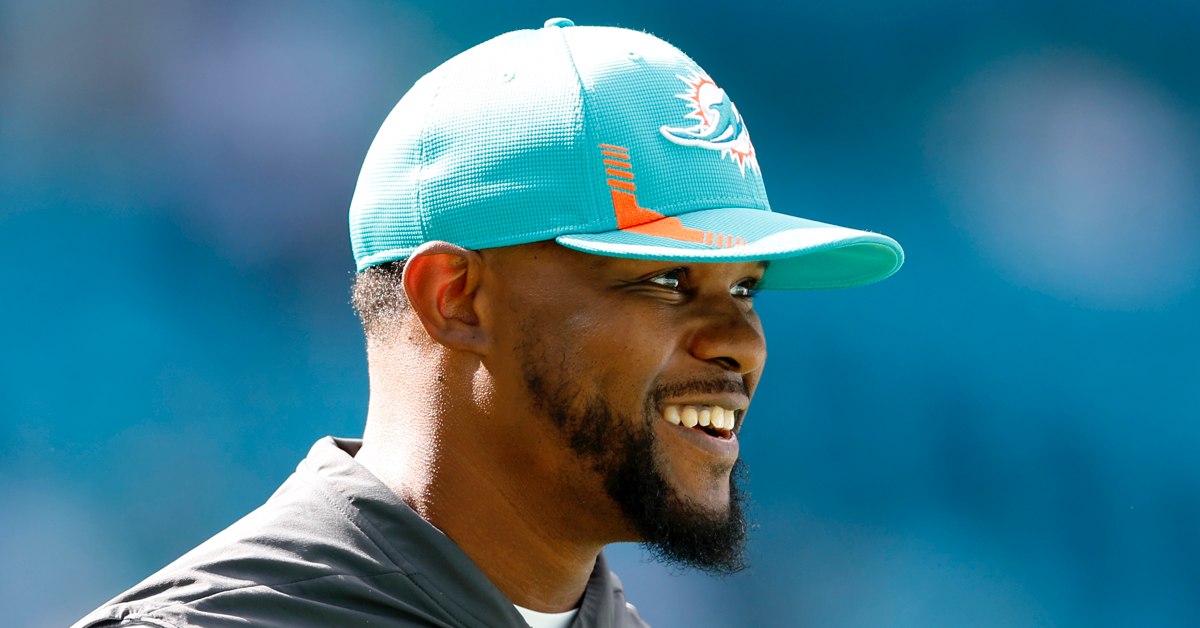 Unlike some other candidates whose names have been hot on the rumor market for some time, there aren’t a ton of Flores rumors. And that is mostly because he became available only a week ago. Yeah, I still can’t believe the Dolphins fired him.

The Bill Belichick tree is a gift and a curse. On the one hand, its shortcomings are notable. But on the other hand, Belichick assistants tend to have paths that feature stops at different position groups. For instance, Flores has experience with defensive backs, linebackers, and special teamers. He even has some time spent working with offense. On top of all that, Flores has two scouting roles as an executive. Being well-rounded has its perks. And it could be something that separates Flores from other candidates.

Unlike some other candidates whose names have been hot on the rumor market for some time, there aren’t a ton of Flores rumors. And that is mostly because he became available only a week ago. But I thought it was significant that the Bears were quick to pull up with the first interview request.

Additionally, this has been rattling in my head since Flores came on our radar:

Nailed this when word came out of the Bears getting the first interview with Flores. https://t.co/LkLDEUhT6l https://t.co/zAhYFQPXGV pic.twitter.com/XziH70dvop

It would be swell if those joint practices produced something of substance that works in the Bears’ favor.

Shortly after Flores hit the market, Patrick laid out an argument why Flores could be just what the Bears need. Flores checks a bunch of obvious boxes, but also ones that aren’t so obvious. Maybe this is just the neanderthal gene kicking in, but it sure would be nice to have a coach who can play the role of wrestling heel. To be clear, I don’t want a “bad guy” representing the Bears. That’s the last thing I want. But someone with an edge? A coach who could be to this team what Chris Jericho is to professional wrestling. Someone who transcends being a “bad guy” because they’re so darn good and entertaining? Yeah, I can sign off on that if Flores is that guy.

Flores’ biggest challenge happens to be this franchise’s longest-standing rival — building a competent offensive staff. Four different offensive coordinators were running the show in Flores’ three years. Chad O’Shea, Chan Gailey, George Godsey, and Eric Studesville weren’t it. None of those names move the needle. Moreover, that collection of OC’s gives me the heebie-jeebies while thinking about how Flores could staff an offensive coaching room that can get the most out of that side of the ball. And, specifically, Justin Fields.

Back in 2014, it was Joe Maddon becoming suddenly available jump-starting the Cubs’ most competitive and triumphant era. Fast forward to the summer of 2020, and Billy Donovan suddenly becoming a coaching free agent has done wonders for kicking off the most entertaining Bulls team (when healthy) I’ve seen since the 2011 bunch. A year later, it was Tony La Russa leading the other Reinsdorf team to a division title. Maybe turning the keys over to a coach with prior experience is what these Bears need? I can’t rule it out.

There would be questions that need answering. But we’ll cross those bridges when we need to down the road. In the meantime, Flores – the candidate – represents a breath of fresh air. He isn’t the type of coach the Bears target in these searches. And they’ve had a bunch of them since winning Super Bowl XX. Perhaps the road to Chicago’s next Super Bowl contender is someone who isn’t necessarily their type.