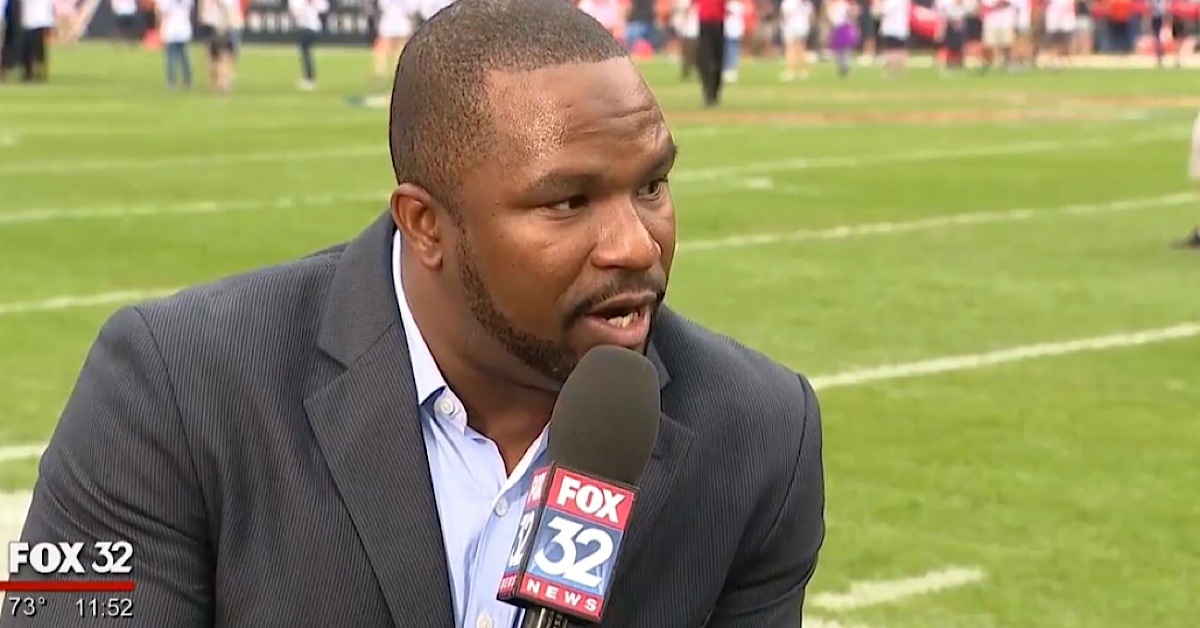 The Las Vegas Raiders are fast at work in their search to replace former GM Mike Mayock.

And among the candidates they’re planning on talking to is one whose name hits close to home:

The #Raiders will conduct interviews later week to fill their vacant GM job. #Patriots de facto GM Dave Ziegler, who keyed the team’s thorough rebuild through FA and the draft, will do his Friday. #Bears Assistant Director of Player Personnel Champ Kelly interviews on Thursday.

Champ Kelly, the Bears’ Assistant Director of Player Personnel, is interviewing for the Raiders GM vacancy. This comes six days after Kelly interviewed with the Bears for the same position.

Kelly has been with the Bears since he became the team’s Director of Pro Scouting in 2015. During his time with the Bears, Kelly has been tasked with grading the top-100 draft prospects, leading the team’s efforts in free agency and advanced scouting. Kelly also served as a collegiate scout in Denver before working his way up to Assistant Director of Pro Personnel in Denver.

Since 2019, Kelly has been in GM interviews with the Jets, Broncos, and Panthers. The Falcons also had reported interest at one point. Last offseason, league circles acknowledged Kelly as someone to keep an eye on as a GM candidate around the league. Now, Kelly is set to interview with the Raiders on Thursday. He won’t be alone, as the Raiders also lined up an interview with Dave Ziegler New England’s Director of Player Personnel, according to Ian Rapoport.

While Kelly doesn’t appear to be a front-runner for the Bears GM job, he’s still getting interest elsewhere. And that could lead to the Bears getting some type of compensatory draft pick should he leave for a promotion. So, let’s keep an eye on that…