Bears GM Candidate Champ Kelly Gets Co-Signs From Khalil Mack, Tarik Cohen, and Sam Acho (Is He a Fit?) Skip to content 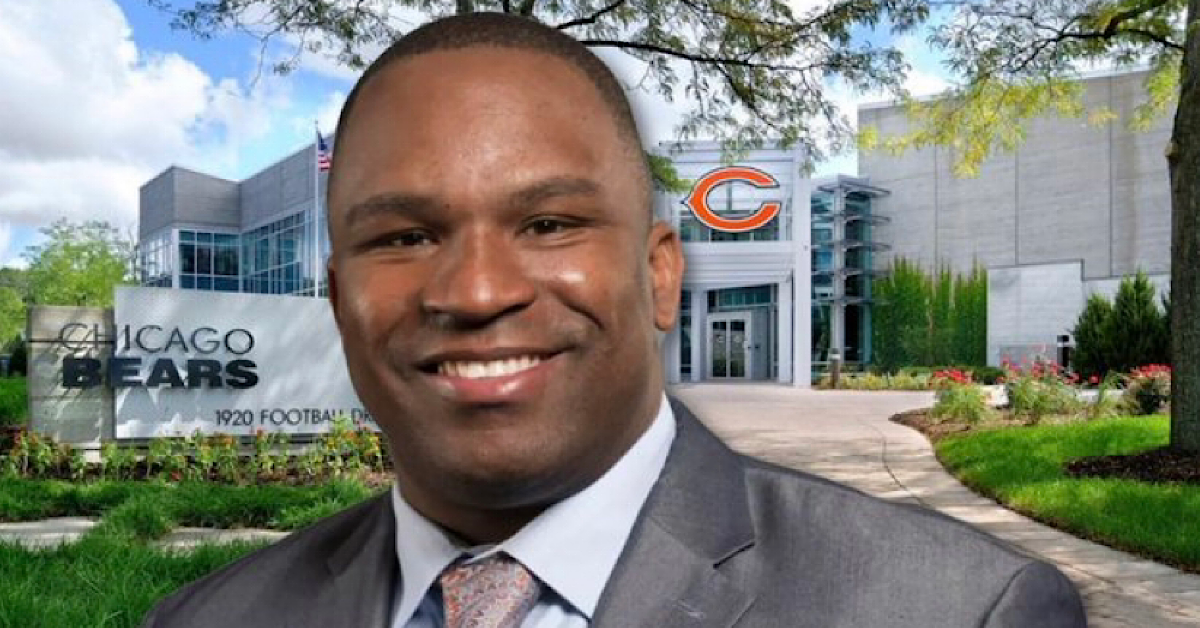 While Champ Kelly doesn’t appear to be a front-runner for the Bears GM job, he is getting interest for other openings.

But maybe the Bears should expand their horizons. Kelly is a beloved front office member by ownership and the players. Recently, some current and former Bears players have taken to social media to show their support for Kelly.

We know who Tarik Cohen wants as the next general manager of the Chicago Bears.

Kelly has experience in multiple areas in the front office. During his time with the Bears, Kelly has been the Director of Pro Scouting and Assistant Director of Player Personnel. He has been responsible for grading the top-100 draft prospects, and leading team’s efforts in free agency and advanced scouting. Before coming to Chicago, Kelly had a successful run with the Denver Broncos. It began with being a college scout before climbing into being the Assistant Coordinator of Pro and College Scouting. Eventually, Kelly became the Assistant Director of Pro Personnel before leaving for Chicago. But his experience doesn’t stop there.

Mike Garafolo recently reported on Good Morning Football on the NFL Network that he has seen Kelly doing various things for the Bears this season outside of his day-to-day job responsibilities:

From @gmfb Weekend on #Bears GM candidate Champ Kelly and why a game of “Where’s Waldo?” shows how he’s added to his resume and gotten multiple perspectives on the personnel process. pic.twitter.com/JmVIMUDPc0

Garafolo reports Kelly has been gaining experience doing a variety of things this season. And it’s not just what one might expect from a front office member. For instance, he was seen helping out Sean Desai and the Bears defense on the sideline. How many execs do you see holding up play cards? Kelly was spotted working with Bill Lazor in the coaches booth against the Packers. That offense could use all the help it could get. Garafalo sees the point of doing odd jobs on the sidelines and in the booth on gamedays is so that Kelly can gain a better perspective of what works and what doesn’t and take that into account in his role as the assistant director of player personnel job.

I keep coming back to the ringing endorsement of Kelly from Sam Acho. And I do not doubt that he’s right, but the idea of promoting from within seems like the wrong move for the Bears right now given the current state of the franchise, and more particularly, the fan base. Ryan Pace brought Kelly over in 2015 and was working in Chicago’s front office throughout Pace’s tenure in Chicago. With that in mind, the desire for new blood in Chicago might mean that Kelly will have to look elsewhere if he wants to be a GM in the NFL.

Then again, maybe the right guy for the job is already in the building. Perhaps Kelly’s relentless work ethic and his desire to have a pulse on everything in the football operations department, coupled with his personnel experience in the front office, will lead to Kelly being a great GM hire. Kelly has years of scouting experience at both the pro and collegiate levels. He is beloved by Bears ownership and his front office colleagues, has the respect of current and former players, and is seen as a legitimate GM prospect around the NFL.

Would the Bears let the pressure from the fan base affect their decision so severely that they would allow a great GM candidate to walk out of their building solely because he worked under Ryan Pace? I wouldn’t put it past them. But I hope interviewing Kelly was done as more than a token of their appreciation for his body of work. I hope they’re seriously considering the idea that Kelly might be the right guy. Other teams are looking at him in that light. Can you imagine the backlash the franchise would have to deal with if Kelly went elsewhere and was successful? Oh boy, that would be something.