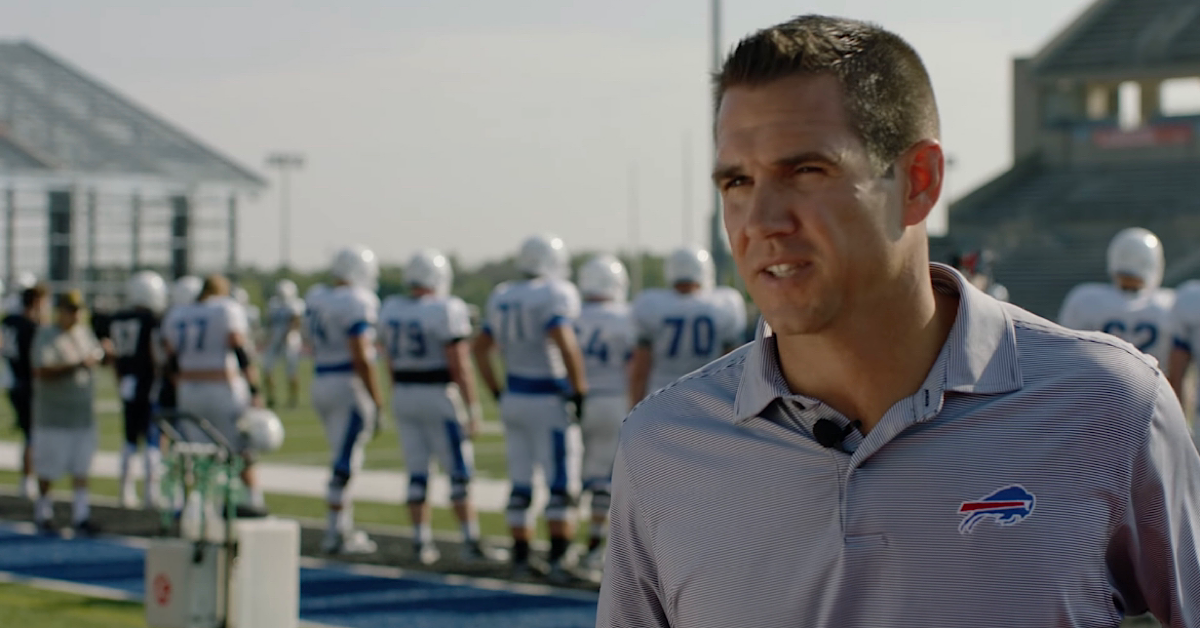 Schoen has experiences with three organizations from which he can draw. That factoid isn’t inconsequential. He also has experience in a variety of different roles. There is plenty of player personnel experience, with a focus on scouting and college. And in the assistant GM role, Schoen plays the right-hand-man to Brandon Beane, who is one of the league’s top execs. There are few front office leaders your franchise would want to pull from more than Beane’s bunch. The Bills are #fireemoji hot right now.

Schoen was one of the early GM candidates name-checked in the first wave of rumors that crashed ashore. And one day after dismantling the Patriots, Schoen’s candidacy in Chicago became officially official after interviewing with the team.

And while he hasn’t secured a second interview with Chicago, he has done so with the New York Giants. That isn’t something to look past. Because you can expect crossover between the Bears and Giants in terms of candidates for both jobs, NY’s interest in Schoen could impact Chicago on two fronts. Especially in a situation where Schoen wants to bring on a coach he has familiarity with from his past.

It’s not that the Bears’ needs stop at needing a general manager. If only that was the case. Instead, Chicago’s next GM needs to be a step away from how things were done in the past. Not only do the Bears need new eyes on old problems, they need new ideas. And they need leaders who can plot new paths to success. Don’t overlook successful paths just because they’re worn. But there needs to be a change of direction from how things have been done. And Schoen could provide that.

And it could begin with something as simple as being as transparent as he is as he explains life on the sidelines in this Bills-produced video:

Candid conversation — even for a few minutes in a YouTube clip — is infinitely refreshing. Especially after the last few years with Pace when everything felt like a secret.

In addition to working for the Bills, who are the hottest thing smoking after Super Wild Card Weekend, Schoen has a wealth of experience in other roles and teams. Having that breadth of experience and perspective could be helpful. At least getting a fresh set of eyes on the pile of rubbish that was the 2021 team would make for a nice start.

Even though prior results are predictive of future outcomes, I’ll admit to being hesitant to the idea of the Bears hiring someone who has been in just one system, coach, or organization. This isn’t to say I would eliminate them from consideration. However, I’ll come clean when I confessing that the lack of diversity in Pace and Nagy’s profiles should have been a red flag to me. At minimum, a yellow flag should’ve come up.

Nevertheless, we move on. Moreover, we move on into a process that needs that perspective in order to fully move ahead.

Schoen isn’t a candidate just because he has been working for 20 years and has multiple stops on his road to this point. But it doesn’t hurt. In fact, building from one experience to the next would seem to be a sign of growth. You can’t move up the football ladder without proving yourself at the previous rung. And when one sees someone jump to another organization and get a promotion along the way, that also feels like a sign of progress. So, when I see Schoen’s résumé check those boxes, I can’t ignore it.

To be clear, this doesn’t mean Schoen is a slam dunk. But that résumé is worth landing the first interview, and possibly more down the line.