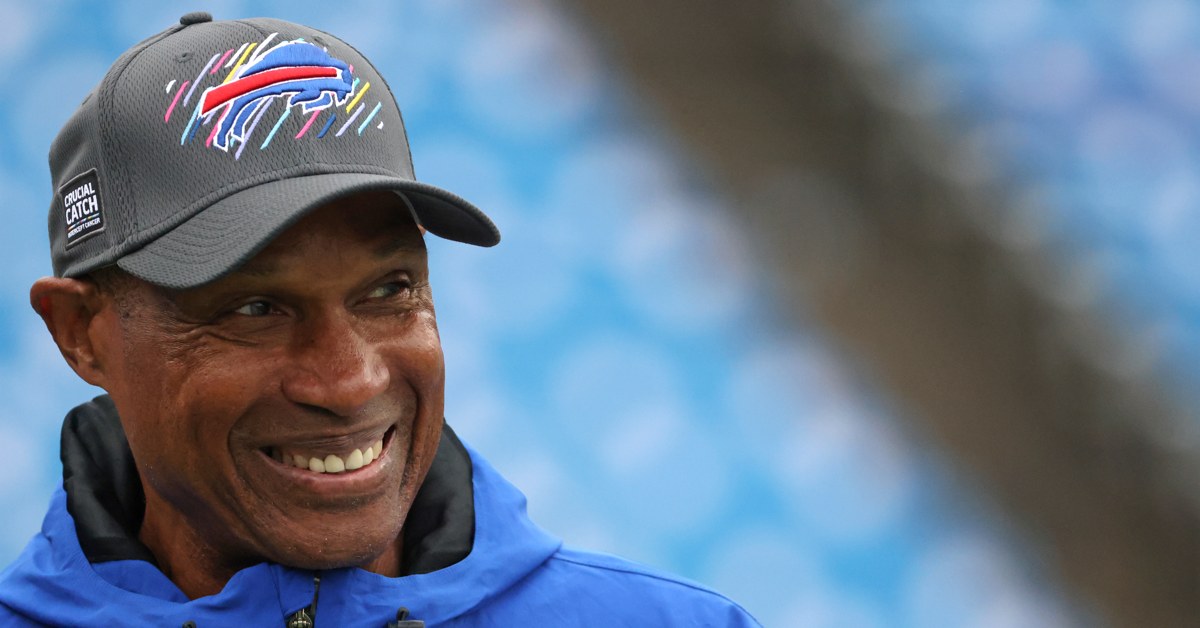 After parting ways with Nagy, it shouldn’t be surprising to see the Bears load up on interviewing candidates with prior head coaching experience. But Frazier has more than that going for him. Frazier has one of the busiest résumés of any Bears head-coaching candidate. His coaching career features stints with seven different franchises, four stops as a defensive coordinator, three trips coaching defensive backs, and twice an assistant head coach.

We don’t know the precise parameters of the Bears search. But we know their history of zigging after zagging. So it makes sense that Frazier makes four former head coaches interviewing for Chicago’s top coaching gig.

In addition to his time as a coach of the rival Vikings, Frazier has a deep familiarity with the Bears because of his playing career in Chicago. Frazier was a standout corner for the Super Bowl XX champs. Even though he was in on just 65 games over a five-year career, his run from 1983-85 was elite. Three years, 43 games, 18 interceptions, 343 return yards off those picks, and two touchdowns. No wonder he is thought of fondly at Halas Hall.

On top of that history, Frazier has been on the Bears’ coaching radar for a healthy chunk of this winter. His name was floated as a head-coaching candidate twice in December. And 11 days after requesting an interview with Frazier, the Bears were ultimately able to lock one down.

The Last Jedi is the eighth (and arguably, most polarizing) chapter of the Star Wars saga. But one thing I’ve taken away from it is the many applicable life lessons. Among them is one that makes sense in this spot.

Yoda’s “the greatest teacher, failure is” line to Luke Skywalker is perfect. Bears fans who saw Frazier’s failures as a head coach in Minnesota might see that as reason enough to not list him as a serious candidate. But there is a reality in which Frazier has learned from his mistakes. Frazier’s last two stops have been in Baltimore and Buffalo. Who’s to say Frazier hasn’t picked up some things coaching for Sean McDermott and John Harbaugh?

And if he can apply what he has learned, then there is a real chance Frazier makes the most of another coaching shot.

We all dream on them being like Bill Belichick, but not all second-chance coaching candidates are the same. And while the NFL’s history is loaded with good stories coming from second chances, there are ample examples of those opportunities revealing why things didn’t go all that well in the first place. And if that were to happen in Chicago, it could sully the positive memories Bears fans have of Frazier as a player.

Admittedly, it’s not a one-for-one comp, but I remember Alan Trammel getting a managerial job with the Tigers. Trammel was a Detroit legend who put up a Hall of Fame career. But he was also in the manager’s chair for the team’s 119-loss season. And that soured fans for a long time. Trammel’s tale is a cautionary one for coaches who desire homecoming stories.

Frazier’s career arc has me believing he is due for another chance. He has paid his dues, worked his way back into the conversation, and the time feels right. Teams around the NFL have brought in lesser candidates and given them jobs while coaches like Frazier sit around waiting for their turn. And with this many openings, maybe there is a team that would make a nice landing for Frazier.

I just don’t think the Bears — in their current situation — are that team. Not with as much heavy lifting needs to be done on both sides of the ball. Not just on offense, where it is obvious. But also, defensively where changes appear to be on the horizon from a personnel standpoint. And at age 62, a former Bears stud cornerback probably deserves a better landing spot than inheriting the mess Nagy and Pace left behind.