Packers Get Sonned, Rodgers Meme'd into Oblivion, Gould Owns Green Bay, the Other A-Rod is a Curse, and Other Bears Bullets Skip to content 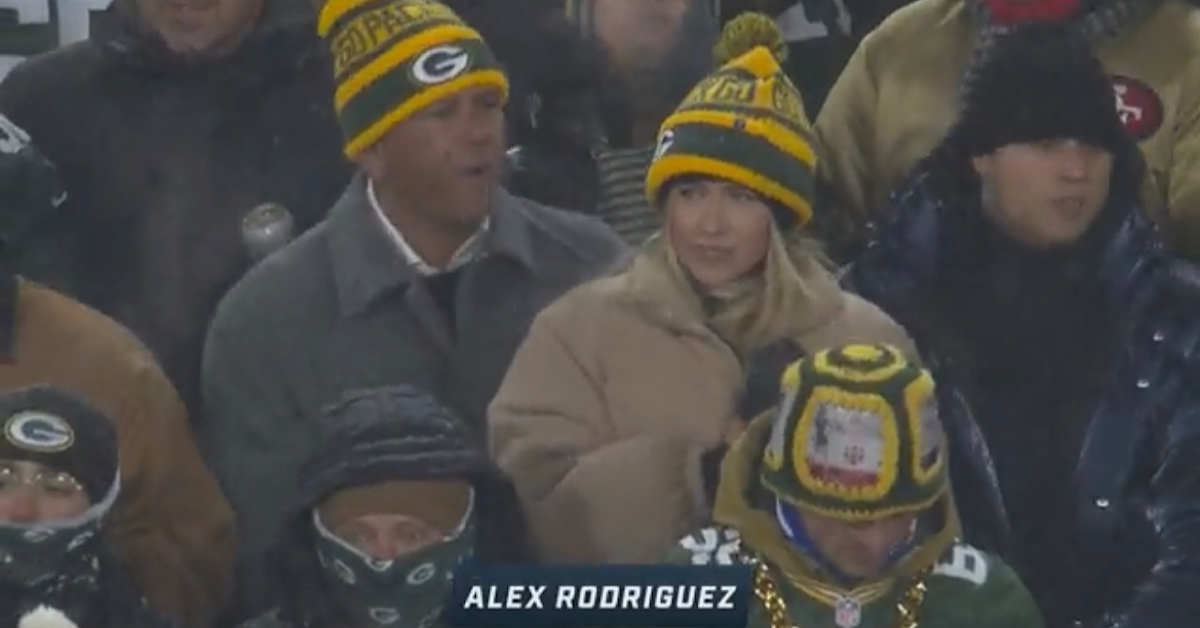 Saturday me did Sunday me a favor by ordering a burrito and stashing it in the fridge for consumption. A nice reminder to always be ready to treat yourself at a moment’s notice.

•   Watching the Packers get sonned by the Niners (again) and Aaron Rodgers meme’d into oblivion fills me with the kind of joy that I haven’t felt in a long time. Even The Iron Sheik got in on the fun:

"Did the Packers win?"

Aaron Rodgers has been silenced and canceled by the woke San Francisco defense. Smh

The only thing Aaron Rodgers hates more than science is playing against the 49ers. pic.twitter.com/uEXtLAr2Dy

•   It’s been a while since I had felt pure football happiness. That should hold me over ’til training camp opens.

•   The sound of silence from the Green Bay crowd is something Bears fans have been yearning to hear for years. Leave it to the ex-Bear Robbie Gould to get the job done.

•   OK, now turn it back up louder for this banger:

And there is your DAGGER. https://t.co/GI9VATYFEa

•   There are Bears fans old enough to recognize Wayne Larrivee as the one-time voice of the Bears. And Bulls. Also, Cubs. Oh … and NCAA March Madness games every now and again. Wayne has pretty much seen it all from the broadcast booth. One thing he continues to see is the 49ers take down the Packers in soul-crushing fashion during the postseason. This was a thing of beauty, down to the audible groans of his radio partner Larry McCarren.

•   Keep the sound going. We’re playing nothing but the hits today. Although, this one should come with the parental advisory sticker:

Robbie Gould with the game winning field goal to beat the Packers:

Jimmy Garoppolo finding him for the embrace:

•   After spending all day watching football, the sense of time gets hazy. But Stacey Dales capture that moment is pretty epic when you consider she was doing morning hits from Lambeau Field on Saturday morning. Much respect.

•   We probably should’ve known Robbie Gould was going to inflict maximum pain on Green Bay when he was doing this in warmups:

Robbie Gould does not care about your player introductions pic.twitter.com/xL2wKFBACF

•   Shout out to the Bears for running an epic long con to set this up. Who knew Ryan Pace was out here playing four-dimensional chess as a GM free agent? For what it’s worth, Gould himself has said getting cut allowed him to step away, re-evaluate his game, tighten up his mechanics, and ultimately set up for a major bounce back. Frankly, it reminds me of life after a jarring breakup. Take some time to clear your head, gain some much-needed perspective, give yourself some time to grow, and learn about yourself. Does it hurt? Sure. Are you better for it in the end? Absolutely.

•   Speaking of 2018, some former (and soon-to-be-former?) Bears were feeling nostalgic:

•   Sure, I still believe in the value of home field advantage. But the Packers are 7-7 at Lambeau Field since (and including!) the Mike Vick game. Imagine your home-field advantage being virtually nullified by a video game cheat code. As John Madden used to say in those EA Sports intros: “If it’s in the game, it’s in the game.”

•   Sometimes, Packers fans complain about things being bad that aren’t that bad and it comes off as entitled whining. But those folks were absolutely spot on with their complaints about the special teams. This is the kind of thing that gets a coach scapegoated and pushed out the building:

•   Additionally, they hit the bullseye when it came to Matt LaFleur’s offense when squaring off against Kyle Shanahan. Obvious special teams woes aside, the Packers offense didn’t do jack diddly against a defense the Bears put 22 points on back on Halloween. With an interim head coach calling the shots, mind you. Justin Fields threw an absolute dot for a TD, then ran one in with a scramble that left the Niners defense mystified like they just watched a Houdini act.

•   As Nick Wagoner (ESPN) points out,  Rodgers was averaging 4.8 air yards per completion during Saturday’s loss. It was his second worst showing in a playoff defeat. The lowest before that putrid output? A 4.7 average air yards per completion against the 49ers in the 2019 NFC Championship Game. Maybe this doesn’t happen if Rodgers spends more time doing his own research on the Niners defense. Guess the world will never know.

•   If the Niners own Rodgers … and Rodgers owns the Bears … does this mean Robbie Gould is a part owner of Chicago’s football team? Might as well put him on the GM/head coach hiring committee.  ÷yards per•   The salary cap is a myth, but the Packers project to be more than $44 million over the cap. And that’s before it even gets an opportunity to re-sign free-agent-to-be Davante Adams. Tough break. 4

•   If beating the Packers is a top priority, then maybe interviewing one of these guys is a good idea:

•   Yes, I realize the list of candidates is long enough as things stand right now. Especially after completing interviews with Dan Quinn and Todd Bowles. But what’s two more?

•   I can’t stop laughing about the other A-Rod:

You’re probably wondering how I ended up in this situation. pic.twitter.com/qLPBmtDfAM

•   The Packers were up 10-3 and had full control of the game before FOX put that man on TV. Cheeseheads will want to ban him from future games, for sure.

EVAN MCPHER💰ON KICKS THE BENGALS TO THE AFC TITLE GAMEpic.twitter.com/wRWL3ULtp8

•   The top seeds didn’t win. But between Tennessee setting a single-game playoff record with nine sacks and Green Bay coughing up a shot at an epic finish to its season because of special teams, Saturday was a reminder that the Bears need to build all three phases of the game. I realize it’s an offensive-centric game right now. But when the season is on the line, it takes a fully loaded roster to get it done.

•   In the spirit of Chicago vs. Wisconsin, I propose feeding Grayson Allen to a rancor. If you don’t like that idea, our friends at BN Bulls surely have others:

•   The Hawks lost a tough one last night, falling in a wild one against Minnesota.