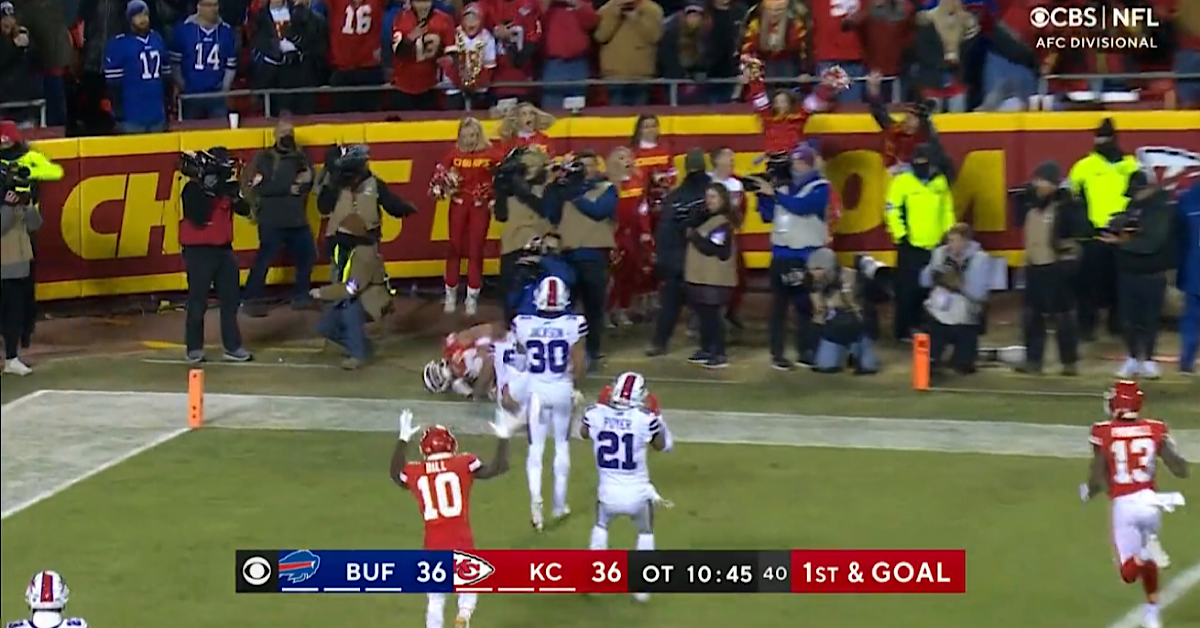 That Bills-Chiefs AFC Divisional Round game wasn’t drunk. Nah. That thing was played on a different plane of existence. On a world between worlds. In a galaxy far, far away. Somewhere off the multiverse’s metaverse. That performance was not of this planet. Or this universe.

There were 78 points scored in that game. Thirty-one of those came after the two-minute warning in the fourth quarter. There were five scores (4 touchdowns!) in the final five minutes of game time. And, as a neutral observer, it was all glorious:

Stop us if you've heard this one before…

JOSH ALLEN TO GABE DAVIS FOR THE TOUCHDOWN!

In the end, it was the Chiefs winning by a 42-36 score in overtime. It was a stunning game. Simply mind-blowing. A reminder of why we tune in every week. Not just for entertainment value. But also, because it gives us hope that one day … hopefully … possibly … maybe … we can see our favorite team be in a position to make plays like the ones above in game as important as the one we just saw.

And with that, the Divisional Round of playoffs is a wrap. While four teams — the Rams, 49ers, Chiefs, and Bengals — move on, our focus turns to the Bears. Conveniently enough, the result of this weekend’s games have an out-sized impact on Chicago’s head coach and general manager searches. Follow me for a moment. The Packers, Bucs, and Bills losing means that five coaches the Bears have had for head-coach interviews are now available for second interviews. And that feels important as we could see the log jam on the coaching front start to loosen up.

I’d be curious to hear from Brian Daboll after watching his team put up 83 points over the span of two playoff games against the 2nd and 8th fewest points in the regular season. Or from Byron Leftwich, whose Buccaneers made some notable adjustments as Tom Brady led an epic comeback (only to lose to Matthew Stafford). On the other end of the spectrum, I’d love to know what was going through the minds of Todd Bowles and Leslie Frazier as last-second defensive miscues ultimately cost their respective teams in the biggest moments. Sure, the answers might bug me — but I’d need to hear them for myself if I were running a Bears coaching search. And I might want to pick Nathaniel Hackett’s brain regarding that whole Aaron Rodgers thing. What’s up with that?

After two rounds of playoffs, clarity could be on the horizon for the Bears. An important week begins tomorrow morning. Let’s some shut-eye, we’ll need it.