Tom Brady Engineered an Epic Comeback From Down 27-3 ... Only to Lose to Matthew Stafford Skip to content 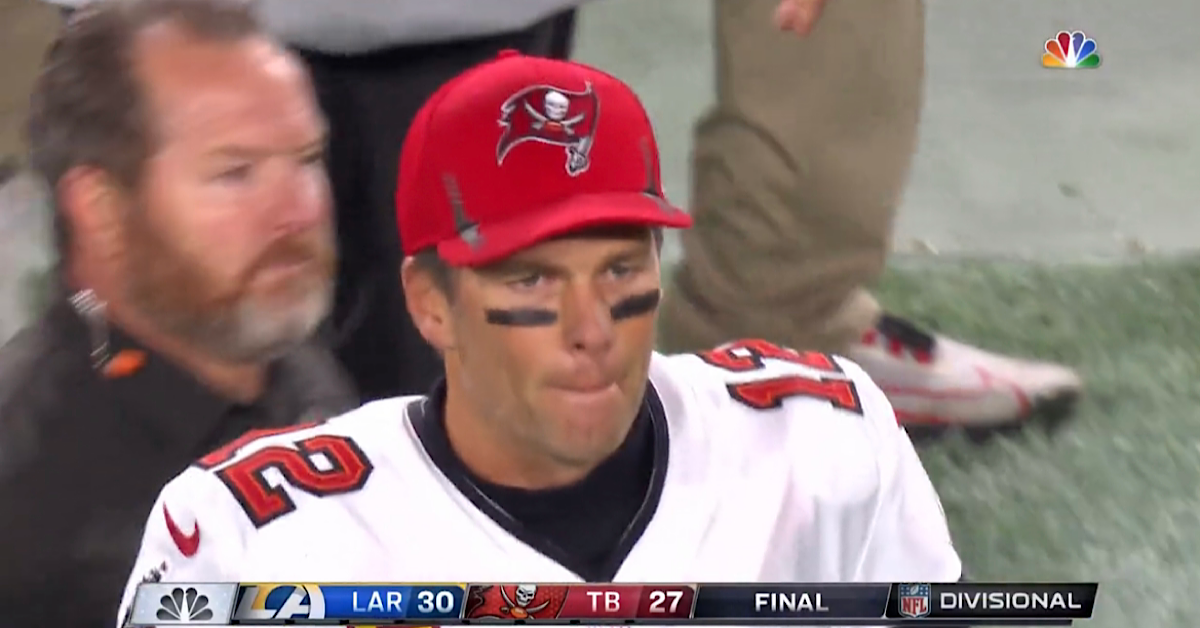 If there is anything football fans know, it is to never count out Tom Brady.

But then, after nearly fumbling away the possession, Matthew Stafford did THIS:

9️⃣ TO 1️⃣0️⃣ TO SET UP THE WIN! pic.twitter.com/1hrjkOa4lQ

And that set up redemption for Matt Gay, who was short on a 47-yard field goal earlier in the quarter:

MATT GAY FOR THE WIN! pic.twitter.com/AQBU54oVhD

If you’re looking for a feel-good playoff story, these Rams in this game had it in spades. Matt Gay was a Buccaneers fifth-round draft pick in 2019, but was cut after just one year with the team after posting a 77.1 percent success rate on field goals. Odell Beckham Jr., thought to be cooked after a less-than-amicable divorce in Cleveland, has been balling out since late in the regular season. And then there is Matthew Stafford. I sure thought Stafford would go full Lions down the stretch. He almost did. But almost only counts in horseshoes and hand-grenades. Probably realizing that, Stafford made the most of his second chance. And now, the Rams are one game away from playing the Super Bowl in their home stadium.

First, they’ll need to topple that pesky 49ers bunch who was enjoying that Rams-Bucs game play out: