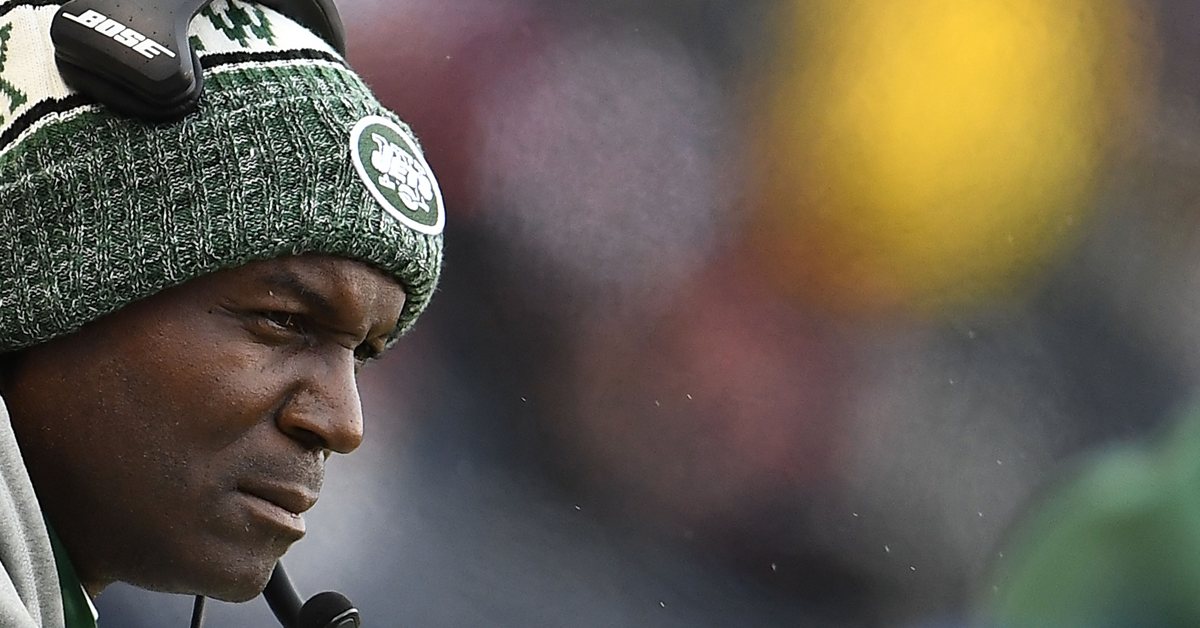 Bowles’ head-coaching tenure with the Jets didn’t go well. But we can say that about a bunch of Jets coaches over the years. Seriously, how much of that can we attribute to the Jets being the Jets? Re-uniting with Bruce Arians as the Bucs DC and building a defense that kept Patrick Mahomes and the Chiefs from repeating last year put Bowles back on the coaching radar. Considering the Bears’ history hiring defensive coaches, that résumé with all that experience as a coordinator and working in the secondary might be attractive to folks at Halas Hall.

Remember when the Bears were aiming to hire Bowles as Vic Fangio’s replacement? Fun times (until he chose the Bucs over the Bears). Or when Ryan Pace interviewed with Bowles immediately after taking the Bears GM job in 2015? I doubt either party saw that one coming. But who doesn’t like it when someone shows genuine interest from the get-go?

More recently, the Bears put in a request to interview Bowles one day after creating the head coach vacancy. And on this past Saturday, Bowles met with the Bears via Zoom.

BONUS: Did you know that, in another timeline, Bowles and Matt Nagy could’ve been coaching together — with the Jets or the Bears. It’s a bit of a trip, but the jog down memory lane is a fun journey.

That Bowles defense is a mothertrucker. It is a unit that finished 13th in yards, 9th in Football Outsiders’ DVOA metric, and fifth in points. No team had more than Tampa’s 219 quarterback pressures. In short, the Bowles brand of defense would play well in Chicago. Especially among fans who love blitzes (no one sent extra men more than the Bucs) and seeing opposing QBs getting hit (no team had more knockdowns than TB).

Team Bowles with an offense led by a quarterback who possesses Justin Fields’ potential, and it could be a special pairing.

Bowles’ time as a head coach with the Jets was a dud. But, again, I can’t help but wonder if that was the result of a first-time head coach lost in the wilderness of a messy organization. Sure, I realize the Bears aren’t much better. But Chicago’s football team is on a tier above and in better standing than its AFC counterparts in New York. With that being said, I don’t want to ding Bowles too much for his time in the Big Apple.

On the other hand, Bowles’ defense has some studs. And as is the case with Byron Leftwich, Bowles can’t bring them to Chicago. Plus, sending that much heat is a lot riskier when your offense can’t bail out defensive gaffes because it isn’t led by Tom Brady.

I don’t have a third hand. But if I did, I’d look at multiple blown coverages against Cooper Kupp and have a desire to have serious conversations about what happened here:

» Stafford: 3rd completion of 50+ yards & 5+ yards of separation this season (out of 8 NFL-wide); 2nd vs Bucs#StatThat | Powered by @awscloud pic.twitter.com/mvZMcNzFr2

Much like Leslie Frazier, Bowles is a coordinator with prior head-coaching experience who deserves a second chance at running his own show. But like Frazier, I’m unsure of Bowles’ fit. It has less to do with what went down in the Bucs playoff loss and more to do with questions about how he would do things differently than he did in New York. The right answers to some well-thought-out questions would help build Bowles’ case. But the wrong answers would have me looking elsewhere for a candidate. Nevertheless, Bowles is still a candidate worth meeting.