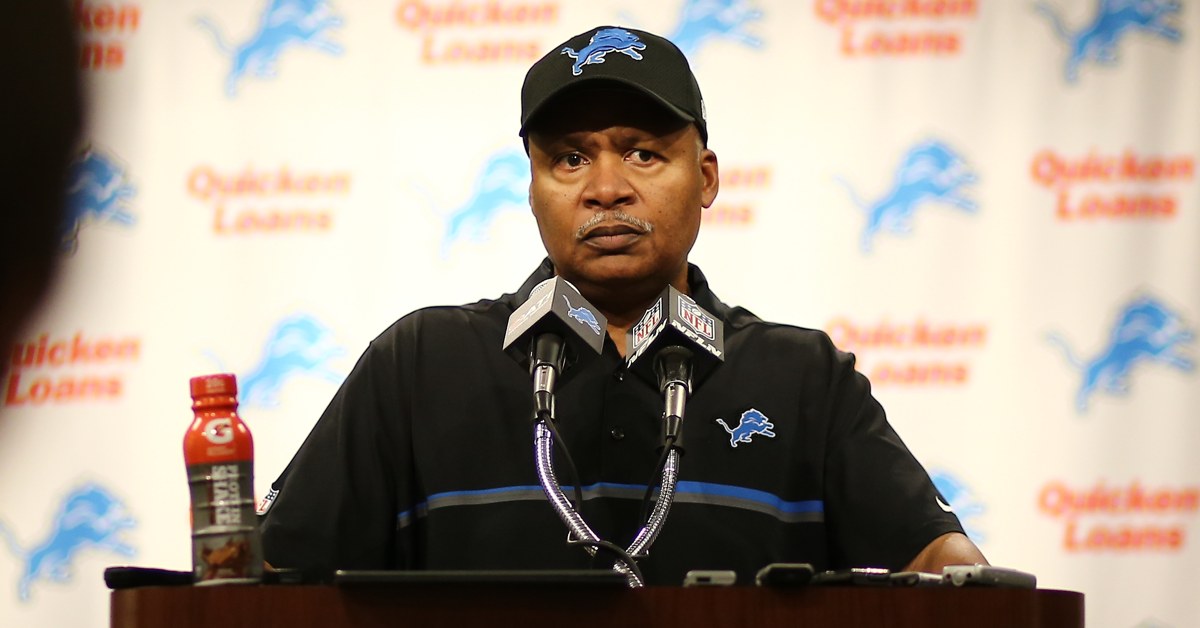 The Chicago Bears appear to be on the brink of making it officially official with Ryan Poles as their next general manager.

So … could a head-coach hire be quick to follow? One NFL insider seems to be strongly hinting at that possibility:

Former Lions and Colts’ HC Jim Caldwell is in the Bears’ building today. Matching the experienced Caldwell with the upstart Ryan Poles is a gameplan that some around the league now believe the Bears easily could deploy.

ESPN’s Adam Schefter suggests the Bears could team Poles together with Jim Caldwell as the team’s next head coach. On a surface level, it makes sense. Pairing a 36-year-old fresh-faced general manager with a 67-year-old veteran head coach who has seen (and done) his share of things around football is a sensible option. However, making a direct connection feels a bit presumptuous, since Caldwell was already set to visit the Bears on a second interview today, so his being in the building could be coincidental. And, sure, it could be Chicago’s football team lining things up to knock ’em down quickly. Even still … we should let the record show that Caldwell isn’t the *ONLY* option who fits that bill.

For instance, the Bears have a second interview set up with Cowboys Defensive Coordinator Dan Quinn. He has prior experience as a head coach. And unlike Caldwell, Quinn hasn’t been away from the game for the last two years. Poles also has a history with Brian Flores, who was one of the first candidates to interview for the Bears head coach opening. Flores and Poles are both Boston College products who were football players for the Eagles’ program.

And, for what it’s worth, Poles has some history with some potential first-time head coach hires. The MMQB’s Albert Breer tweets that Poles and Colts Defensive Coordinator Matt Eberflus “have built a relationship” in recent years. Meanwhile, Poles and Bills Offensive Coordinator Brian Daboll crossed paths in Kansas City in 2012. That’s when Daboll was the Chiefs OC and Poles was a College Scouting Administrator under Scott Pioli’s regime.

All that to say, the Bears seem to have options at head coach with ties to their new GM. Once we start playing the game of connect the dots, the possibilities seem to grow from there. So, stay tuned.

Also worth noting that the Bears did this with Ryan Pace in 2015. On the same day he got hired, he was interviewing Todd Bowles for the HC position. As we know by now, Bowles didn't get the gig. And the list expanded from there.