Report: Sean Payton is "Stepping Away" from the Saints Skip to content 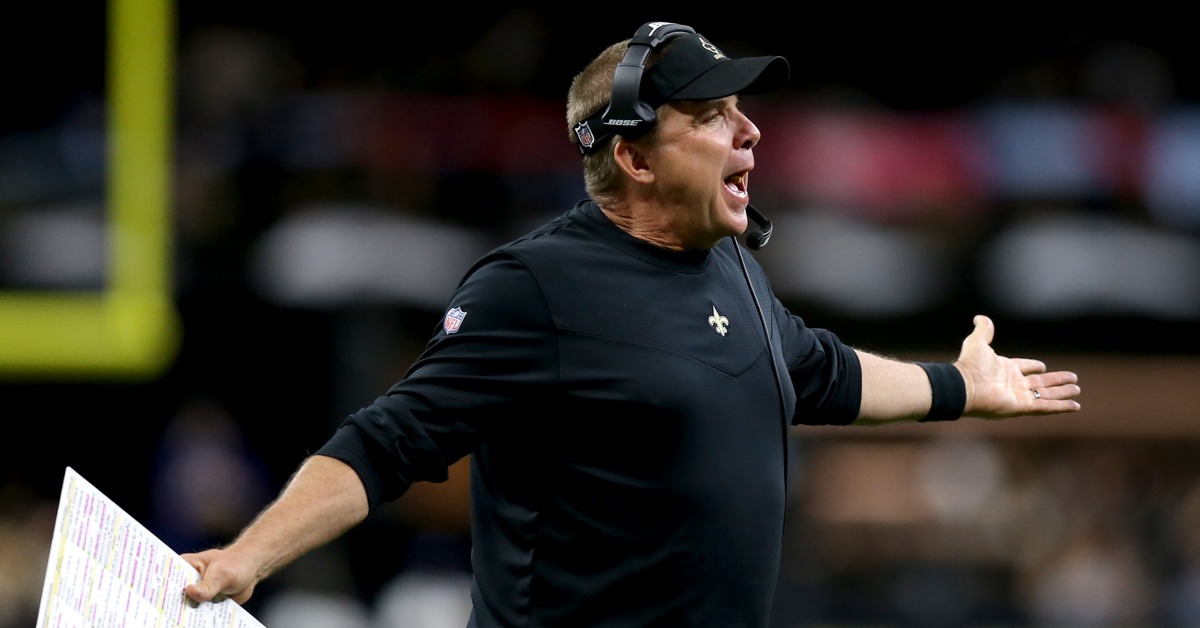 Huzzah! The Chicago Bears have a new general manager in place, with Ryan Poles taking the reins from Ryan Pace.

What’s left now, in the immediate look-ahead, is figuring out who his first head-coaching hire will be. And while we’ll sort through more of those options in due time, it is worth noting that a big, splashy name, Sean Payton, is reportedly stepping away from his current club. Unfortunately, we can’t get too excited, because he is reportedly retiring.

Sources: Sean Payton has informed the #Saints that he’s stepping away.

Given that terminology and phrasing, this feels like a mini-retirement of sorts. Something that allows Payton to back out of his deal, take a breather, press reset, and re-assess his options. Maybe he’ll be back in a year or so after following the Bruce Arians plan. Step away, do some TV, and see what gigs open up at this time next year. In other words, if you’re a Bears fan hoping Payton has a homecoming on the horizon, don’t get your hopes up.

And here’s why I’d pump the brakes:

Sean Payton is under contract through 2024 with the #Saints. If another team wanted to swoop it, they would need to compensate New Orleans. But that’s a conversation for next offseason. https://t.co/7v8gr8GW0c

Chatter surrounding Payton’s future began intensifying over the weekend when reports came out suggesting that Payton was considering walking away from the game. Rapoport went as far to say it was “unlikely” Payton would coach another team in 2022. Instead, a bridge year on television was something that could be on the table for Payton. Frankly, that is probably the most likely way this cookie crumbles. In fact, there’s already smoke about a potential move to the FoxSports booth, but there’s no need to get ahead of ourselves for now.

And with that in mind, we need to be cognizant of the potential Bears implications. Again, not in terms of Payton as a possibility in Chicago. But instead, how the trickle-down effect could impact the Bears.

Payton leaving the Saints opens a high-profile head coach opening. The Saints could be seen as attractive as the team went 9-8 in 2021 despite having the quarterback position having the stability of a wacky shack. Then again, New Orleans doesn’t have a quarterback and is $74,061,841 OVER THE CAP (per OTC’s calculations). So maybe that gig isn’t as enticing as we might otherwise think. Moreover, Payton stepping down in New Orleans opens the door for Dennis Allen — the Saints DC who is also a Bears head-coaching candidate — to step in as someone who could be a bridge and keep some continuity in the Big Easy.

In short, there is plenty to follow here — even if it doesn’t necessarily directly impact Chicago’s football team.