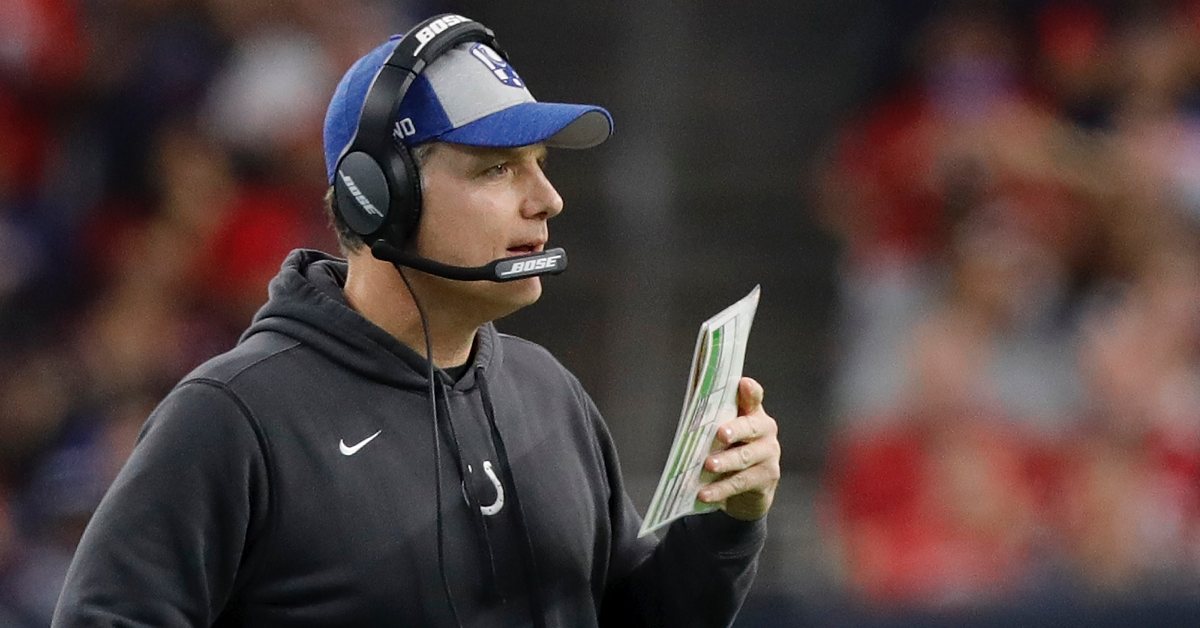 Bears fans craving changes at the top finally have finally gotten their wish.

We have hired Colts DC Matt Eberflus as our head coach.

Eberflus becomes the 17th head coach in Chicago Bears franchise history. He follows Matt Nagy, who went 34-31 in four years with the Bears before his termination earlier in January. Nagy’s Bears won 12 games in Year 1, which led to him winning NFL Coach of the Year honors. But going 22-27 in the years that came after, watching his offense never take off, and witnessing one mishandling of a quarterback situation after another was ultimately enough to push for changes.

“I couldn’t be more excited to have Matt become the next head coach of the Chicago Bears,” Poles said in a statement via the team. “His experience, passion, character and attention to detail made him the right man for both the job and the culture we intend to establish here at Halas Hall. Throughout the search, Matt impressed me when detailing his vision and plan for our team. We look forward to getting to work and assembling a top-notch staff and roster that will help us consistently compete for championships.”

Eberflus added: “I am truly humbled and honored to be named your head coach and together we will do everything in our power to bring a Super Bowl championship back to Chicago.”

Chicago’s new head coach will have his hands full inheriting a team that went 6-11 in 2021 after making the postseason in 2018 and 2020. Hopefully, the 51-year-old former Colts defensive coordinator will be up to the challenge. For what it’s worth, the last time Eberflus was given a tough task, he passed with flying colors. Eberflus flipped a defense he inherited in 2017 that ranked 27th in Football Outsiders’ DVOA into a group that checked in with the eighth best DVOA in 2021. The glow-up was real in Indy. Admittedly, it is a taller mountain to climb in Chicago. But the reward at the end of the journey could be sweet.

This is just the beginning for Poles, Eberflus, and the rest of the gang. Moving forward, the Bears have a ton of decisions to make. For starters, who’s going to be the offensive coordinator grooming Justin Fields? Who will block and catch passes for the 2021 first-round pick? Will the Bears tear down and rebuild? Patch things together? Split the difference with a re-tooling? It is a clean slate for Poles and Eberflus. And I am looking forward to seeing what each does with a blank canvas. Onward.