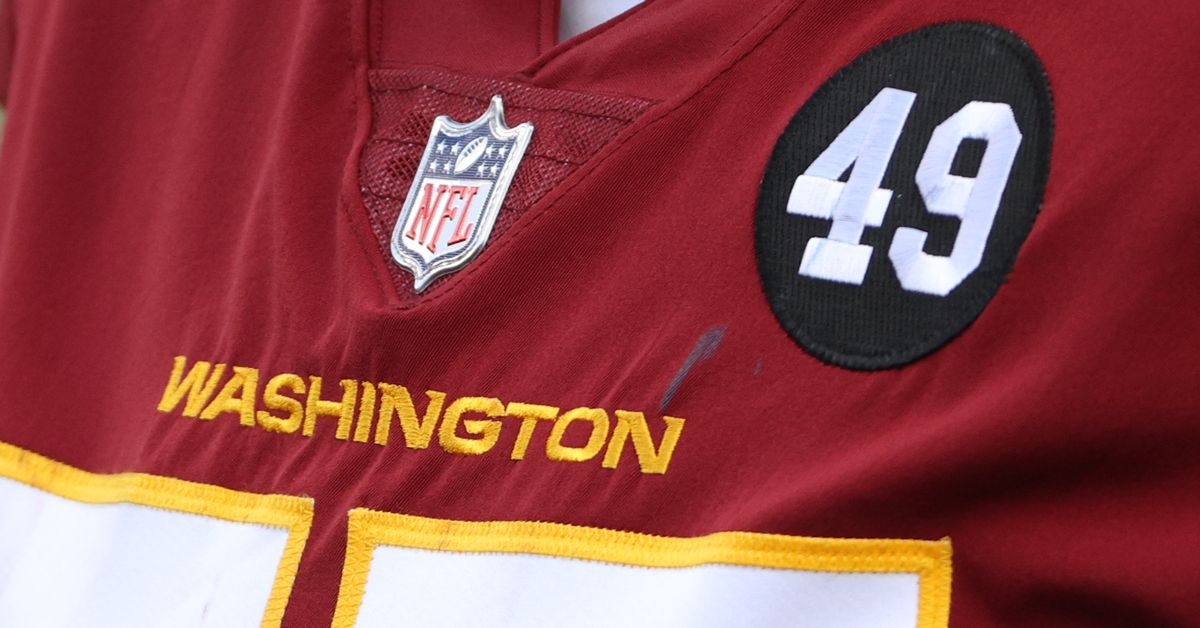 The group chat seems to be united in its not loving of The Book of Boba Fett on Disney+, except for me. Go figure. Wonder if that will change once everyone catches up to this week’s episode.

•   If it was up to me, I’d have stuck with the Washington Football Team as a name. Sometimes, simplicity can be overlooked and underrated. As a nickname, Commanders is fine. It vibes with the D.C. connection where you’ve also got Capitals and Nationals as pro sports teams. If anything, the Wizards look like the odd team out. But I’ll say this for Washington’s football team – it knows how to do a rollout:

These Commander cars are headed around the DMV today

Be on the lookout 👀 pic.twitter.com/A7lqZtiHcG

•   As a reminder, the Commanders are on the Bears’ list of scheduled opponents for the 2022 season. So, we’ll get a first-hand look at what Washington’s squad looks like in the flesh.

•   The Vikings are also on the Bears’ schedule. Twice, in fact. However, Jim Harbaugh will not be joining Minnesota’s football team for the festivities year. That’s because Harbaugh took his talents back to Michigan and put an end to one of the offseason’s oddest sagas.

•   Harbaugh was definitely flirting with the idea of returning to the NFL. It’s just that it never officially took it to the next level. Maybe he was trying to leverage other teams as a means to go to the Dolphins, where Michigan power booster Stephen Ross is the owner. Perhaps Harbaugh took a step back and saw the optics of the situation around the NFL right now and thought he was better off staying in school. Or it could be as simple as the Vikings fumbling the bag. Wouldn’t be the first time we’ve seen Minnesota fail to seal the deal late in the game.

•   Frankly, I’m just happy the Bears aren’t in this mess. Not that I didn’t have an interest in Harbaugh coaching the Bears. I did! The résumé speaks for itself. But that it’s the Vikings — and not the Bears! — left holding the bag brings a sense of relief. Imagine how this team would be shredded locally and nationally had they been waiting a month for Harbaugh, only for him to go back to Michigan. Woof! No thanks.

•   Mike Florio, the head honcho at Pro Football Talk and a known Vikings fan, doesn’t seem to keen on missing the boat on Harbaugh:

The Vikings could have hired Jim Harbaugh, who has 19 years of experience as a college and pro head coach. Instead, they opted for the predictable unpredictable, going with a completely unproven "hot commodity." They made a bad decision. https://t.co/SB77VyRk77

•   Say what you want about the Bears — and I’ve read the comments enough to know that y’all aren’t shy about sharing opinions about how that team operates — but their process to this point of the offseason has been far better than that of the Vikings. Admittedly, that isn’t a high bar to clear. But it is one the Bears definitely were able to get past.

•   One takeaway from the Matt Eberflus-Ryan Poles joint press conference from Monday that I never got around to sharing is that neither of the newest Bears did anything to make me feel awful about either hire. That might seem inconsequential, but it isn’t. Some folks talk about winning the press conference. But as we know by now, that doesn’t matter. However, there are times when coaches and general managers can step behind a mic, say something regretful, and a red flag goes off. None of my red flags went off on Monday, which feels like a good thing. Although, I’m certain Poles’ “we’re taking back the North” sentiment will end up as bulletin board material in Green Bay, Minnesota, and Detroit.

•   With that being said, Dan Pompei (The Athletic) is right when he writes the actions Poles and Eberflus take moving forward will be far more valuable than words they said on Monday.

Report: Bears to Hire QBs Coach Andrew Janocko Away From the Vikingshttps://t.co/5MB7G5wGuJ

•   Things aren’t officially official with Andrew Janocko yet. Nor are they locked in with Tyke Tolbert, who is reportedly coming in as the new receivers coach. I was noticing how the Tolbert hire was one that Bears fans were pushing back against most. And I suppose that is with good reason if you only looked at his most recent year at his most recent stop with the New York Giants. That receivers room did not produce much of anything last year. But by that logic, if Tolbert gets blame as the reason that position group floundered, then he should get equal credit for his work with…

⇒   Anquan Boldin, who was a Pro Bowler and Offensive Rookie of the Year in 2003.

⇒   Lee Evans, who put up a pair of 1,000-yard seasons and scored 39 touchdowns while Tolbert was his position coach.

⇒   When healthy, Sterling Shepard and Darius Slayton were developing nicely with the Giants.

Just keep this in mind when assessing some of these hires.

•   Some praise for the Tolbert hire from those who aren’t beholden to making Bears fans feel good about the hire:

Best WR Coach in the #NFL and is a future HC as well. https://t.co/2PNA6oOCiJ

•   It’ll be a bummer to lose Sean Desai, who is reportedly interviewing with the Raiders (per Ian Rapoport). But I’m a bit envious of someone potentially living my dream of leaving Chicago for Vegas in the dead of winter.

•   The podcast boys got back together to talk Bulls over at Talkin’ Toros. It had been a while since we were able to link up, but this Bulls team is exceeding our early season expectations. What’s next? Well, Eli has a rumor roundup at BN Bulls. My gut feeling is that they’ll be hanging around the rumor mill until the time is right to strike the right deal for this team. This front office has earned that much in terms of getting the benefit of the doubt. Hopefully, the Bears front office can get to that point some day.

ZiPS Takes a Crack at the Early National League Projected Standings – Cubs Have a LONG Way to Go – https://t.co/4IPttyTEfK pic.twitter.com/mC8QBhuZd0

•   It was rough night for the Blackhawks on the ice, but even worse off of it:

Last night’s outburst from Rocky Wirtz destroyed what was supposed to be the #Blackhawks opportunity to begin to build back faith in the organization https://t.co/689SFCB7Dp